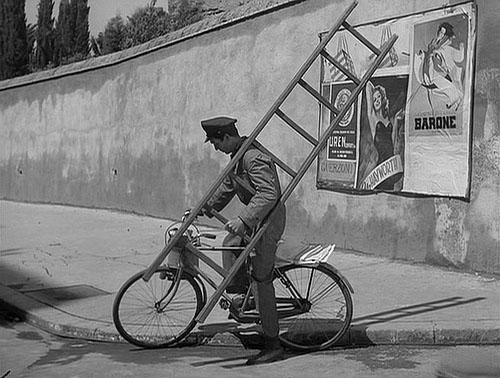 The best cycling films on Netflix and Amazon Prime Video

If you've got a couple of hours to kill while you recover from your latest big ride, what better way to fill the time up than watching one of these cycle-themed films and documentaries?

We've done a whip-round of the road.cc team and friends of the site and come up with our list of recommendations that are currently listed on Netflix and Amazon Prime Video. Enjoy!

Stop at Nothing: The Lance Armstrong Story (2014)

Recounting the story behind what many regard as the biggest sporting fraud in history, this documentary explores how dastardly Lance duped the world and became an icon, only to eventually admit to being part of a doping program in 2013. Director Alex Holmes interviews former friends, colleagues and team members to reveal the full extent of the lies, bullying and cover-ups that went on during Armstrong's ascendancy from cancer survivor to seven-times Tour de France winner before the truth came out.
Available on Netflix or Amazon Prime Video

This 80's classic starring Kevin Costner tells the story of sports physician Marcus (Costner) who persuades his unstable brother David (David Grant) to head out with him to train for a bike race across the Rocky Mountains; but tragically and unbeknown to David, Marcus has a cerebral tumour and has to come to terms with being unable to compete as his brother heads for victory. Powerful stuff and a masterclass in bike race tactics, with some stunning views of the Rockies!
Available on Amazon Prime Video

This touching French language film directed by the Belgian brothers Jean-Pierre and Luc Dardenne tells the story of 11-year-old Cyril, who is abandoned by his father and left in care before befriending a local hairdresser. Not strictly about bikes, but the closing scene where Cyril rides away is certainly shocking and memorable.
Available on Amazon Prime Video

A film that was originally going to be about director and amateur bike racer Bryan Fogel trying to get better at cycling through taking performance-enhancing drugs, only for him to happen across one of the biggest doping scandals the world has even known. This Oscar winner has to be seen to be believed...
Available on Netflix

Based on the true story of multiple sclerosis sufferer Ramón Arroyo, who was told he wouldn't be able to walk 100 metres after his diagnosis... to which Arroyo responded by completing an Ironman. Technically about triathlon, but obviously Ramon has to cycle a fair bit throughout the film.
Available on Netflix

Director and avid cyclist Michael B. Clifford tells the story of cycling in the UK, back where the modern bicycle was invented. It takes a humorous look at the sport of cycling, charting its Victorian origins up to the present day. Features cameos from Sir Dave Brailsford and Chris Boardman amongst other well-known faces.
Available on Amazon Prime Video

It's pretty self-explanatory, but this documentary tells the story of Felix Starck's 18,000 kilometre journey through 22 countries as he pedals his way around the globe in 365 days. The whole doc was shot, directed, edited and produced by Felix himself.
Available on Netflix

Blood Road follows the journey of American ultra-endurance mountain bike athlete Rebecca Rusch and her Vietnamese riding partner Huyen Nguyen, as they pedal 1,200 miles along the infamous Ho Chi Minh Trail through the dense jungles of Vietnam, Laos, and Cambodia. Their goal is to reach the site of where Rebecca's US Air Force pilot father was shot and killed in 1971, making the journey all the more poignant as she discovers how the Vietnam war shaped their lives along the way.
Available on Amazon Prime Video

This classic post-war Italian film tells centres around Antonio and his young son Bruno. Antonio is long-term unemployed but is elated when he finally finds work in Rome, only to get his bike stolen on his first day. Antonio and Bruno embark on a frantic search for the bike, that he needs more than anything in order to continue in work.
Bicycle Thieves regularly features in must-see lists, and was even named the greatest film of all time by Sight and Sound magazine in 1953.
Available on Amazon Prime Video

An unusual title and unusual subject matter, Murder of Couriers tells the story of a group of cycle couriers over a three year period. Some of the stars of the film tell how they escaped a life of crime and drug abuse by replacing it with the thrill of getting out on their bikes and getting paid for it...
Available on Amazon Prime Video