Time trial world champion quits day before Tour individual time trial – so this bike gets the day, and the rest of the Tour, off
by David Arthur @davearthur

World time trial champion Rohan Dennis has quit the Tour de France on stage 12, about 80km into the route, and a day before the individual time trial today in which he would have expected to compete for the win.

The reason for his departure is shrouded in mystery and speculation and we're certainly not going to add to the storm. There have been some whispers that he wasn’t happy with his equipment, namely his bike and skinsuit. Why? We’ve no idea. He did win the recent Tour de Suisse opening time trial so the bike can’t be too shabby. Of course, don't know which bike he might have had issues with, his road bike, which he was riding when he quit, or his TT bike that he would have ridden today. 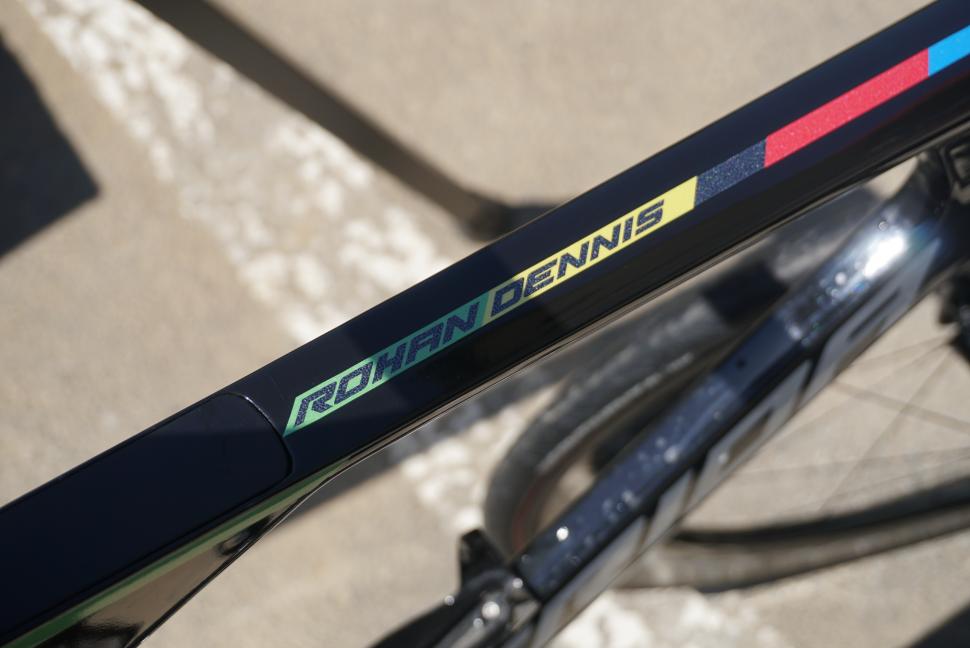 “Rumours have suggested that Dennis may have had some issues with equipment in the team earlier this year, but whilst Stangelz [Bahrain-Merida sports director] admitted that although there had been some lengthy conversations about Dennis' time trial bike, solutions had always been found when they were needed, says Cyclingnews on the issue Dennis apparently had with his bike.

We expected Dennis to figure in the time trial today too, we shot his Merida Time Warp TT and its many interesting details ahead of the race in Brussels. Even though he’s not riding, it seems a shame not to share them with you. So here’s a look at the bike he would have been riding had he not quit the race in spectacular fashion. 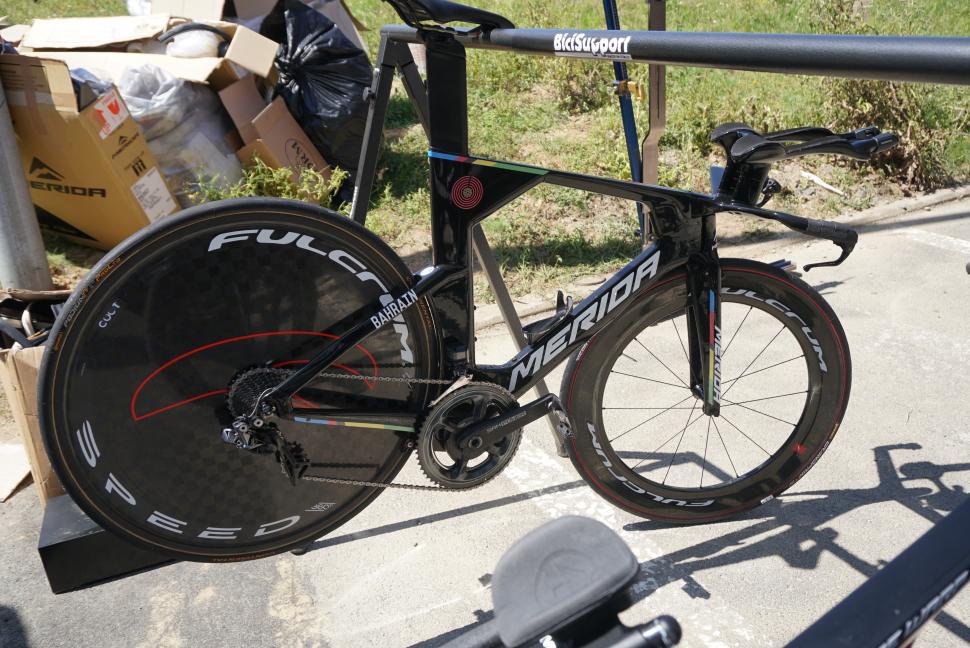 The Warp TT has been in Merida’s very large bike range for many years, but it was updated not so long ago. Frame weight was reduced by 400g over the previous version thanks to a new carbon layup, aerodynamics have been cleaned up with a cover housing over the front and rear brake - this alone saves a claimed 3 watts. All cables are internally routed, right down to the brake cables. It’s a rim brake only bike at this stage. It’s optimised for electronic groupsets. The Di2 junction box is neatly housed at the bottom of the downtube, which doesn’t make for easy access but it’s unlikely a rider will want to adjust the gears during a time trial effort. All-new is an integrated carbon cockpit, but Dennis shuns this setup in favour of a customised 3D printed setup. We’ve seen this before, previously with Team Sky a few years ago where the technology was first utilised to provide a bespoke time trial solution. Whether it’s made by the same company we don’t know. Dennis has a very high handlebar position with the extensions angled upwards, in a position reminiscent of the praying mantis. It brings the hands closer together and helps to tuck the arms and pull the shoulders around in to reduce the frontal surface area. The foam pads look very handmade, the mechanics really have just used some foam and cut it roughly to shape. There’s a more interesting material used on the extensions, it looks a bit like velcro but it’s soft, rubbery and grippy. It’s not dissimilar to the tech used on the Prologo saddles. On the base bars at the brake levers is a more familiar grip tape we’re so used to seeing on TT bikes.

You can do many clever things with 3D printing. Even the mount for the SRM computer is seamlessly integrated into the extensions. 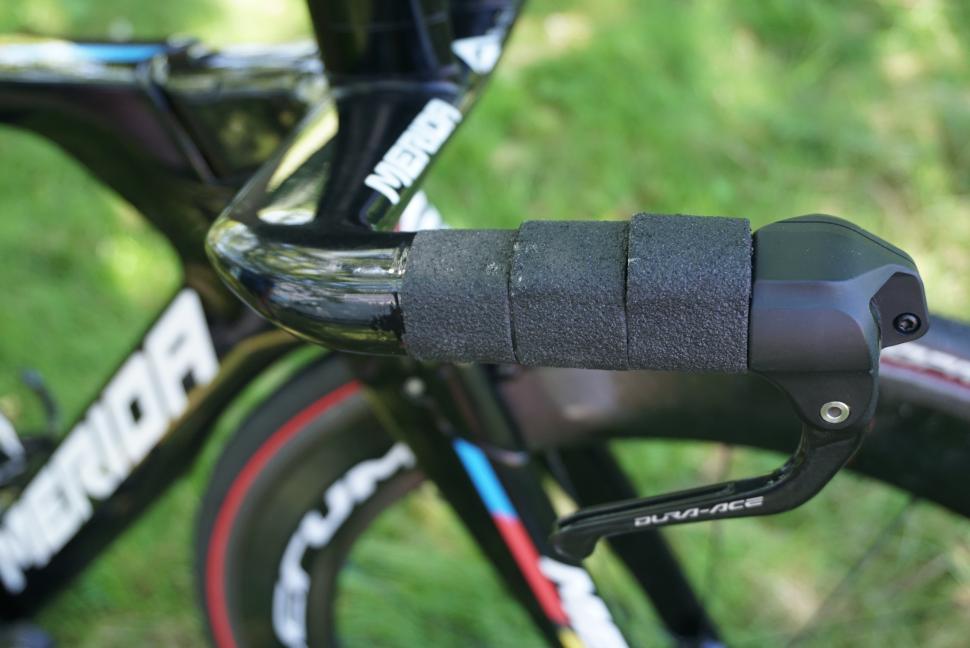 Equipment includes a Shimano Dura-Ace Di2 groupset with a massive 56/44t chainset and an SRM power meter to monitor his effort on the red line. Fulcrum supply the wheels, a Wind 55 DB clincher wheel on the front with a 55mm deep rim and generous 27mm width, and a Speed 360T carbon disc on the back with a tubular rim profile. The disc has CULT ceramic bearings in the hubs for marginal gains.

Tyres are a mix of the old and new. On the rear wheel is a Continental Podium TT ProLtd 25mm wide tubular tyres, while at the front it’s a brand new prototype clincher tyre from Continental. It’s based on the GrandPrix TT 23mm tyre but the 111 denotes the development stage of the tyre. When asked, Continental says it has no plans to release to public because they’re made at huge expense in small batches by hand. What do you think of his bike? We can't imagine it's this bike he had issues with, it looks so fast just stood still. We'll update this story as more details emerge from this bizarre event.