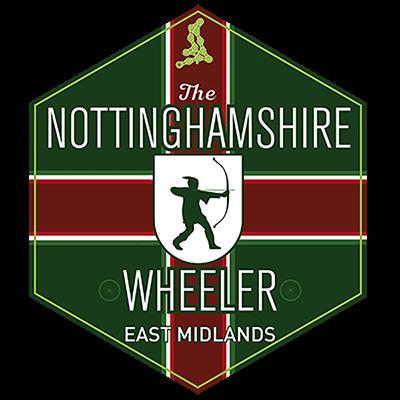 In its second year, the Nottinghamshire Wheeler Sportive has been given an earlier slot in the calendar giving you a chance to take in the brisk and winding byways of rural Nottinghamshire during the summer months. If you enjoyed last years Autumnal ride, you’re going to love it this year.

The routes start out from Southwell Racecourse and after cutting through Southwell itself riders head out north, winding through quaint English villages on gently undulating terrain, all the while tracking the River Trent for the first 20 or so miles. After passing through Sutton-on-Trent, Short route riders will point their steeds west towards Tuxford, while Epic and Standard riders continue on a northerly track. Here the Epic and Standard routes take in more of glorious Nottinghamshire: crossing railway lines and canals, bisecting swathes of pastureland — you really begin to get a sense of the area.

There are no sudden climbs to note in these early stages of the ride to catch you unawares but make sure you leave a little in the tank for the latter stages of the course.

After reaching Retford riders will work their way south, dropping down through the lovely village of Egmanton before cycling on to Farnsfield. The Epic and Standard routes will split for a second time with the Epic riders continuing south and the Standard riders making a break for home, heading out east and returning through Southwell for the last time.

At this point, Epic riders turn west initially as they begin to climb higher to the town of Rainworth. From here you’ll head south to Calverton where you will find Georges Lane - a climb that may test you a bit if you haven’t kept up with your training during the spring months.

After a quick descent into Woodborough, you’ll have a short recovery before we test you one final time, before the home stretch. Lingwood Lane is a short-lived climb with a short respite half way up, before the final 9% kick at the top. Take time to catch your breath now as it is all downhill for here, giving you a chance to take in the sights along the river Trent.

This year, thanks to the fact the event is now held in the Summer, the Nottinghamshire Wheeler has introduced a third longer route giving those riders who relish a century cycle ride a chance to make a day of it, while still catering to those who just want to take a leisurely cycle around Nottinghamshire.