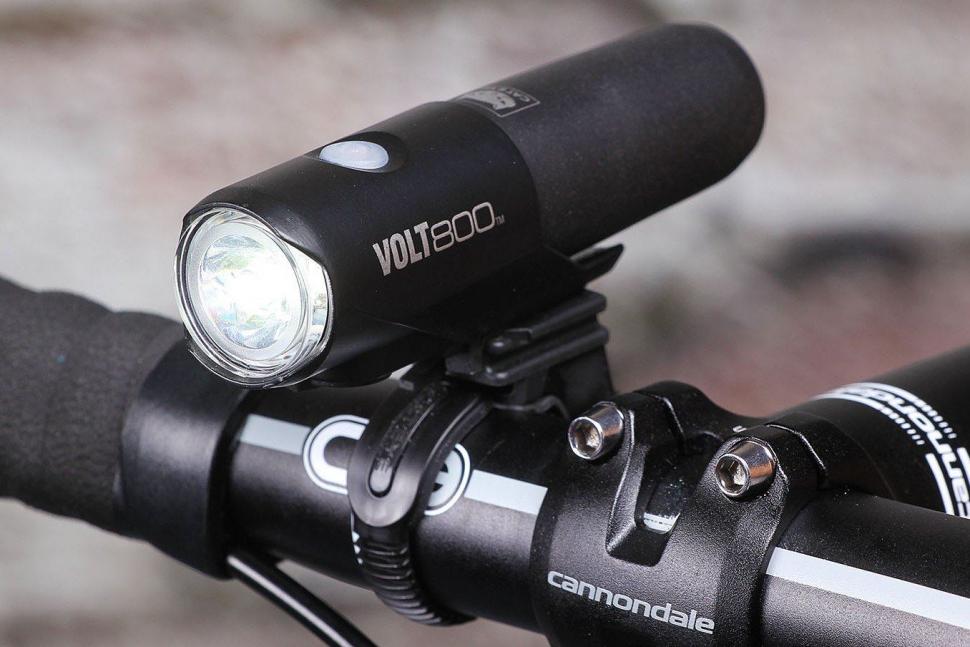 Before you go any further, you might like to first read our guide to the best front lights for cycling which features our beam comparison engine. After that, it would make a certain amount of sense to also check out our equivalent guide to rear lights.

Front lights are about seeing as well as being seen. If you’re in town, you’re unlikely to need something quite as bright as if you’re going to be riding on dark country lanes, but you do need to be visible. A light with good side visibility helps ensure that you can easily be seen when pulling out of a junction. 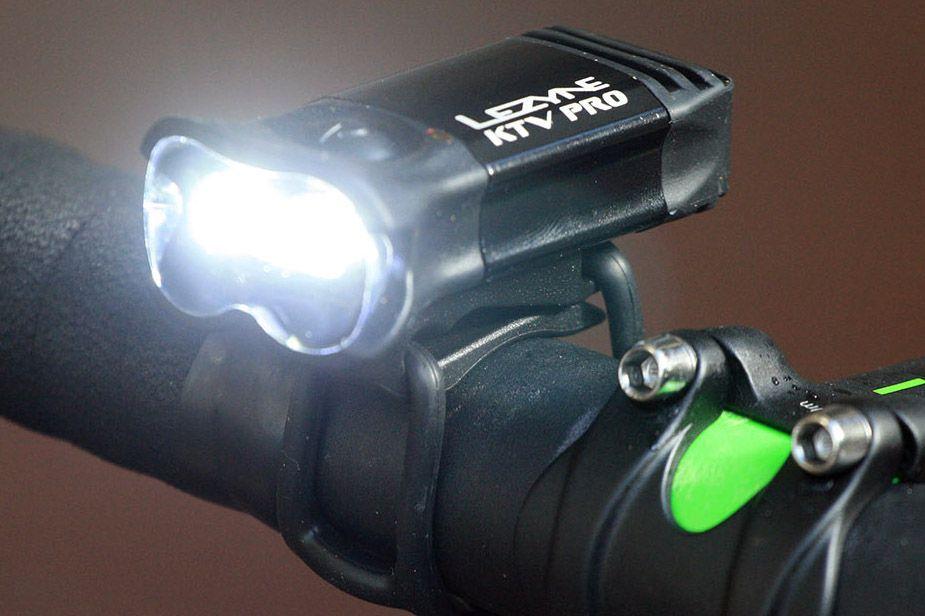 The Lezyne KTV Pro front light is a six mode safety light, intended mostly for being seen, that's just powerful enough for suburban navigation in blast mode. Its build and quality of output in lower settings are its most compelling features. 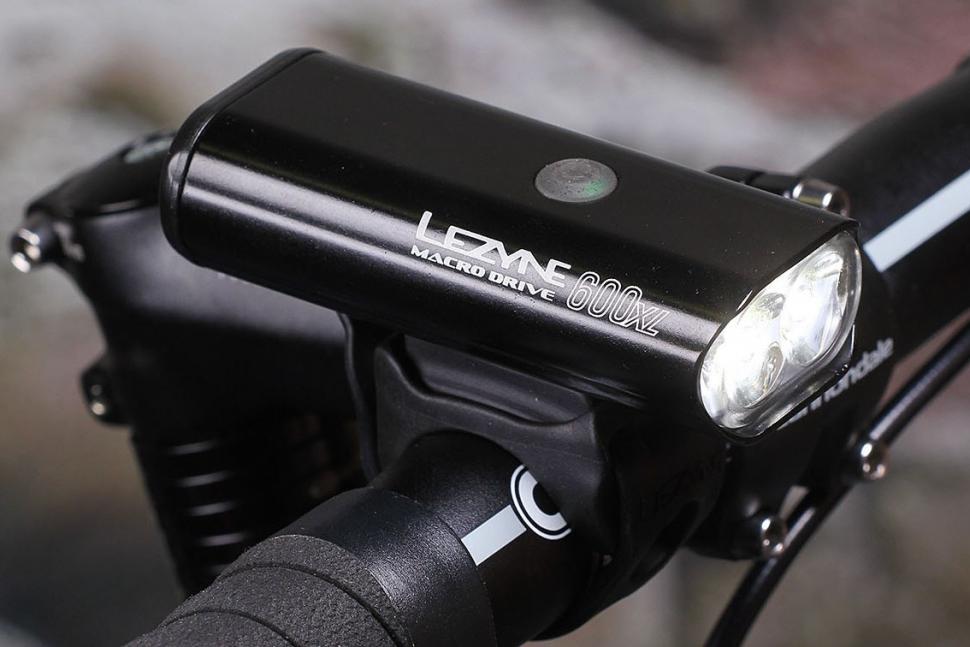 The Macro Drive is designed for those who, along with the obvious need to be seen at night by other road users, need enough light to blaze their own trail through the night.

Accessing any of the lighting modes up to 400 lumens is easy enough, you cycle through the modes with the single rubber button on the top of the light. When you want to access the top end 600-lumen setting, Lezyne has a separate "Overdrive" mode, enabled by holding the button down for five seconds. Once in Overdrive, you can then only switch between two modes – the 600 lumen one, and a 150-lumen 'economy' setting. It's very similar to driving a car down a dark road and switching between dip and full-beam.

Last winter we called the Volt 800 "quite possibly the best single-barrel LED front light on the market right now". It was good for its original £100 RRP, it's very good for £70. Need stupendous amounts of light now and then? Maximum power on this mountain bike system only runs for three hours, but for road riding you'll just switch it to high beam when you need it, and run at lower power the rest of the time. If, say, you have a commute that takes in some unlit downhills, it'd be a bargain.

Rear lights are for being seen and many riders fit more than one to make themselves even more visible. As with front lights, it’s best to get a light with a wide angle of visibility. 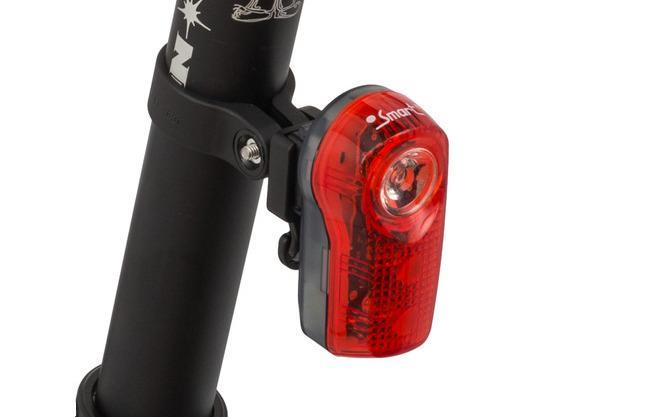 Not long ago, this was the benchmark super-bright rear light, with a one-watt output and powered by a pair of AAA batteries. If you're  silly, you can pay £20 for this light, but if you're quick, Planet X is knocking off another 25% until the end of November. 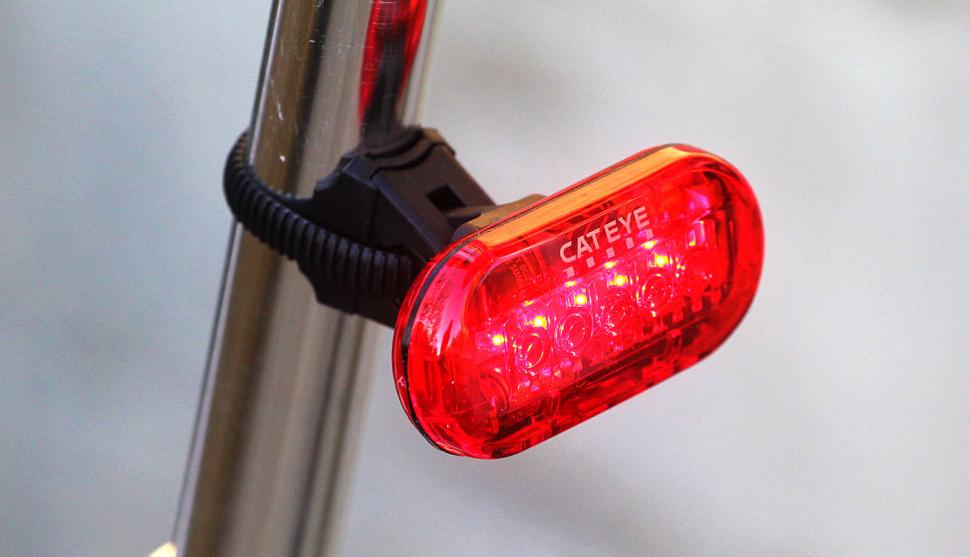 An inexpensive and dependable rear light that's easy to fit and use. There’s no USB charging or anything exotic like that, but it’s good and visible from all angles.

Read our review of the Cateye Omni 5 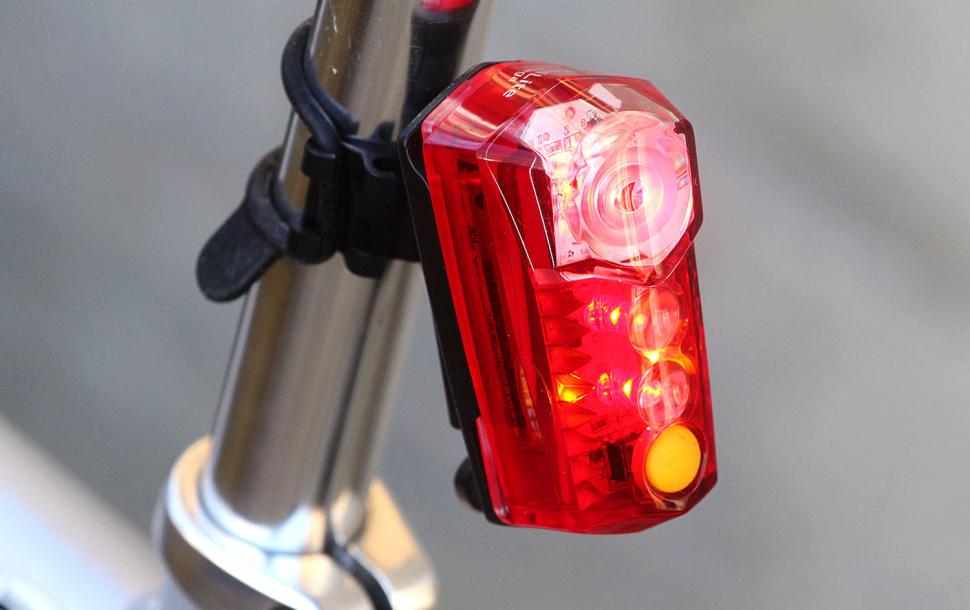 This one’s down from £24.99. Surprisingly compact, it’s powered by AAA batteries and is very effective.

Read our review of the Topeak Redlite Mega

A high powered rear light with a range of modes that is guaranteed to get you noticed. It actually illuminates the road to a significant degree which can help encourage drivers to keep their distance.

Read our review of the Moon Shield 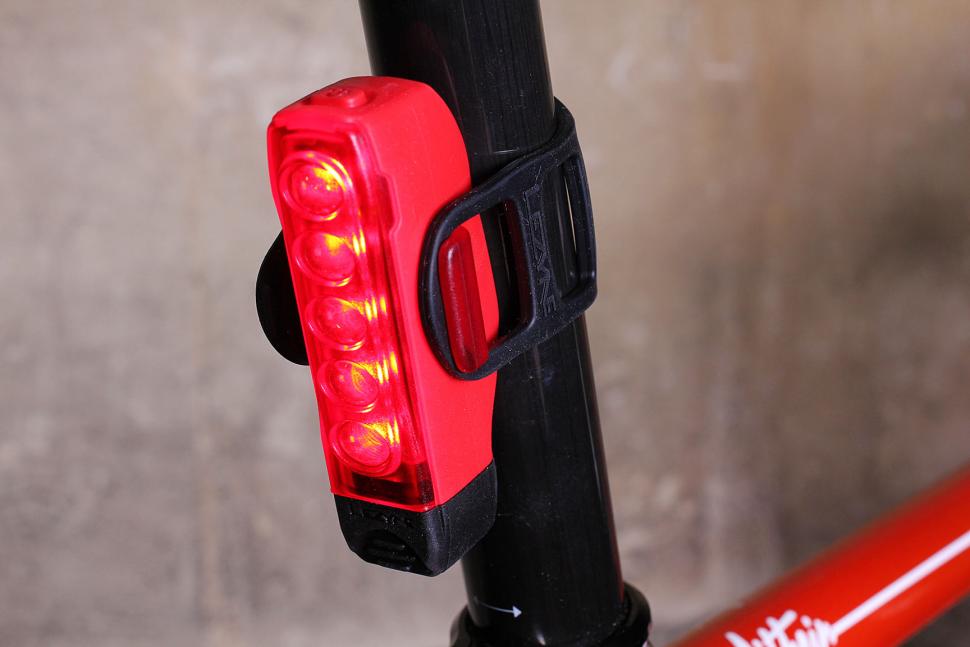 Lezyne's Strip Drive Pro packs plenty of punch and it's easy to fit to a range of bikes. Battery life is on the short side, but it's a good choice for faster roads where you want to maximise your visibility.

You’re going to need at least one of each and bargains can be had if you purchase your lights as a set. 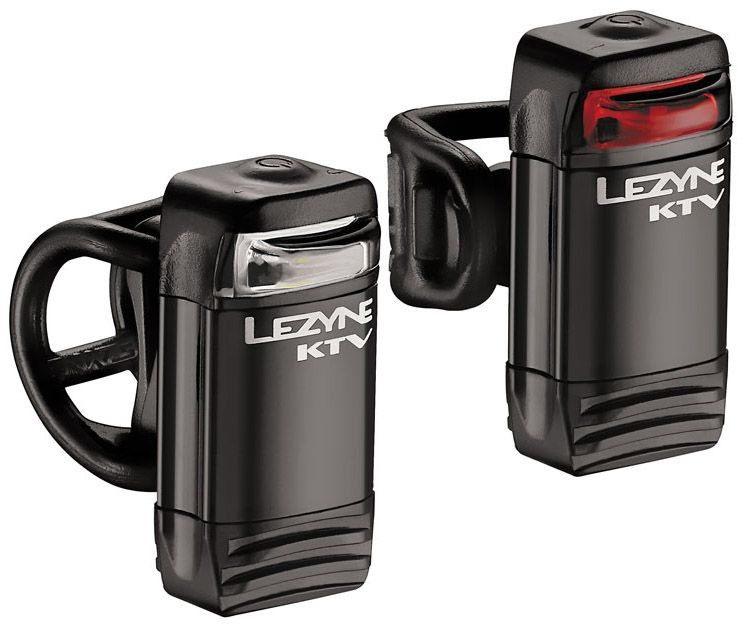 This is a great deal for a pair of rugged ‘be-seen-by’ lights that deliver decent light and battery life considering their size. Recharge via a built-in USB plug hidden underneath solid rubber covers. You can pick up the front light on its own for a fiver.

Read our review of the Lezyne KTV Drive Front 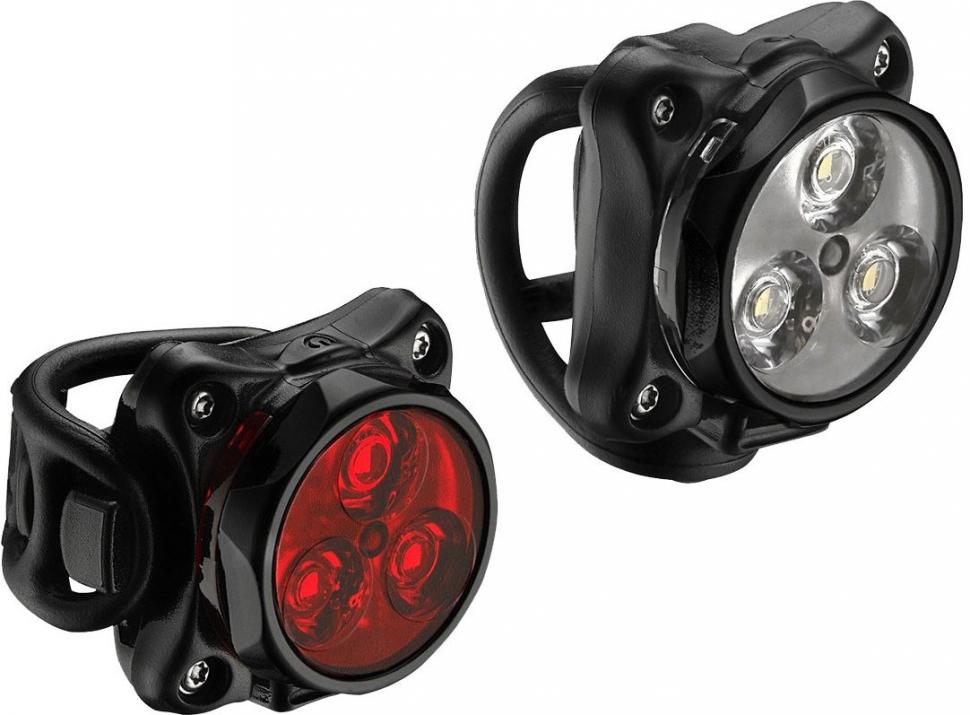 Great front light, great rear light, great pair of lights for a great price. It's important to note, however, that despite reasonable brightness, the Zecto Drive Front is primarily for alerting drivers of your presence, rather than for seeing your way. 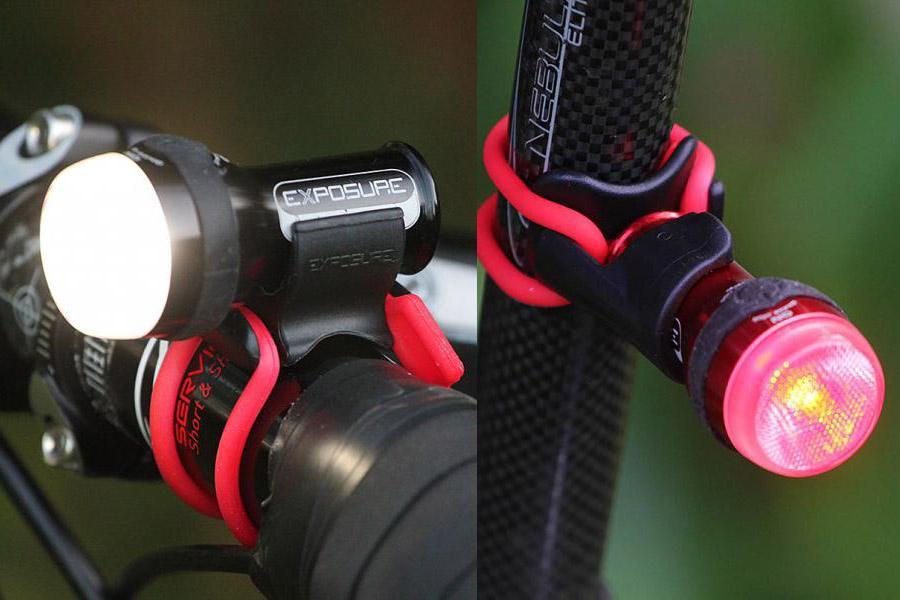 Exposure Lights' Trace and TraceR light set is a pricy but solidly made and extremely handy pair of LED lights.

Up front, The Trace pumps out a claimed 110 lumens. It's more than enough to be seen with and at a pinch it puts out enough light to see on unlit paths, as long as you don't try and take any Strava segment records on the way.

Out back, the TraceR is like a USB-rechargeable version of Exposure's classic Flare rear light and puts out bucketloads of light. It's a light for the back-marker on an evening group ride because following a rider with a TraceR (or a Flare) is almost painful.