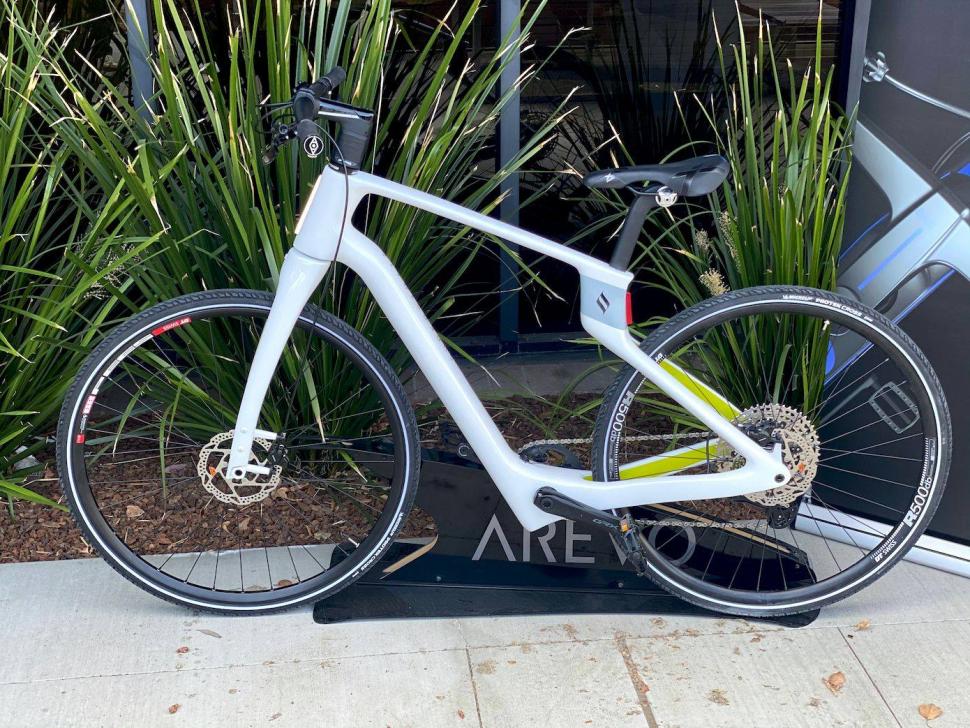 A number of backers have been underwhelmed by the Indiegogo project for the futuristic 3D printed bike so far, and many are still awaiting delivery
by Anna Marie Hughes

How is life as one of the 4559 backers of "the world’s first made-to-measure 3D-printed bicycle with an impact-resistant unibody carbon-fibre frame" that launched on the crowdfunding Indiegogo website last year? From the looks of the comments section on Superstrata's Indiegogo page, not so great… most backers are currently bikeless, and the bike that is on the way looks a long way from the sleek prototype originally shown. 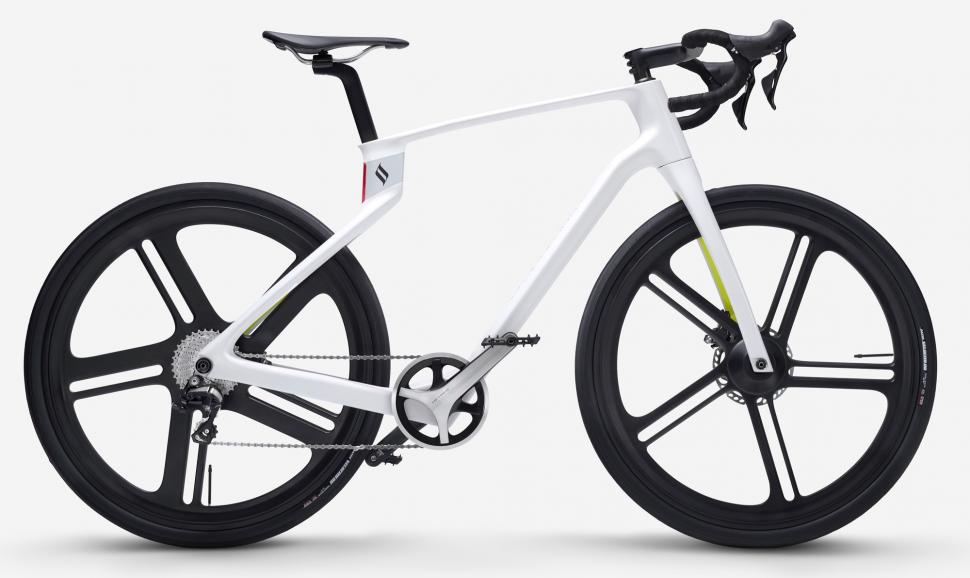 Superstrata raised £5,174,665 on Indiegogo after showing futuristic-looking bikes constructed from seamless carbon. The bikes are produced using thermoplastic materials by Arevo—a company that specialises in continuous carbon-fibre products—and were available to pre-order in July last year, as we reported here. 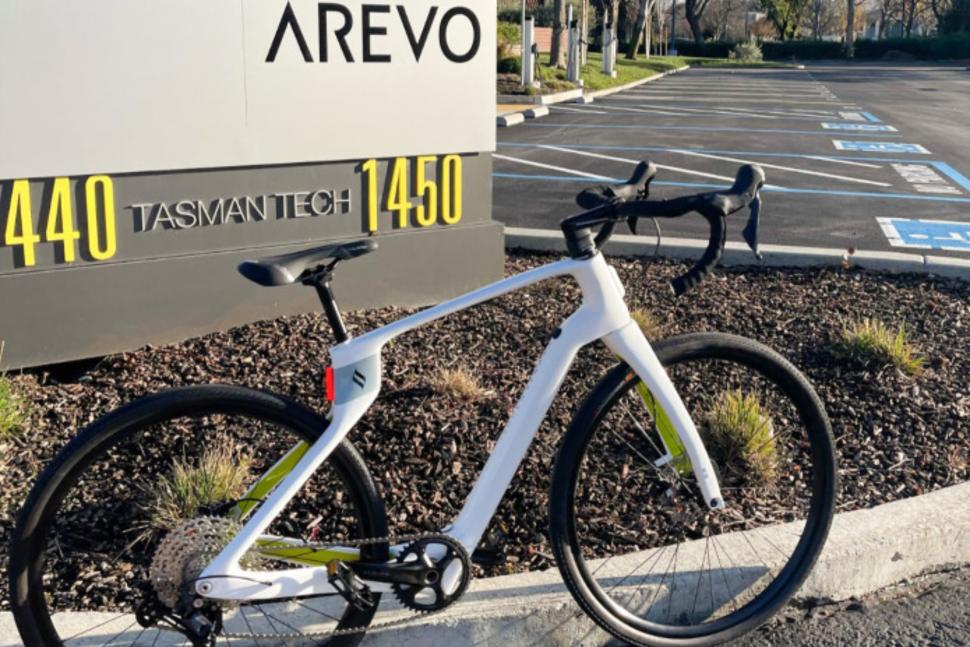 Jumping forward to January 1 2021, Superstrata Bike announced in update 34 on its IndieGoGo page that the first bike was built and shipped, albeit delayed and not in the numbers envisaged.

The California-based brand wrote: “Due to the sheer complexity of the process, as well as our team’s determination to make sure that there’s no compromise on the Superstrata, we have taken a slightly longer time to carry out all the necessary quality tests. Our team even printed more prototype bikes to see how the frame would perform under different conditions.

“With the first bike delivered, this is an important milestone for us since we are now fully in production mode. We plan to ship more bikes as we build more printers and ramp up our manufacturing capability.”

But alongside this text, the brand shared a photo that concerned many backers. It was of the Superstrata bike, but looking different from the version shown on the Indiegogo page.

The shape of the first Superstrata bike had some backers confused as the geometry appeared different from that originally shown, but Superstrata reassured customers in update 35 on February 3 2021, saying: “As we are printing the frames according to the measurements provided by our backers, the geometry of the bike changes slightly to accommodate different body sizes and riding preferences.

“During our testing period, we realised that with an urban configuration, a slightly steeper top tube would be more comfortable to the rider, especially on longer rides, as you can sit with an upright posture. A more gradual top tube would be more suitable for the sport configuration where you can sit a little more stretched out. While it’s possible to keep the gradual top tube with the Urban configuration, it would not be comfortable for the rider, which is an important design factor for us. The height of the seat post is adjustable to provide more flexibility as needed.”

Perhaps more concerning, the photo shows the front brake cable just hanging next to the front fork, not internally routed as it should be, and the front and back wheels are different models.

As part of the most recent update no.36 on March 1 2021 , Superstrata did respond saying: “The cables aren't completely routed internally for the first units because the stems we used for these bikes are not hollow enough. Our backers were informed and decided to get their bikes delivered. For upcoming bikes, we will use the production stems for the handlebars so that the cables can be routed internally.

In update 35 Superstrata also reassured backers that “future bikes will not have two different wheels”.

Added to this, other parts of the finished design have also left backers less than impressed. Backer Leo Alexander Yokley complained that “the rear lights protrude too much and need to be flush”, for example. 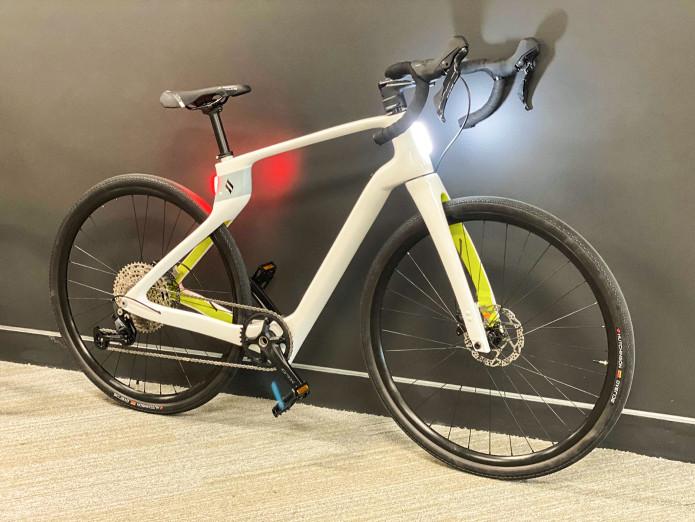 Superstrata responded: “First, a deeply embedded light would compromise the integrity of the frame which is a critical safety issue. Second, if the lights do not protrude out, it would not be possible for them to be seen from the side which is a compliance issue when we ship the bike. However, we want to make sure that the lights do not diverge too much from the original design, thus the protrusion will be minimal.” 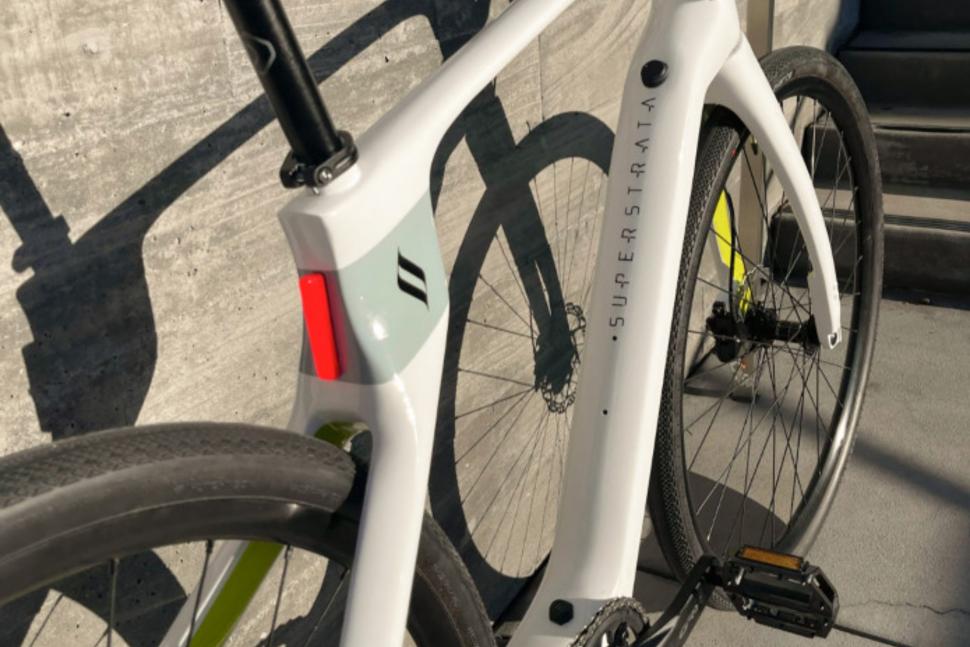 Then there are the delays…

Superstrata said: “The factory in Vietnam is being set up at the moment. We have been granted the registration certification by the Vietnamese government for our printing facilities recently. Our printers are being assembled, and we are running tests on them before putting them in production mode. The Covid situation in the US is causing a delay in the shipping time of our printers to Vietnam, but we expect the process to be accelerated by the end of February. However, please rest assured that our printers in the Milpitas [California] office are still running at full capacity and will cover production until then.”

Also, where are those neat looking carbon wheels from the Indiegogo campaign? Superstrata says: "The testing of the carbon fibre wheels is taking longer than expected as it’s a complex structure to print. Furthermore, we are fully focused on printing the frames and delivering the first batch of Superstrata bikes at the moment so the carbon fibre wheels production is delayed. However, we expect this to pick up soon.” 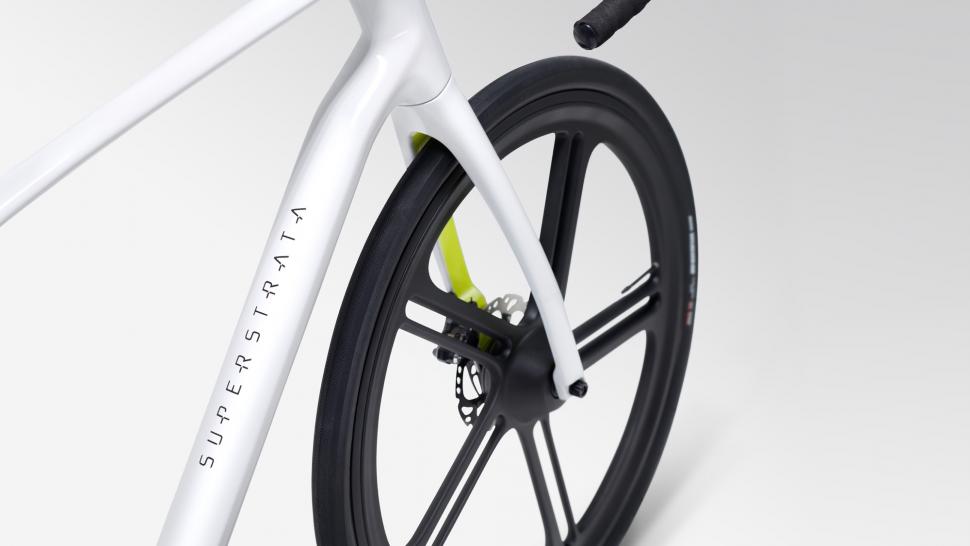 Indiegogo’s terms require brands to provide updates to backers at least once a month; and with yesterday's update they're currently meeting this target, if not addressing all the concerns from backers. On the 3 February update, which came over a month after the last one on New Year's Day, Superstrata said: “This update was a little overdue, however, we plan to have more regular updates from now on.”

Comments such as user Jam’s have only just been answered in the most recent March 1 update. They said: “You guys wrote in the specification that there will be a custom seat post. Now u [sic] did a switch in update 35. This bait and switch behaviour won’t get the brand anywhere.”

In response to this, Superstrata said: "We have been debating on whether we should go with a custom seat post, however, based on our backers’ feedback, we opted to go with a traditional seat post and external clamp instead. Many backers have expressed a desire to be able to use other 3rd party components on the bike, with the seat post being one of them. " Not that this really addresses the problem...

It is evident that many backers have been left very disappointed, especially given the amount of visible comments on the Indiegogo page concerning refunds.

Have you backed a Crowdfunding page for a cycling-related product before?  We’d like to hear more about your experiences, good or bad… Let us know in the comments below