Our nightly trawl through the archives takes us back to the last decade and some very fine German (designed) steel, (oh, and the bonus vid… things were different back then)
by Tony Farrelly

Tonight we’re going deep, deep in to the road.cc archive back to 2009 for a bike which if you’re lucky enough to own one will surely be a collector’s item in years to come, yep it’s the very beautiful Fixie Inc Betty Leeds.

Fixie Inc – strapline: Cycles for heroes –  blazed briefly through the cycling world from the end of the noughties with a slew of eye-catching machines - mostly fixed gear, and often belt driven, plus their legendary car scratcher bars (think Vecchiojo has a set of those) and a number of other interesting innovations like the Kickflip - the first flip flop hub for belt drive bikes and a quick release mudguard system… although some of us were never convinced about the Velcro  strip on the downtube. But I digress. 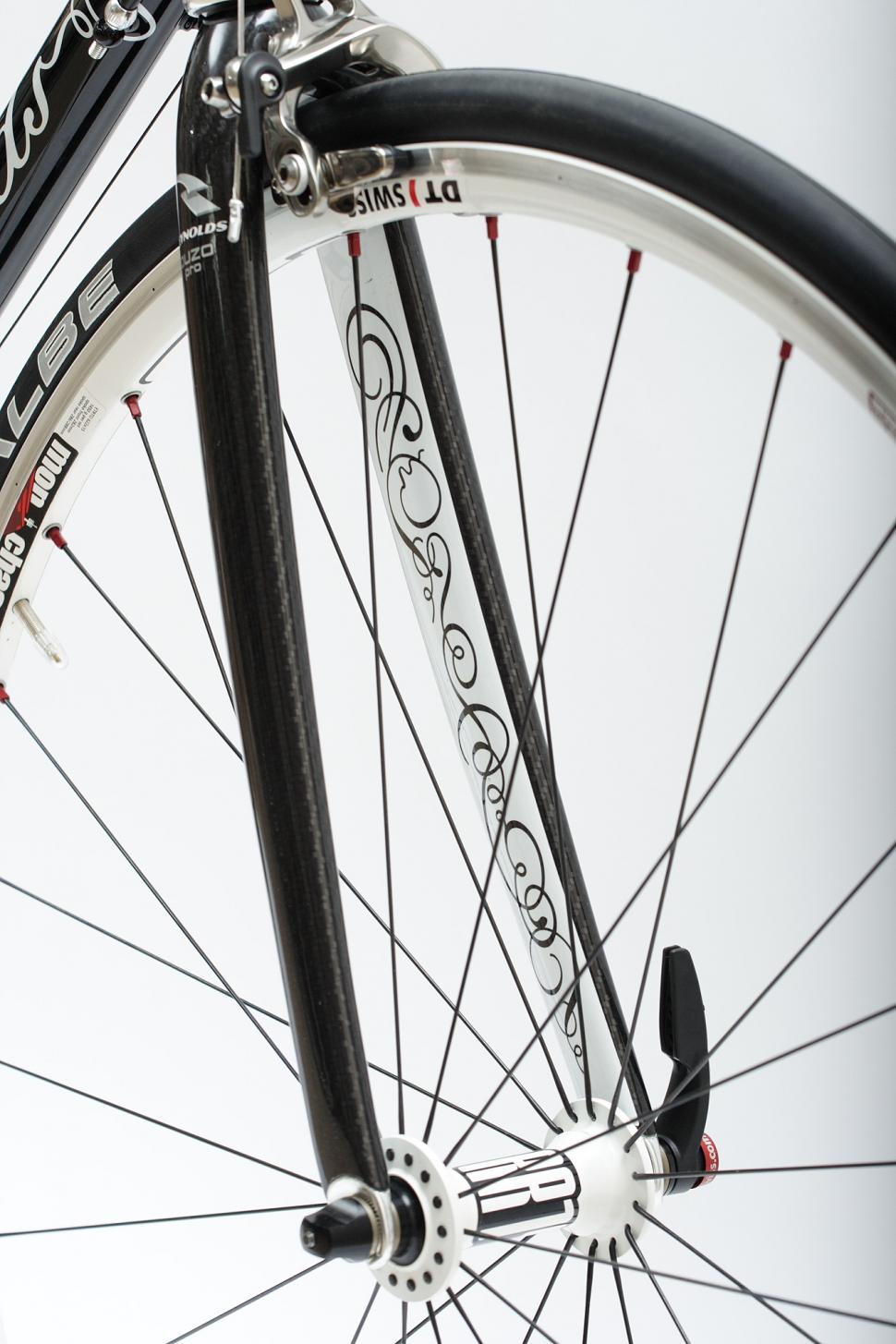 They also made two very classy steel road bikes, the Chip Race - a no compromise crit racer made from Reynolds 953 and the Betty Leeds - what now we’d call an endurance road bike, but a very light one – especially sporting a set of DT Swiss Mon Chasserals, as our 2008 model year test bike did . It was also very comfortable too.

The 2008 model was made from 4130 Chromo but for 2009 Fixie Inc made it from a custom drawn version of the same material and took the opportunity to tweak some of the tube profiles to - for what they said was a stiffer yet more comfortable ride. Certainly the 2008 version was not lacking in the comfort stakes - and the only thing I could make flex were those Mon Chasserals. 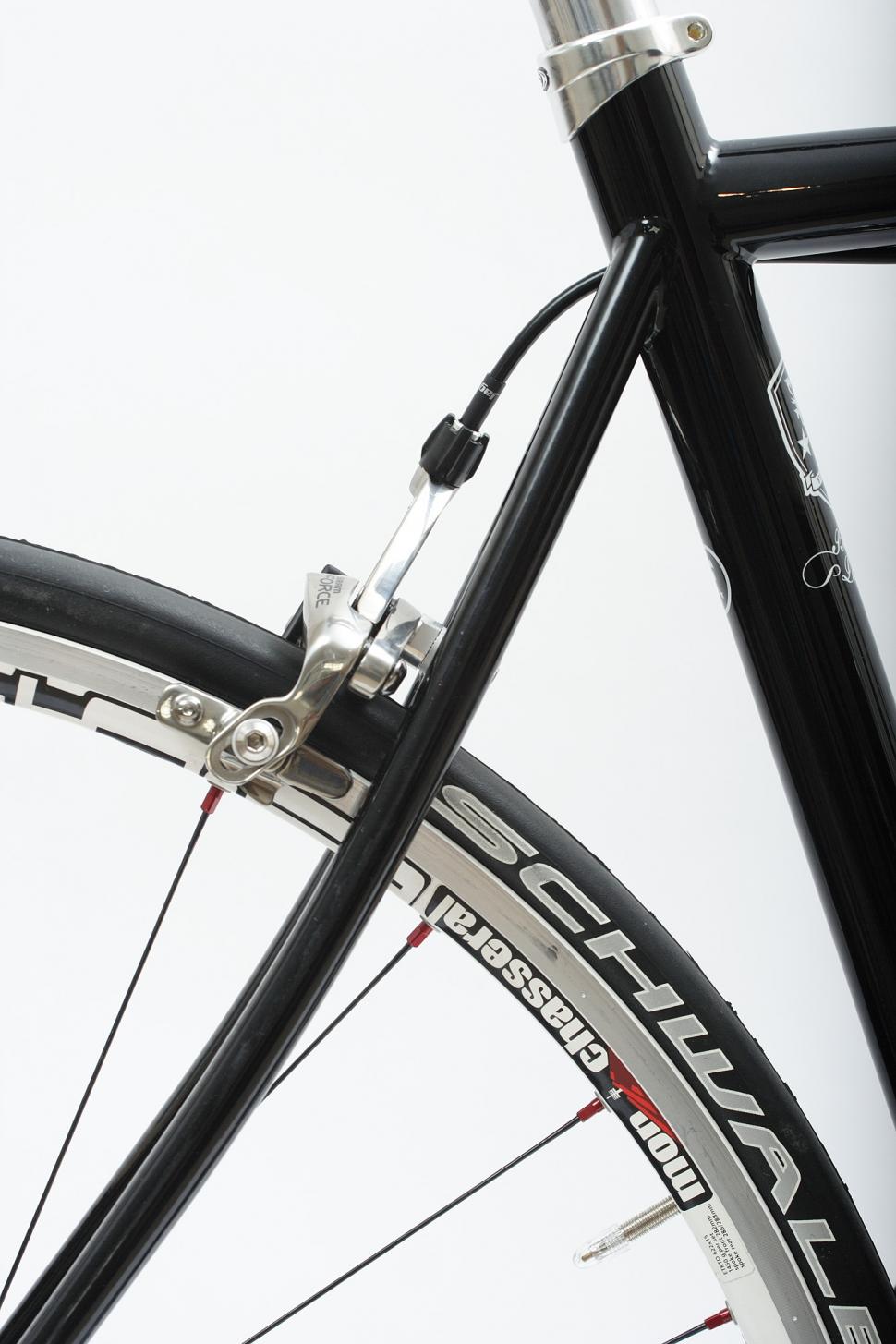 For a black and white bike it really was jaw droopingly pretty. Fixie Inc were sometimes unfairly pigeonholed as a German hipster brand, but while Recep and Holger were immersed in German fixie culture and certainly liked their bikes and kit to look cool they were first and foremost engineers – function trumped form. So though there bikes often looked quite classical in style those boys liked to push things and up close there would always be something a bit different and interesting going on, and going on for a reason. 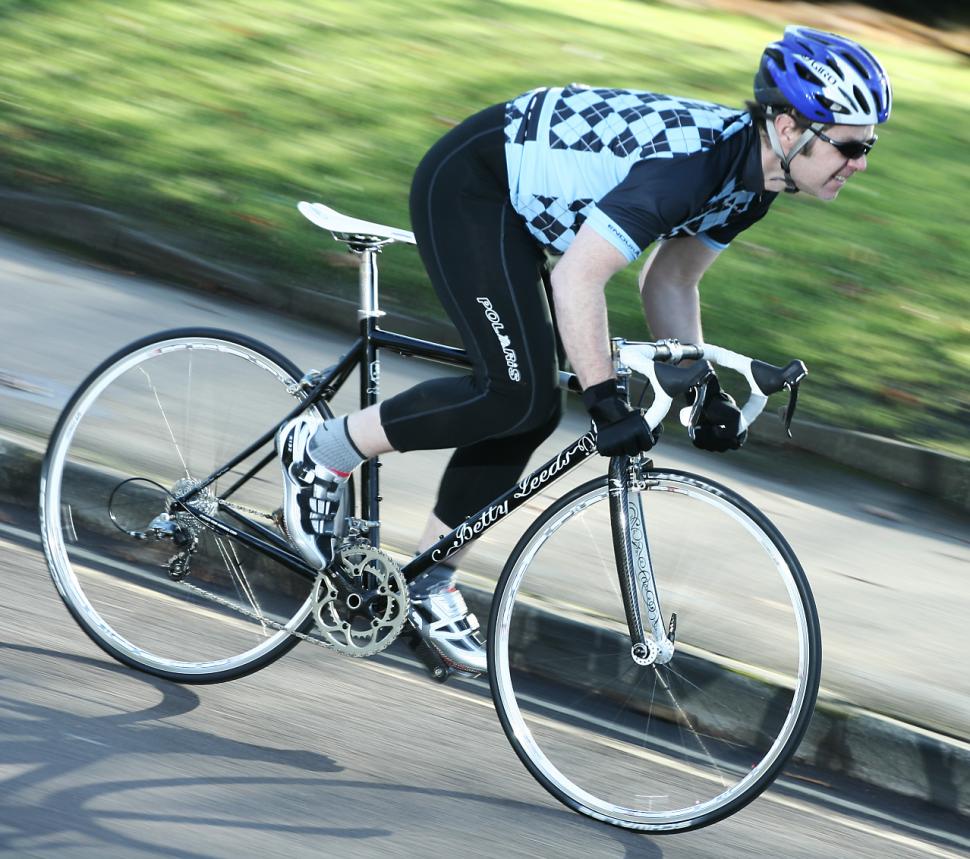 Clearly they knew their stuff because when Fixie Inc fell victim to the killer combination of fast growth and slow cashflow there talents were quickly enlisted elsewhere, some of Recep’s later work could well feature down the line in future Bike at bedtime.

You can find out more about Fixie Inc and the Betty Leeds on our Fixie Inc tag page and as a special treat here’s our 2009 video review of the bike - best not watched before bed. Or over breakfast.

One final thing, who was Betty Leeds? We never did ask the Fixie boys that, but Wikipedia suggests Betty Leeds was the married name of Spiderman's other love interest Betty Brant.