A lightweight, reactive, and comfortable race bike with the addition of disc brakes
by Mat Brett

Merida took me out to Kortrijk, Belgium, last week for the launch of the Scultura Disc bikes. As mentioned in our First Look, there are actually three different Scultura Disc frames: the CF4 and CF2 carbon-fibre models – I’ll come back to the differences between those two in a mo – and the aluminium alloy Lite. 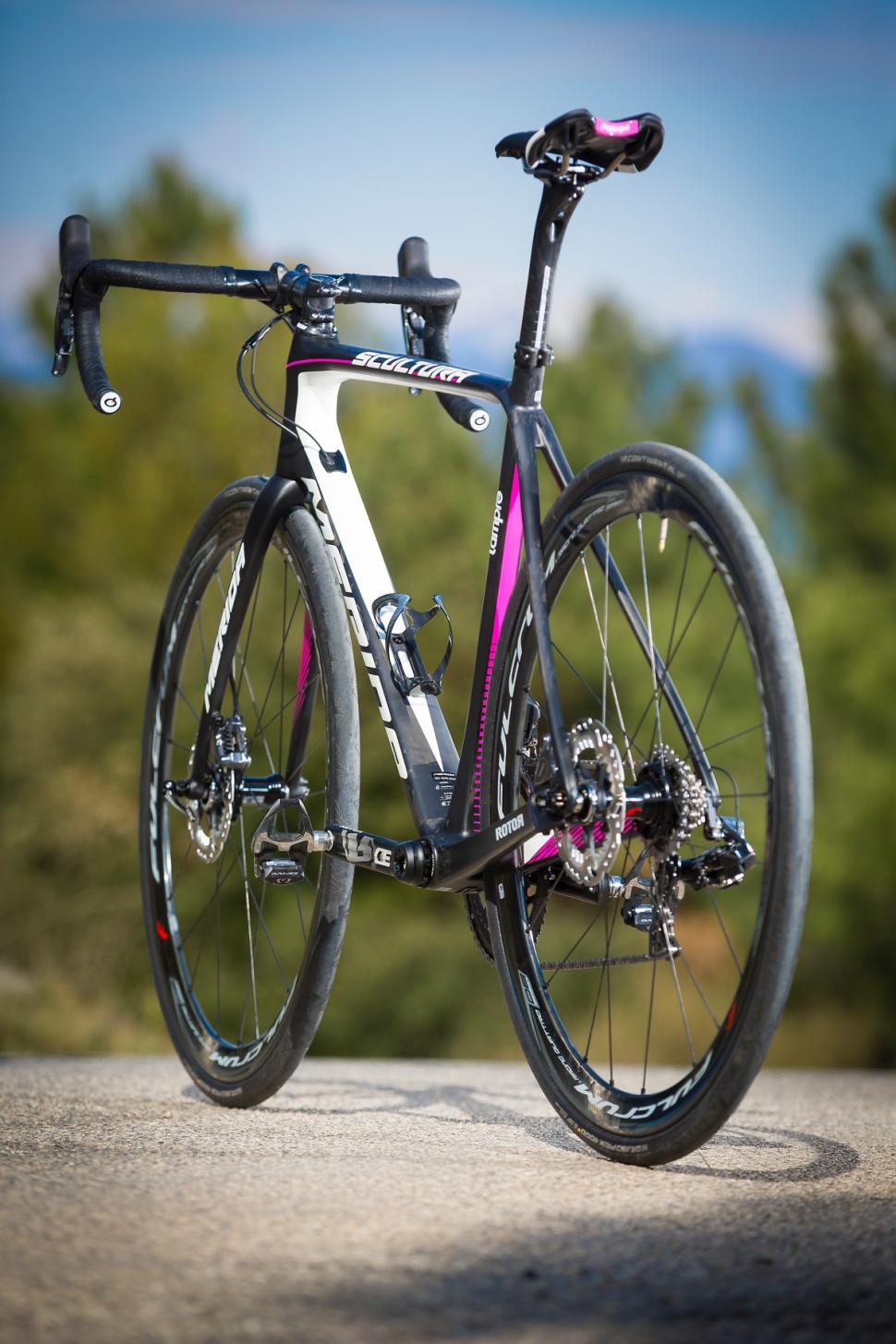 I rode the CF4 version. We took in about a dozen sectors of the Paris-Roubaix cobbles, covering about 75 miles in total, and then we went out and rode for about 40 miles the following day, including the Oude Kwaremont and Paterberg climbs of the Tour of Flanders. 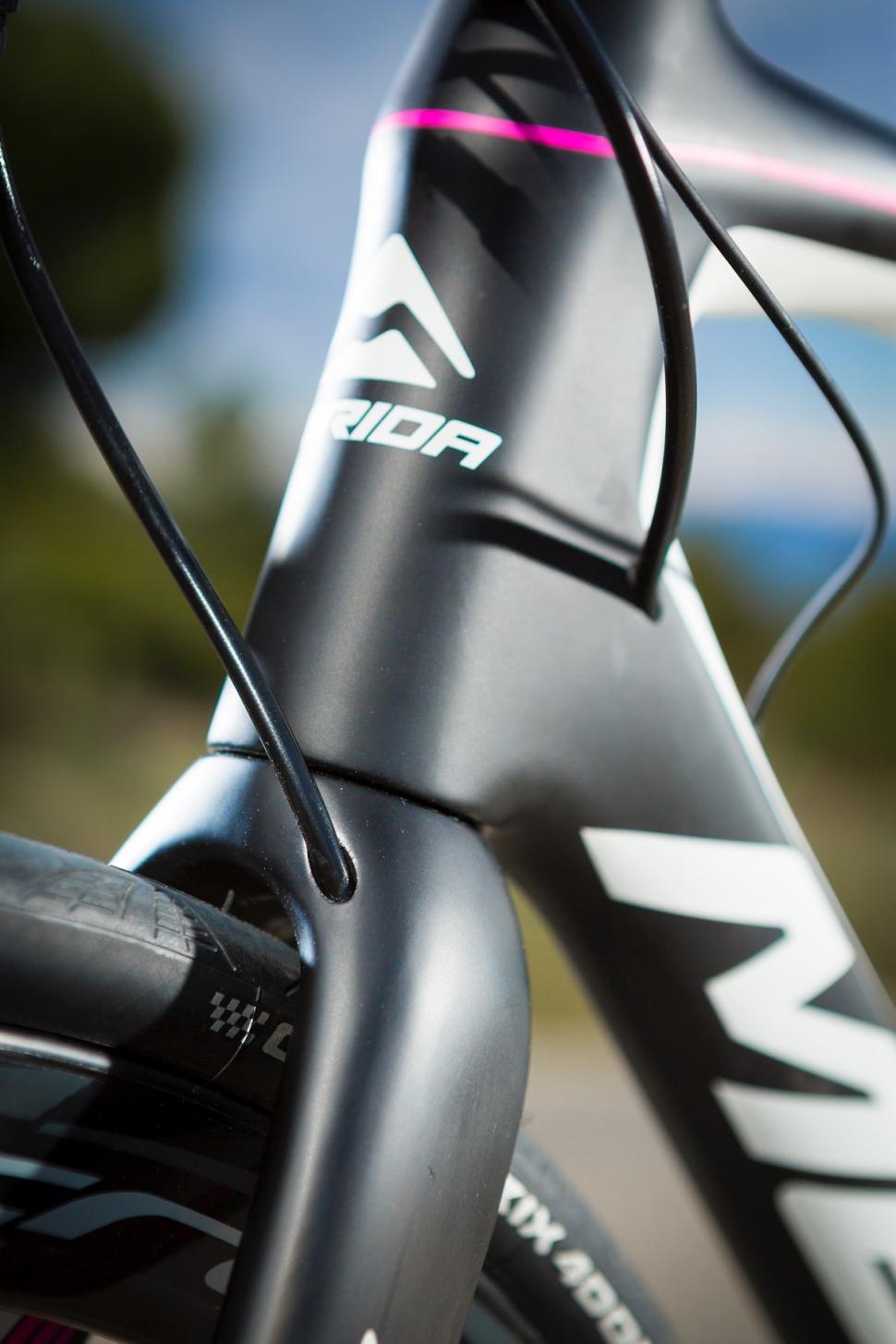 Whether or not you want disc brakes on a bike like this is certain to be a matter of debate, particularly after the UCI has suspended the use of disc brakes in the pro peloton, but the fact that you have them means there’s greater tyre clearance. The rim brake Sculturas have clearance for 25mm tyres while the disc models can take 28s. That gives you the option of putting a larger cushion of air between you and the tarmac – and, in my case over those two rides, cobbles – boosting the comfort further.

I rode the latest rim brake Scultura when it was launched last year and I was super-impressed with its combination of qualities. Stu was equally impressed when he reviewed the Scultura 6000 here on road.cc back in January. 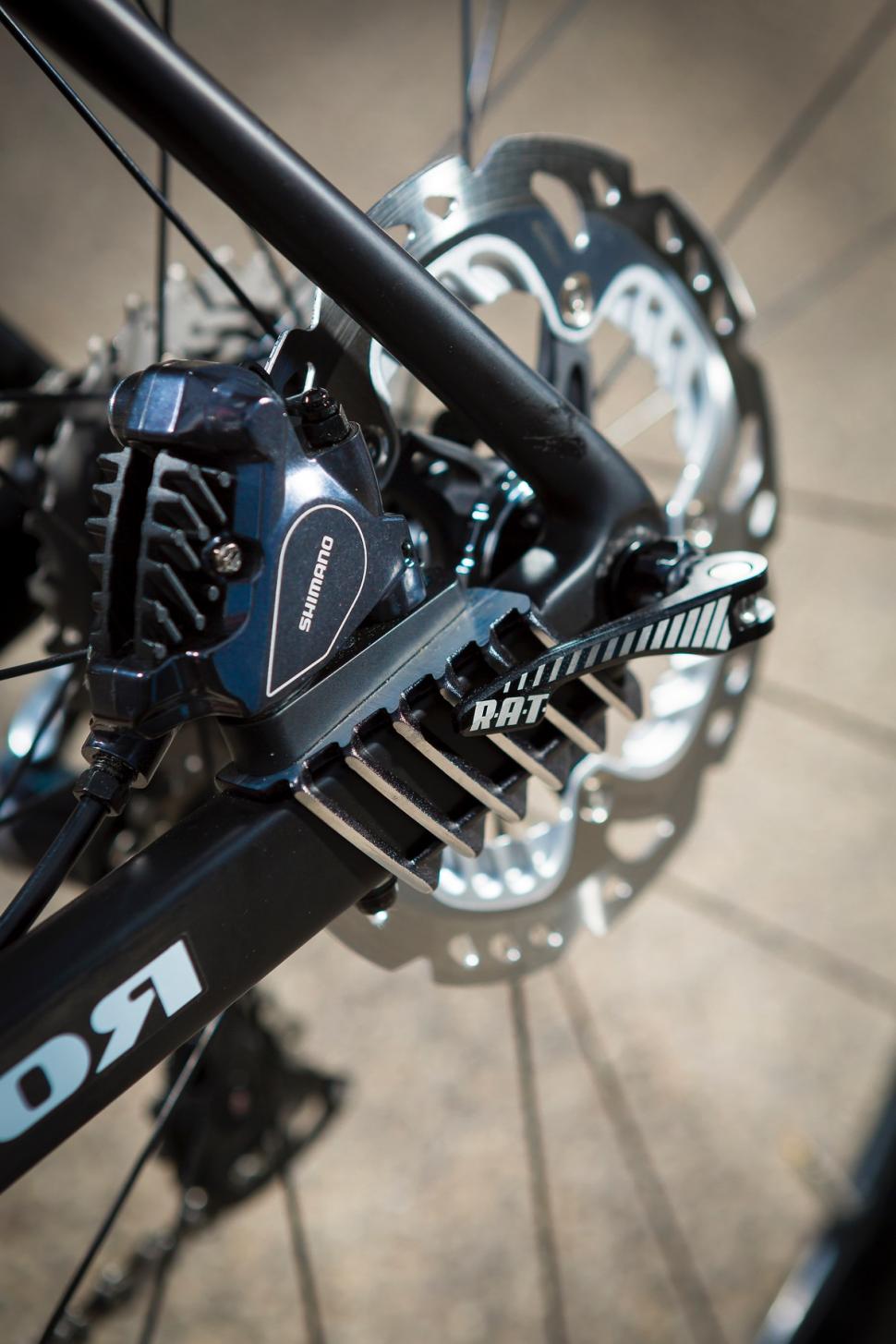 “The Merida Scultura 6000 just feels right when you get on it,” he said. “The position, the ride, the comfort… it's one of those bikes that gives you the confidence to push it as hard as you want, knowing that it isn't going to bite back.”

I’d absolutely agree with those comments. Obviously, producing a disc-brake version of the bike is more than just a matter of sticking on some new mounts. The forces disc brakes put on the frame and fork are different from those of rim brakes, not least because those forces aren’t central, they’re concentrated on the non-driveside.

That has engineering implications but you’d hardly know it because, to my mind, the Scultura Disc CF4 rides a whole lot like the rim brake Merida Scultura Team that I rode last year. Until you touch the brakes you’d have difficulty telling them apart.

In terms of geometry, the stack (the vertical distance between the centre of the bottom bracket and the top of the head tube) and the reach (the horizontal distance between those two points) are virtually identical, the only significant difference being that the chainstays are a little longer on the disc model (408mm as opposed to 400mm). 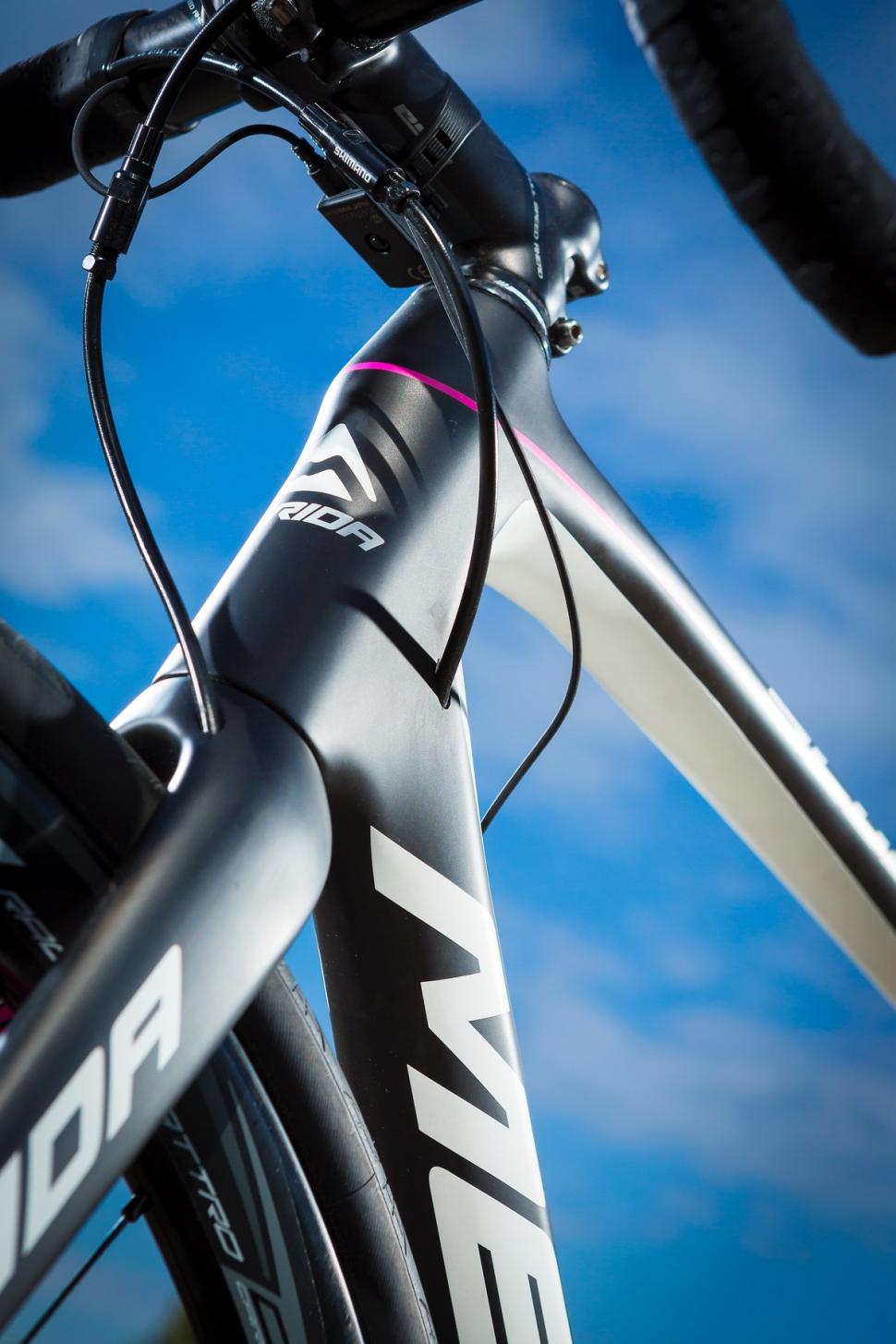 I was riding the 56cm model with a 170mm head tube, and it felt like the aggressive setup of a typical race bike. 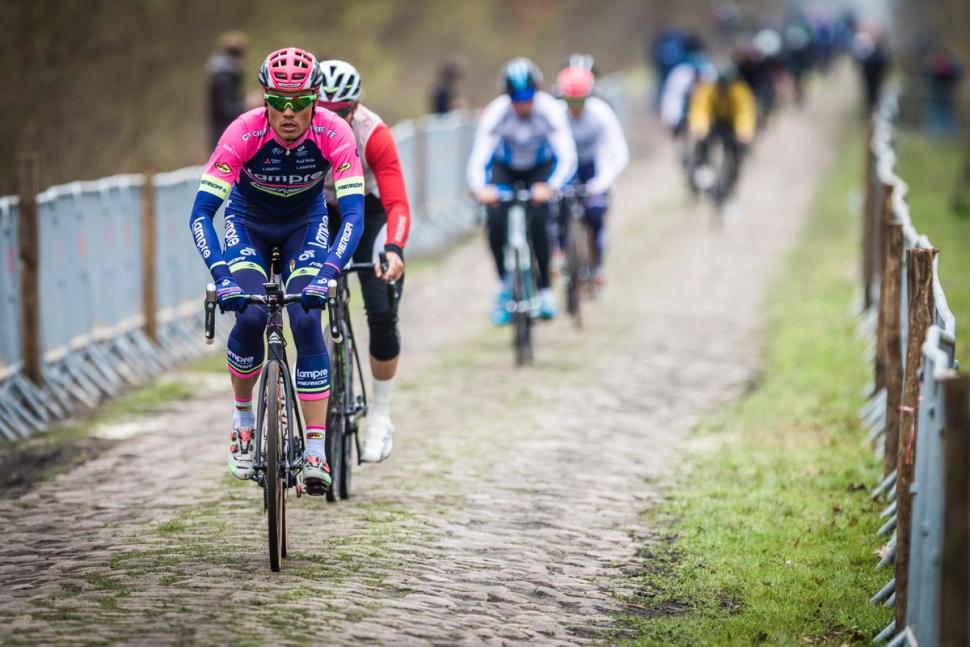 If that’s not what you’re after, the CF2, the second carbon-fibre model, is more relaxed and so is the Lite aluminium version. They each have a taller head tube – 20mm taller in the case of the 56cm model, giving a stack 20mm higher and a reach 6mm shorter. I’ve not ridden the CF2, but those figures are going to result in a position that’s still performance-orientated but a little easier on the back and neck. 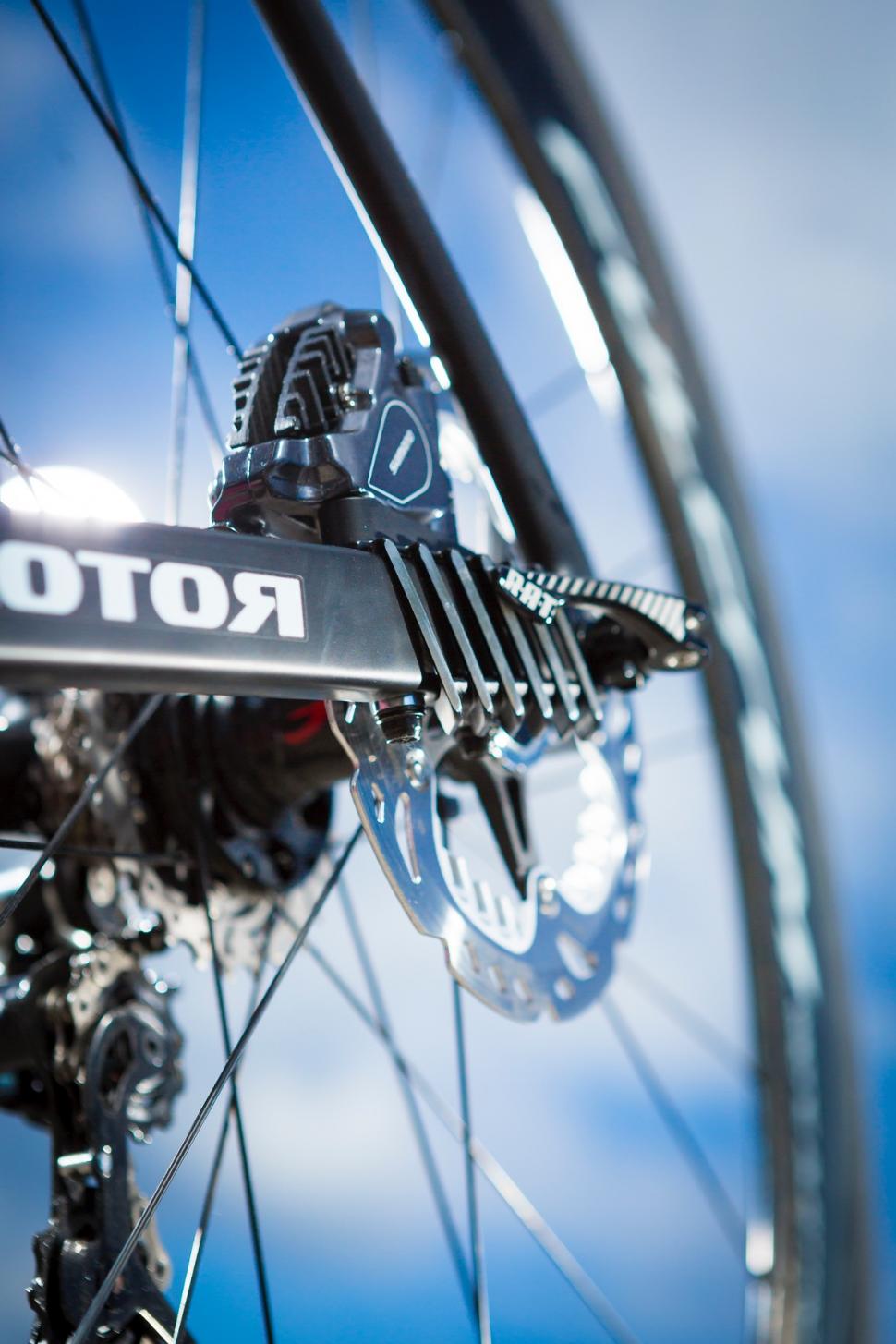 Was the Merida Scultura Disc CF4 comfortable through the Trouée d'Arenberg? Nope, those cobbles are murder whatever bike you’re on. Paris-Roubaix is called the Hell of the North for a reason. But on more uniform cobbles and, more relevant, on rough roads it’s a smooth bike, especially compared with a typical hard-riding race bike. Granted, fitting 28mm tyres (if there’s space for them) to most road bikes would improve the ride quality, but the Scultura is a little special in the degree to which it can take the sting out of uneven surfaces. 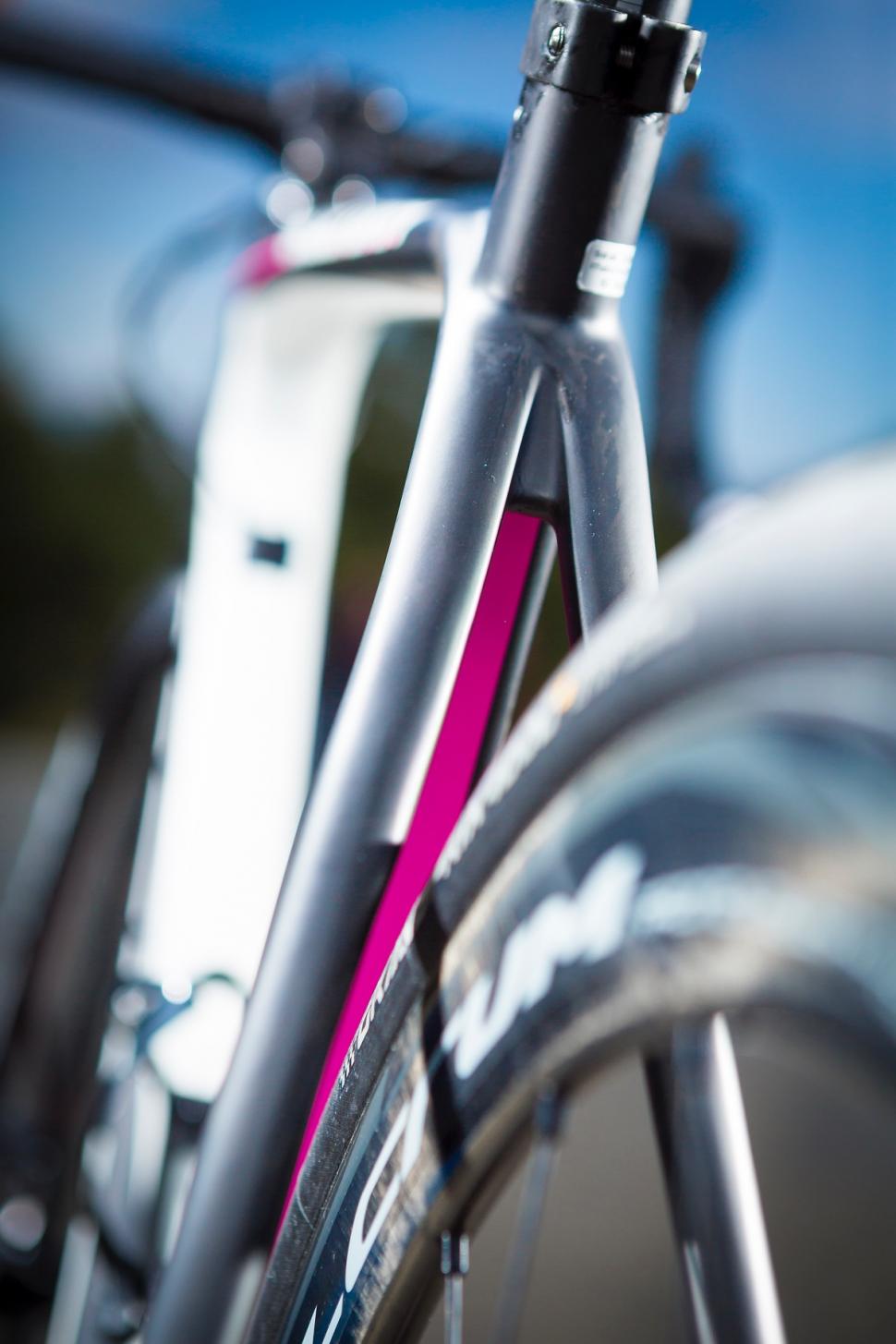 The clever bit is that it does this while maintaining stiffness and efficiency. The Scultura feels every bit a full-on speed machine. It leaps into action when you jack up the intensity and makes super-steep climbs like the Paterberg feel, well, not easy, but a bit less difficult. If you’re prepared to invest the power you get a whole lot back in terms of speed and altitude.

One key feature of the carbon Scultura Discs is the Disc-Cooler, a forged aluminium component that’s attached to the chainstay under the rear brake. The CNC-milled fins are designed to dissipate heat. 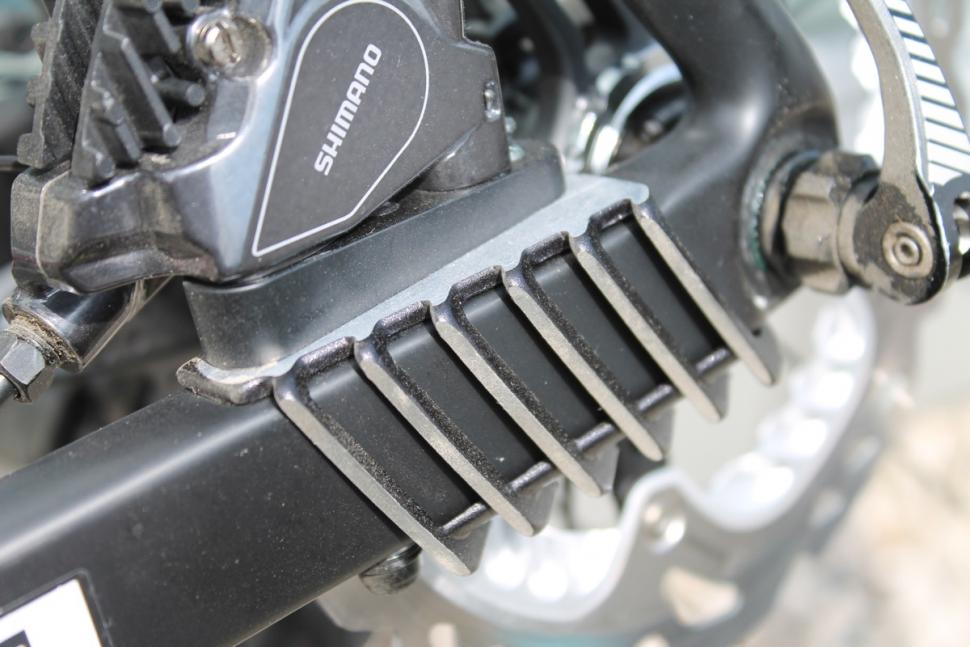 Does it work? I have no idea. It makes sense from a theoretical point of view but the Paris-Roubaix route is so flat that you barely brake and the Tour of Flanders hills are really short. You’d need some big descents to put the Disc-Cooler to the test, and I didn’t have the chance to use the Scultura Disc CF4 on anything longer than a couple of minutes. 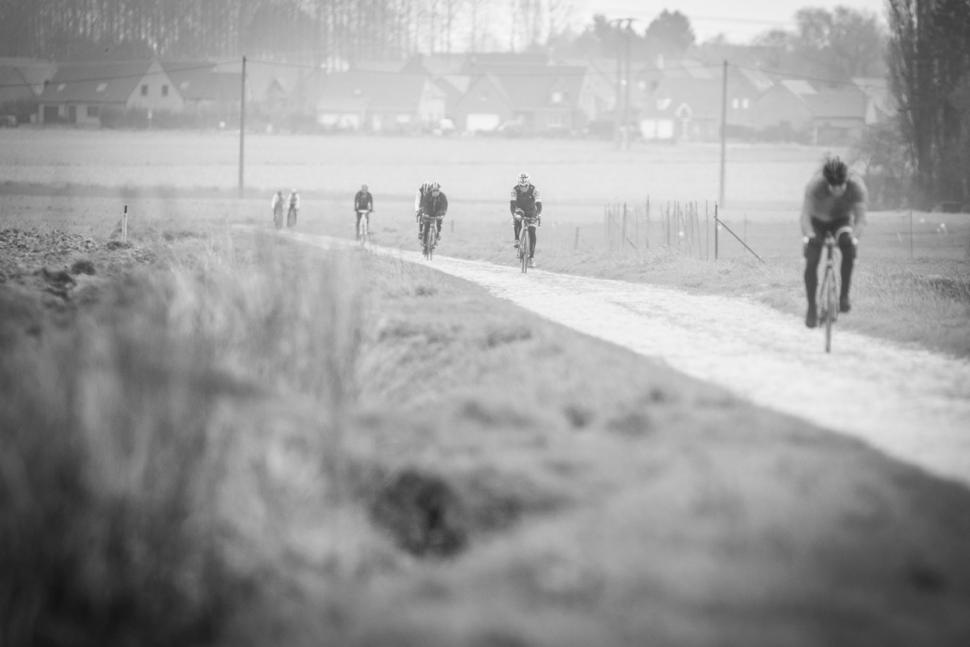 Does the Scultura need disc brakes? Over the Paris-Roubaix cobbles there’s no real advantage because braking is such a tiny part of the equation. Back in the real world, we’ve gone through the arguments for and against disc brakes countless times on road.cc and you doubtless already have views, so let’s not crack into the whole debate again now. Whether the undeniable improvement in the quality of the braking is worth the extra expense, weight, and so on, is a decision you need to make yourself. 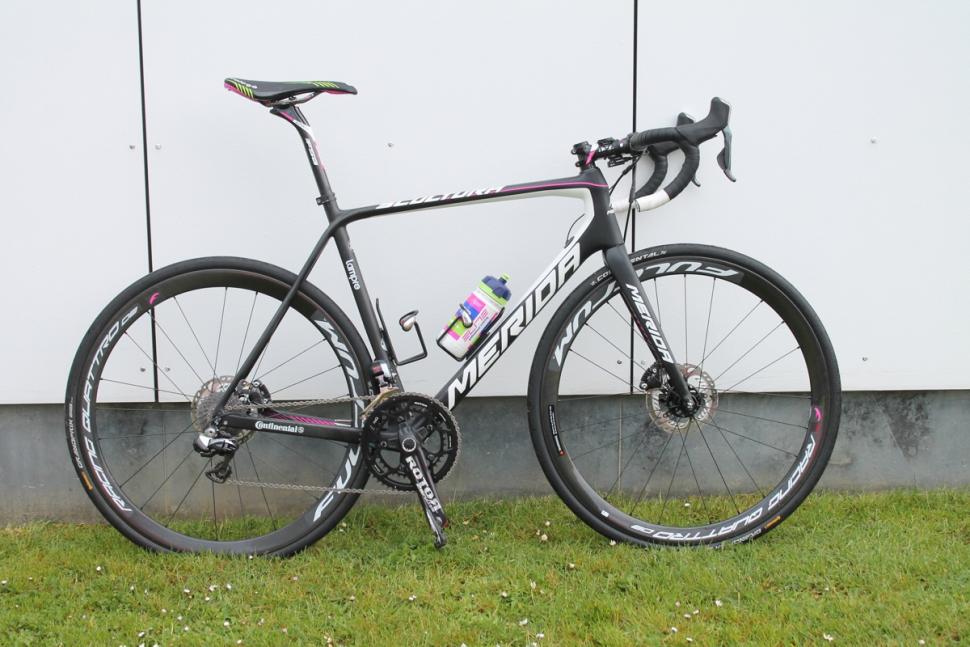 The bottom line is that if you want a lightweight, reactive, and comfortable race bike, the Merida Scultura has loads to offer. If you want all that with the addition of disc brakes, the Scutura Disc makes an excellent case for itself.