9
10
An excellent alternative history of the Tour de France centred around 105 years of route maps
Weight:
1,665g
Contact:
www.rapha.cc
How we test

There are a lot of books about the Tour de France out there already, and every year more appear. Many of them cover the same ground, but occasionally you come across a different proposition that has been well executed: Cartes du Tour is one such success, and it presents an alternative perspective of le Tour.

We are all familiar with the overall route map of the event that the organisers of le Tour produce, which much of the media faithfully reproduce; in fact, such is the control over 'le Brand' that one rarely sees anything other than the official (and rather formulaic) Tour map these days. A collection of those going back over the years is naturally included in Cartes du Tour, but you soon realise that they are not the main attraction.

In the 'golden years of cycling through the 60s and 70s' there could be several alternative maps available, as various publications (such as Miroir du Cyclisme) would often take the route information and transpose it onto a base map of their choice. These alternatives make up the bulk of this book – and for good reason: they are so much more varied and interesting than the official offerings. I would welcome similar creativity being allowed today. The main challenge in putting a book like this together was simply tracking down copies of maps, as there is no central store – not even within the ASO. Fortunately the book's editor, Guy Andrews, has an extensive collection, as have several other 'hoarders' who shared what they had. The entries may vary a bit in quality, but I doubt that you will find a more comprehensive gathering of these historical documents anywhere else. 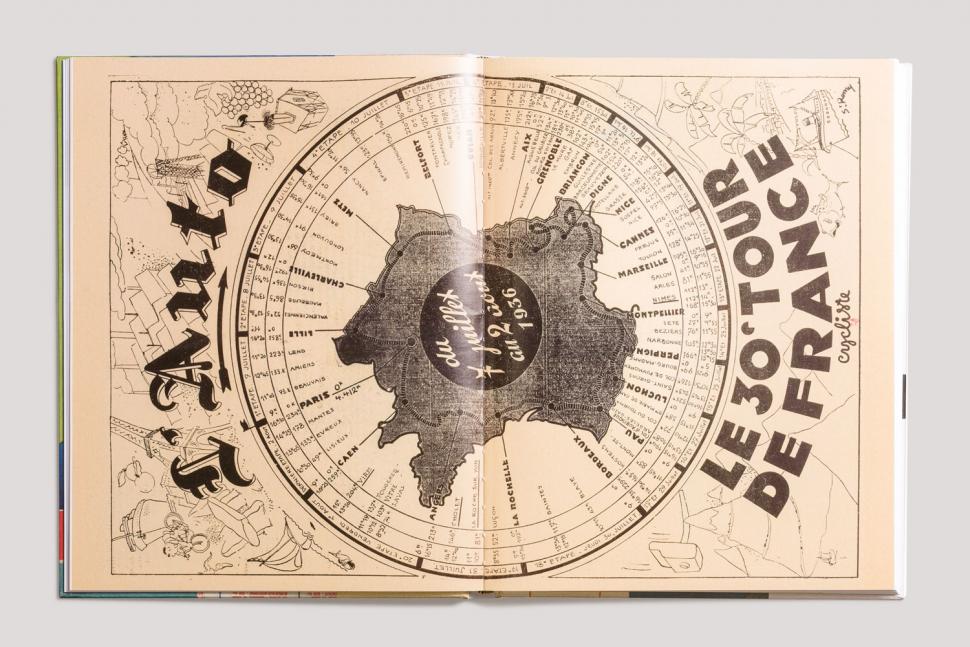 When you start looking at the maps you quickly notice how much they have changed over the years – and how the routes have changed. At first le Tour really did travel round the perimeter of France (and only France); as transport options improved it became possible to reduce the length of stages, to include the centre of the country, such as the Massif Central, and to hold the Grand Départ outside France.

Looking at the route also reinforces the other changes that have taken place, such as the extent that time trials, team time trials, and split-stage days are used: the short stages and cobbled sections that we have seen over the last few weeks are nothing new.

> Buyer's Guide: 26 of the best books about cycling

There is brief coverage of the Tour de France Feminin, which the ASO ran from 1984 to 1989. It tried to make use of the infrastructure in place for the men's race, much like La Course did this year, but the results were as unfulfilling then as they are today. As Fournel writes, 'A serious Women's Tour, which the riders are crying out for, remains to be created. We must invent its form, its beauty and its economic model.'

Cartes du Tour is a big book, with thick glossy paper, which provides plenty of space to reproduce the maps at a meaningful size; it also allows for the inclusion of Paul Fournel's original writing in French, alongside the translations into English. I am sure this does no harm when trying to get the ASO to support your project – nor does inviting the race director Christian Prudhomme to write the foreword! Fournel spends very little time on race reports and results in his commentary, which would be unnecessary because they are so well covered elsewhere, but he does throw in numerous interesting snippets of information – such as the first use of the publicity caravan (1930), the first radio broadcast (1938), and the first TV broadcast (1948).

Some of you may be familiar with Mapping le Tour, updated in 2014, which provided 'a route map of every Tour de France', and was originally available in hardback and paperback versions; the difference is that it uses a more conventional map of France, so it does not limit itself to providing information about the race. If you actually wanted to follow the route it would be slightly more helpful, but with a scale ranging from 1:4,000,000 to 1:5,000,000 you still won't have much detail to work with.

One thing that Mapping le Tour has in common with Cartes du Tour is that both show only the planned route, and neither reflect the occasional unexpected deviation on the day: weather or protests can be a cause of such a change, albeit a rare one.

Maps can be a rich source of information by themselves, and in conjunction with Fournel's writing Cartes du Tour provides a rather idiosyncratic history of both the race and the country behind it. 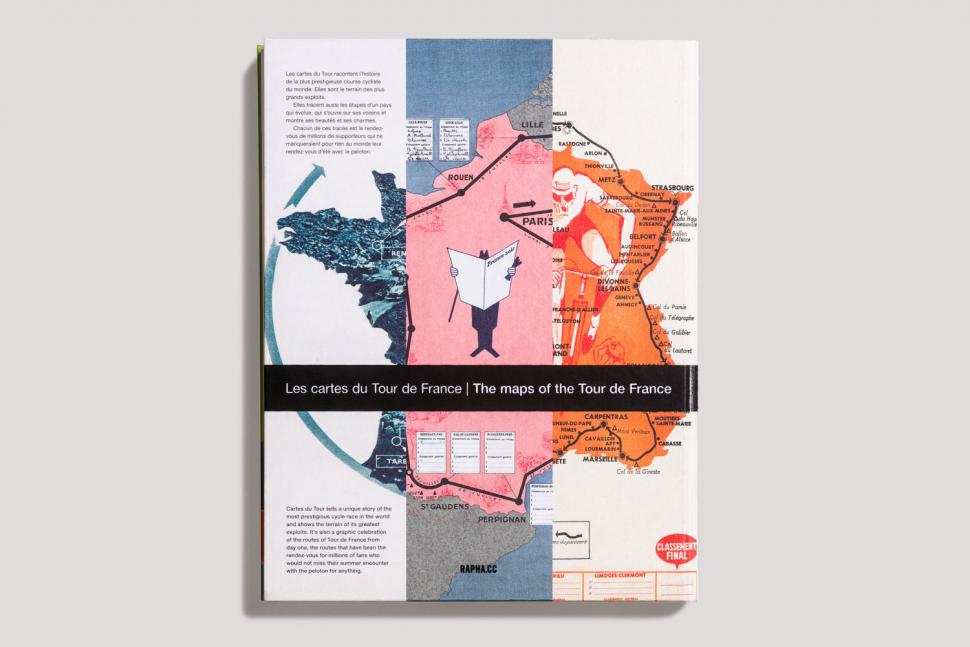 Cartes du Tour tells the unique story of the world's most prestigious cycle race through the medium of its myriad route maps. Carefully curated by Paul Fournel, the maps plot the evolution not only of the race, but also the history of a country which evolves to become more unified and opens itself up to its neighbours. From year to year, the maps always bear semblance yet are continuously changing in accordance with the race itself. Each route, printed in beautiful detail, is a picnic spot of thousands of kilometres for the millions of supporters who flock to the roadside in July. From the very first edition in 1903 to this July's race, the book traces the entire history of the Tour and includes a foreword from Christian Prudhomme, the current director of the race.

£40 is undoubtedly a lot of money for a book, but the quality on offer does go a long way towards justifying it. (You can buy a special edition for £150...)

Reveals a lesser-known aspect of the race in a high-quality package.

Being introduced to the world of alternative route maps.

Realising that such creativity may not be allowed again.

An unexpected gem amongst Tour de France books that delivers on its promise of revealing a lesser-known aspect of the race in a high-quality package.