8
10
Comfortable and well-vented sport helmet with an interesting extra layer of protection
Weight:
261g
Contact:
www.scott-sports.com
How we test

Scott's Arx Plus helmet takes the sport-level Arx helmet and adds another layer of protection in the form of an MIPS system that's designed to reduce the rotational impact on the brain if you do come off your bike.

MIPS stands for Multi-directional Impact Protection System. Basically it's a low-friction layer that sits between your head and the shell of the helmet, allowing the shell to move relative to your head while it's soaking up an impact. One of the main arguments you'll hear against the use of a helmet is that it can increase the incidence or severity of rotational injuries in a collision. MIPS is designed to mitigate against that. Here's a handy video to explain...

Testing standards in cycle helmets almost exclusively concentrate on dropping stuff onto the helmet, or dropping the helmet onto stuff. These are straight impacts, but in the real world of messy on-road impacts the reality is that you're moving, and the impact will be at an angle. Your brain is surrounded by a layer of fluid that allows it to move inside your skull without damage; the MIPS system is designed to mimic the brain's own protection. It's tested to the usual EN1078 standard too, so if you do land straight on your head it offers the same level of protection as the other helmets out there. 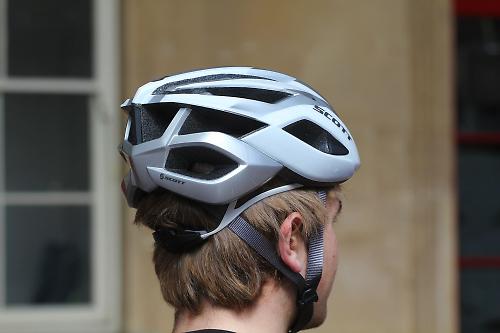 Apart from the MIPS layer it's a pretty standard construction: in-molded shell, EPS foam protective layer, 22 vents, a micro-adjust retention system with three height positions, and a webbing strap with adjustable dividers. At 261g it's neither especially light nor especially heavy. The MIPS layer adds about 20g, and £15, to the cost over the standard Arx. It's a pretty comfortable helmet and one that feels secure on the head. The microfibre pads aren't deep but they're in the right place, and the two rubber pads on the retention system keep the Arx Plus snug around the back too. I found the lowest position on the cradle to offer the best fit. 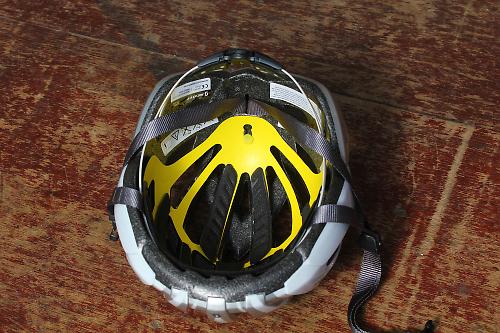 The MIPS layer is attached to the shell with rubber bungees and is fairly easy to move around when you're not wearing the helmet. Once it's on and done up nice and snug it doesn't feel any less secure than a standard helmet. You can normally move a helmet about a fair bit, even with the straps quite tight, and that's the case here. The difference in an impact is that the MIPS layer is designed to allow some movement, even when a considerable force is applied; normally, the force of an impact and the friction between the pads/shell and your head do a decent job of keeping a helmet stuck in one place in a collision.

Well, here's the caveat: I haven't crashed my bike in identical collisions, in MIPS and non-MIPS helmets, while hooked up to a CT scanner. So it's hard for me to have an objective opinion about whether the MIPS layer does what it's designed to do. The video above shows it working in a lab test, and also the results of Scott's own testing, which suggest a reduced impact on the brain compared with a standard helmet. That's more than we get most of the time with helmets; a sticker that says it's passed EN1078 is all I'd normally expect. Personally, I'm pleased that Scott have done the work to incorporate MIPS (they've been working with it for a number of years) because they think it's a worthwhile addition rather than because it's a requirement. Too many helmet manufacturers are designing their lids to pass the standard tests instead of thinking about what happens in a real-world collision. More of this please.

It's a good helmet too: comfortable and well vented. I've worn it for everything from commuting to racing and most of the time not given it a second thought. It's best with a cap underneath when it's cold thanks to the generous venting. When the temperature rises those same vents do a good job of stopping your noggin from overheating, and the continuous frontal pad keeps the worst of the sweat out of your eyes.

There are plenty of well-made helmets in this price range, but the Scott Arx Plus certainly warrants your consideration. It'll be interesting to see which other manufacturers look at the MIPS system as an addition to rider safety in a collision.

Scott say: "Ultimate safety meets style and comfort. The new SCOTT Arx Plus helmet is our first road helmet featuring the MIPS Brain Protection System, bringing an extra dimension of safety to road riders. All of the lessons learned from our top road helmets have trickled down to this great all-rounder. The new Arx Plus, designed for racers and enthusiasts alike"

I didn't deliberately crash so it's hard to objectively measure its performance in that regard. But it's a well-made and comfortable helmet.

Good to see a manufacturer trying to improve helmet design instead of just designing to the standard tests.

Deserves your consideration because it goes over and above the current standards to try to improve safety. Hard to objectively test, of course. 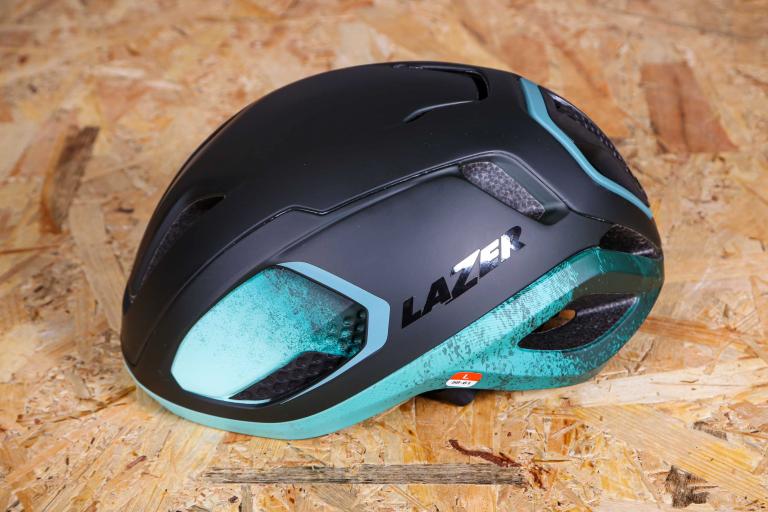 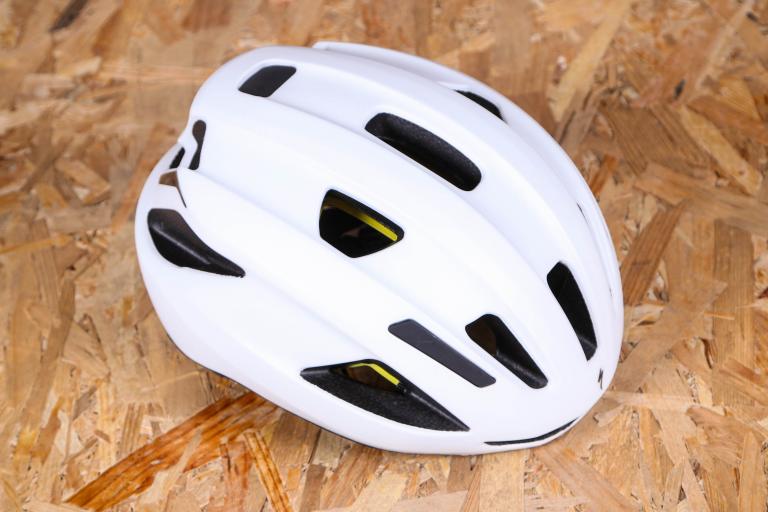 Great value Mips-equipped lid for all kinds of riding, though it's a bit weighty 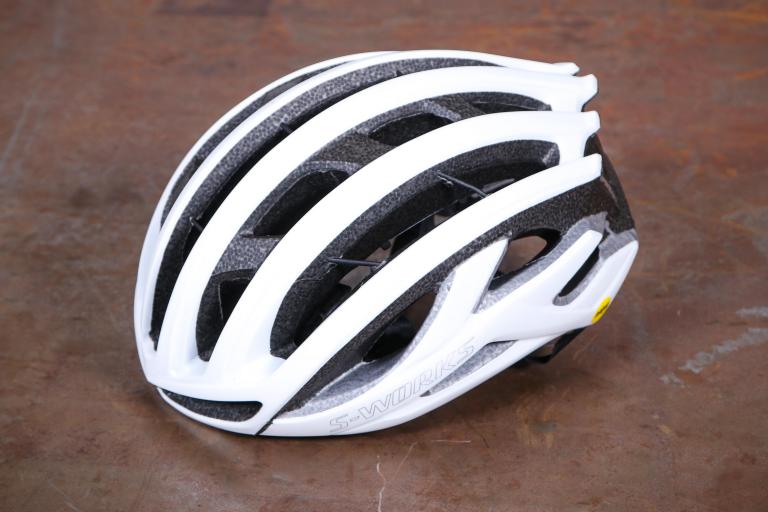 Airy and comfortable, this is a top-end road helmet with good safety features 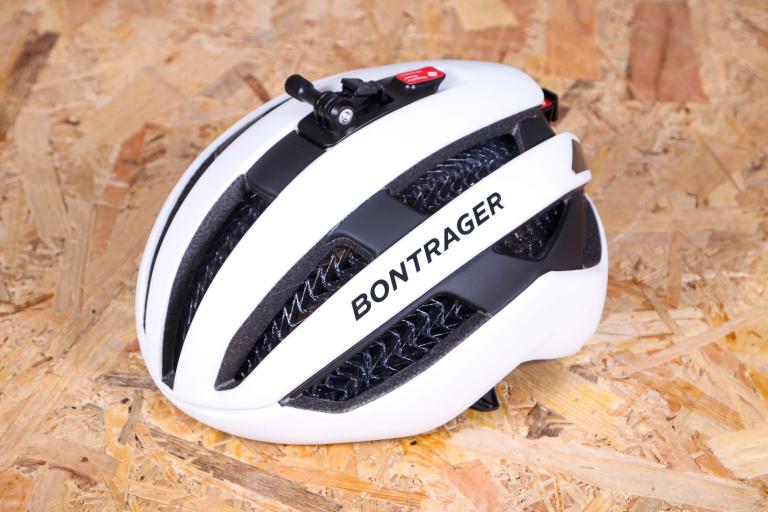 Very well made and very comfortable, but warm and heavy for the price