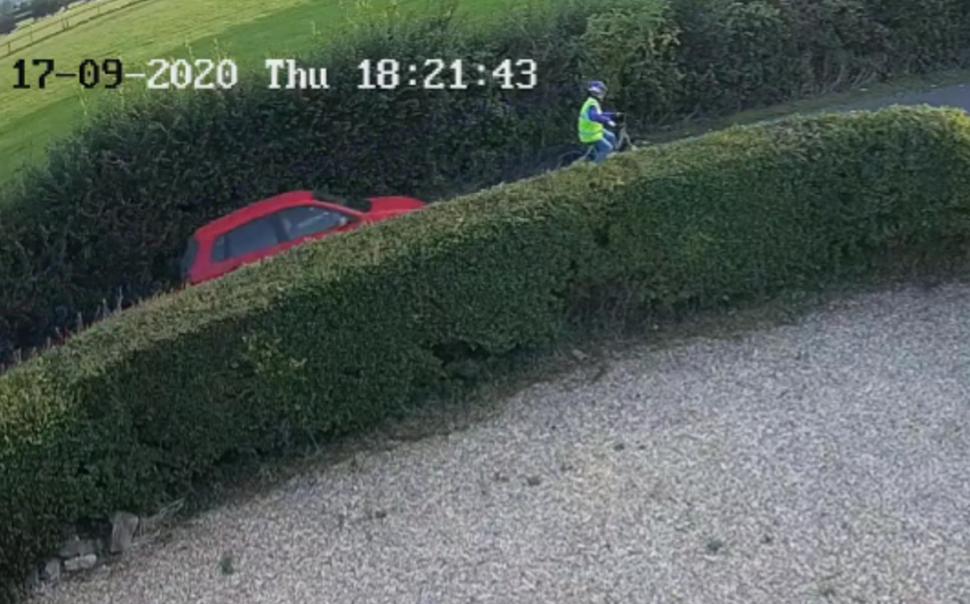 “The justice system has let my beloved Lorraine down,” says widower after speeding driver who killed his wife given suspended sentence

“Why does society in general think that speeding is a low-level crime?” asks Chris Barrow as motorist who caused his wife’s death is sentenced
by Simon_MacMichael

A grieving widower has said that “the justice system has let my beloved Lorraine down” after a speeding driver who killed his wife just yards from the family home was handed a suspended sentence.

Lorraine Barrow, aged 57, was cycling home on the evening of 17 September last year when Victoria Hamer, 26, crashed into her from behind on the B3139 Mark Road near Blackford, Somerset, at around 6.20pm.

Hamer, who pleaded guilty at Taunton Crown Court to causing death by dangerous driving, claimed that she had not seen Mrs Barrow due to the sun being too low.

However, the court heard that she had been driving her Volkswagen Polo at a speed of at least 44mph despite the road having a speed limit of 30mph.

Mrs Barrow, who just three days earlier had celebrated her 35th wedding anniversary with her husband Chris, died of serious head injuries at the scene of the crash, which was recorded by a CCTV camera at a nearby house.

She was also banned from driving for 30 months and will have to take an extended driving test before regaining her licence.

“This is the most saddening of cases,” the judge said. “The harm could not have been greater. You were well over the speed limit and you were driving into blinding sunlight. You were unable to see ahead of you, your proper reaction should have been to slow down – this was short-lived dangerous driving.”

The offence to which Hamer pleaded guilty carries a maximum punishment of 14 years’ imprisonment, but the judge said that in handing down the sentence he had taken account of her early guilty plea, her remorse, and the assistance she gave at the scene.

After sentencing, investigating officer Dai Nicholas of Avon & Somerset Police said: “Lorraine’s family have endured a huge amount of pain and I’d like to pay tribute to their courage throughout the legal process.

“Although Hamer’s sentencing sees the court proceedings conclude, the agony and hurt they are feeling does not simply end with it. Our sympathies are with them and we continue to support them at this time.

“Victoria Hamer will wake up every day for the rest of her life knowing her reckless actions killed an innocent and beloved woman.

“I hope all motorists take heed of this tragic tale and recognise the importance of adhering to road safety measures and speed limits because failure to do so all too often has fatal consequences and rips people’s lives apart.”

He said: “There is no sentence that the court could have imposed on Victoria Hamer that will ever compensate for the unnecessary, avoidable killing of Lorraine. It certainly does not bring closure as my sentence is life without Lorraine. Closure, for me, will be when my ashes join Lorraine’s.

“The justice system is not just about justice for the victim, which will never be enough, but also about setting a deterrent for others. This sentence does neither. After all the hard work done by the police, the justice system has let my beloved Lorraine down.

“Victoria Hamer will serve her sentence and most likely go on to live a normal life which, in all probability, will extend beyond Lorraine’s 57 years. Whilst Ms Hamer did plead guilty this was done in the face of overwhelming evidence and in the knowledge that by pleading guilty her sentence would be reduced.

“From our kitchen window I can view the exact stretch of road that the car travelled on its way to killing Lorraine. I can watch as the police, using their speed guns, attempt to catch drivers exceeding the limit thereby breaking the law.”

He continued: “Why does society in general think that speeding is a low-level crime? It is not. The affect it has on generations of families, in our case four generations, is devastating, shattering and crushing. We do not have a God given right to drive a vehicle how we want and without due consideration to other road users. Drivers have a duty of care. Our attitude to speed and how we control it is, quite frankly, ridiculous.

“Unlike those that carry a knife, which is unlawful in itself, road crime death, is not classed as homicide. Why is this? We have gone too far in protecting the rights of the perpetrator losing sight of the rights of the victim.

“Lorraine was doing everything right. Her road positioning was correct, her signal was clear, she was wearing light blue jeans, cycling jacket with reflective piping, high-visibility vest, and a helmet with rear facing light clearly visible against the green and brown hedge row.

“I am proud, as was Lorraine, that we live in a just society however the scales of justice, in our opinion, have become unbalanced. They tip too far in favour of the perpetrator,” Mr Barrow added.

“Those that break the law are being able to conduct a normal life for months, if not years, while we have had to wait and suffer the anguish and mental anxiety of not knowing what, if any, justice will be obtained for our loved one.”