The Silk Route is a relatively new model for British company Sabbath, and initial visual impressions are that the frame is nicely designed and better finished than some of Sabbath's output from their earlier years: they've been trading since 2006. We'll pass further comment after we've spent some time riding it, but first thoughts are that this could be a good starting point for riders who like the idea of owning a utility rather than race-focused titanium frame. Many riders will probably still baulk at spending over £2,000 on a Shimano LX/105 level bike with a clumpy looking trouser guard equipped chainset. On the other hand, if you're attracted to the notion of basing your new bike build on a titanium frame you'd be relatively hard pressed to build a rack and mudguard equipped touring bike with decent wheels and a Brooks saddle at this price... and you can remove that trouser guard if you don't like it. 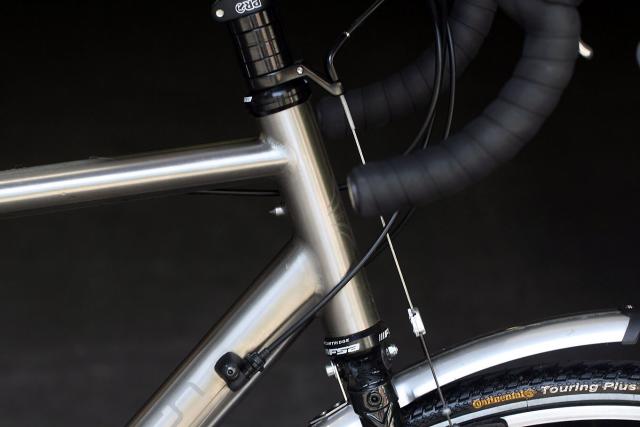 Sabbath sell only titanium-framed bikes. All use the highly regarded 3Al/2.5V (3% aluminium and 2.5% vanadium in the titanium alloy) drawn tubes, butted on the racier models, plain gauge on the Silk Route.

There are six models in the range covering racing, touring, everyday or sportive usage. Sabbath says the Silk Route is designed mainly for touring, but its long wheelbase, a 3.65lb (1.65kg) claimed frame weight (54cm), sporty rather than race-bred geometry and good tyre clearance would certainly allow it to moonlight for frequent trips off road if the idea of a tough all-rounder appeals. Every Sabbath frame and fork can be built with different component parts and custom finishing options so the details on our test bike are not set in stone. Its 'bright brush' bare titanium finish with subtle sandblasted graphics is practical, and undoubtedly part of the appeal of Ti in that it'll buff up like new year after year. The tube shapes of the Silk Route include curvy rear stays for extra heel clearance, a biaxially ovalised top tube for lateral rigidity plus big weld contact areas at the seat tube and head tube, and an oversized ovalised down tube. All the tube profiles are apparently designed to improve stiffness and stability when hauling loads, and the long chainstays ensure that panniers stay clear of your heels. Sabbath say it's built to take up to 35kg (77lb) of luggage: the test bike rack is limited to 25kg (55lb). There's enough room for 38mm tyres and mudguards and the three sets of bottle cage bosses and threaded rack mounts are welded rather than riveted. In keeping with the traditional touring bike approach, there's even a pump peg on the head tube for a frame-sized pump.

Our test bike weighs in at 12.6kg (28lb) without pedals. Surly's chromoly steel touring fork (with low and high rack mounts) is fitted and there is masses of bar/stem height adjustability. 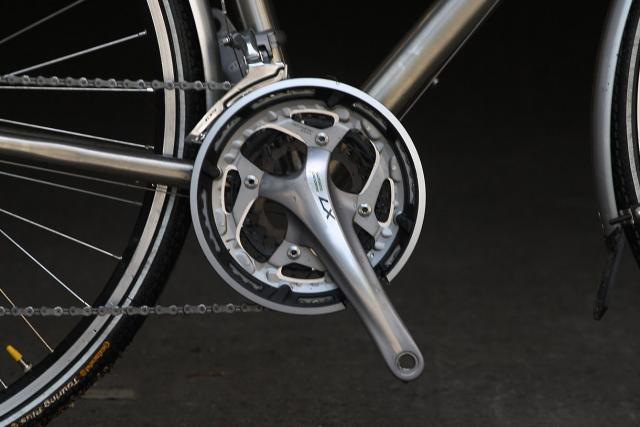