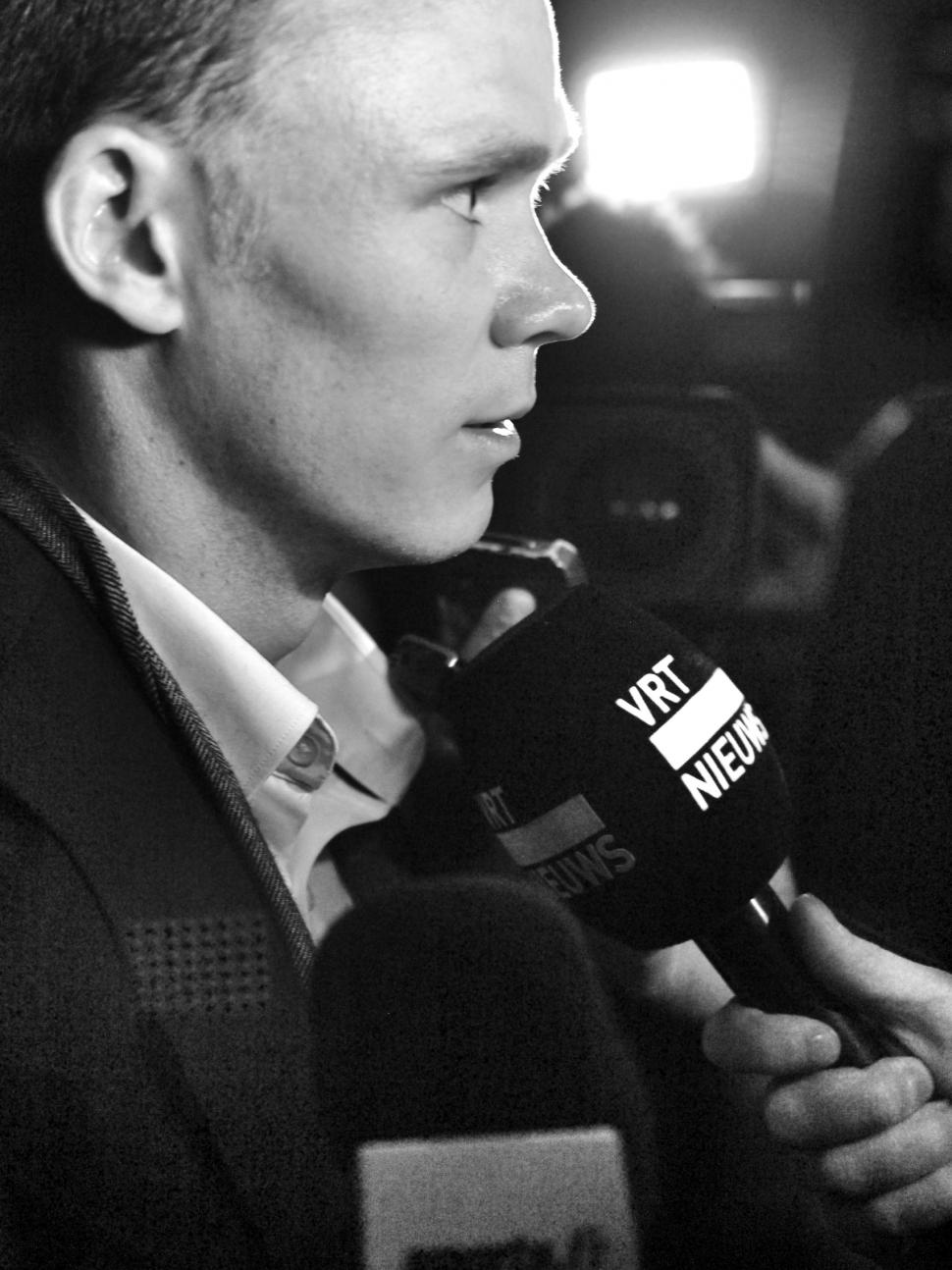 Froome & Brailsford speak out on doping, issue challenge for way to prove Sky is clean

“I haven’t got a magic wand to come and convince all you guys.”
by John Stevenson

When Team Sky’s Chris Froome won yesterday’s stage of the Tour de France on the top of the iconic climb of Mont Ventoux, he and team principal Sir Dave Brailsford knew that the rest day press conference would be dominated by questions about doping. Sure enough, they came out with all guns blazing this morning. Froome repeated that he is not cheating and Sir Dave challenged reporters to tell him what it would take to convince them.

Initially, it seemed Froome wanted to sidestep the issue though. Asked about the suspicions that he might be doping, he said: “I can only be open and say to people, I know within myself that I’ve trained extremely hard to get here. All the results I get I know are my own results... Outside of that, I can’t talk about that; I can’t talk about that other stuff. I know what I’ve done to get here and I’m extremely proud of what I’ve done.”

But them a comparison with Lance Armstrong got Froome’s back up. “Lance won those races but that aside, to compare me with Lance... I mean Lance cheated, I’m not cheating. End of story.”

“We planned that performance for quite some time,” he aid. “Chris has been out to Ventoux to recce the climb, thought very carefully about how to ride it, how to ride as a team. And when you see that performance unfolding in front of you exactly as had been planned for some time, and Chris rode so fantastically at the end to win the stage, it was quite an emotional thing to watch.

“And the first thing that crosses my mind, having jumped in the air and punched the air, is not: right, that’s my five minutes of joy gone, let’s get on to the doping questions. Which happens everyday.”

“You’re asking me, how can I prove to you that we are not doping? You’re all asking the same questions. We wrack our brains every day.”

Brailsford reiterated his reluctance to release his riders’ power data, but suggested that perhaps monitoring of the team on the lines of the biological passport system would work.

“We’ve been thinking about the biological passport and how that works with an appointed panel of experts... If you extrapolate that thinking forward I think we’d be quite happy, we’d actually encourage, maybe WADA to appoint an expert and they could have everything that we’ve got. They could come and live with us, they could have all of our information, see all of our data, have access to every single training file we’ve got. We could then compare the training files to the blood data, to weight... All of that type of information they could capture on a consistent basis.

“And it seems to me WADA are a good body to sit and analyse all that data. And they then could tell the world, and you, whether they think this is credible or not.”

Brailsford then issued his challenge to the world’s cycling press.

Get your heads together

“Rather than asking us all the time to come up with some creative way to prove that we’re innocent, why couldn’t you... get yourselves together ... and you tell me, what would prove it for you, what could we do? ... Get your heads together and come to me and say, well this is what we think we would like in order to prove to you beyond reasonable doubt that we are not doping.”

“Bottom line is, it’s a rest day, it’s 10 o’ clock in the morning and I’m trying to defend somebody who’s doing nothing wrong. I’m quite happy to do it, and I’m more than happy to try to convince you guys that we’re not doing anything wrong, but I need a little bit of help. I think, in coming up with a way about how the hell we do it.

As for Froome, he was clearly angry and frustrated at the direction the conference was going.

“I just think it’s quite sad that we’re sitting here the day after the biggest victory of my life yesterday, quite a historic win, talking about doping,” he said.

“And quite frankly, I mean, my team-mates and I, we’ve slept on volcanoes to get ready for this, we’ve been away from home for months, training together, just working our arses off to get here, and here I am, basically being accused of being a cheat and a liar and... that’s not cool.”

And with that, Froome left the room to talk to the TV crews that were waiting outside the Sky team bus.