Last weekend we ran a story on Culprit’s new Legend bike but we were unable to show you the complete frame because the patent had yet to be filed; now we can, and here it is.

What you can’t fail to notice is that the Legend is built without seatstays. We caught up with Culprit’s General Manager Joshua Colp at Taipei Cycle and he explained that the reason for that is to provide a degree of damping for a smoother ride. This bike is aimed at triathletes who have to get off the bike and immediately run – a full marathon in the case of Ironman athletes – and the idea is to help them start that leg of the race feeling as fresh and comfortable as possible. 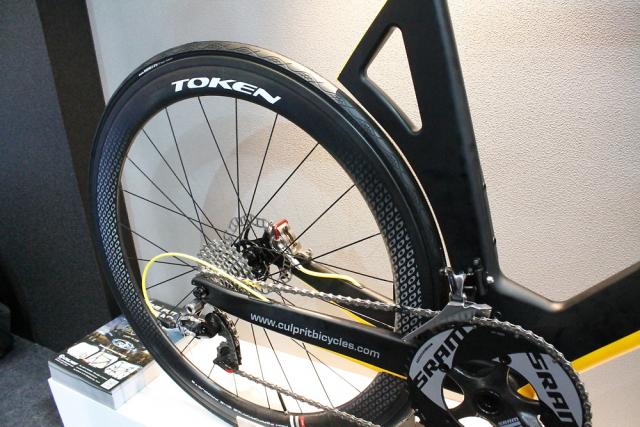 In order to build the bike in this way, the chainstays are made together as a yoke rather than individually bonded onto the back of the front triangle. This is intended to help with the stiffness. The chainstays are also built oversized for the same reason. 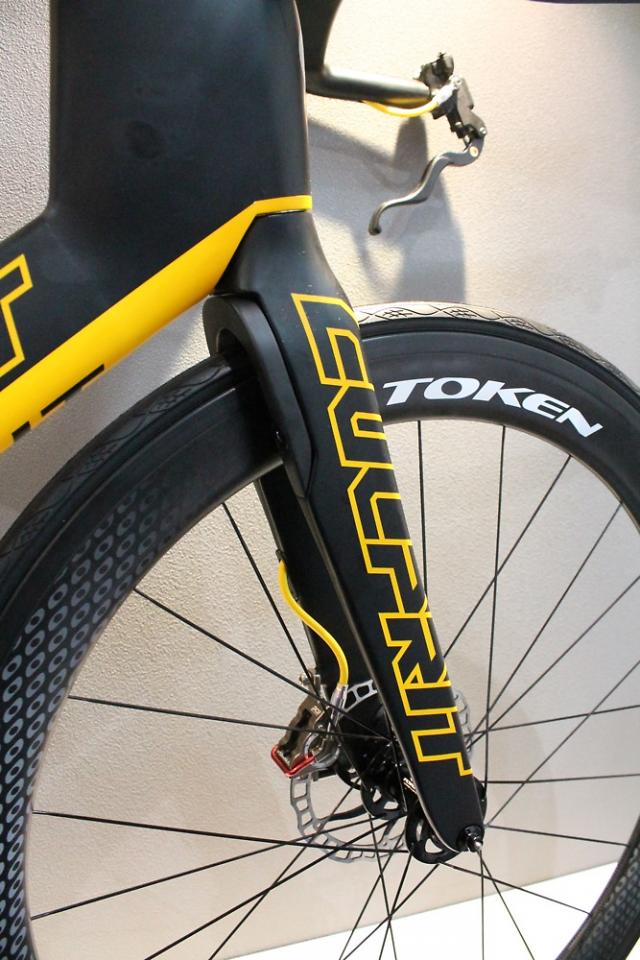 One of the other key features of the Legend is the use of disc brakes. Culprit have been working with Ashima to produce the hydraulic disc brake system used here with the lines runnin internally, the front one exiting halfway down the fork leg and the rear one exiting towards the end of the chainstay. If you prefer, the bike will also take TRP TTV brakes or Shimano’s direct mount design. The gear cables run internally too. 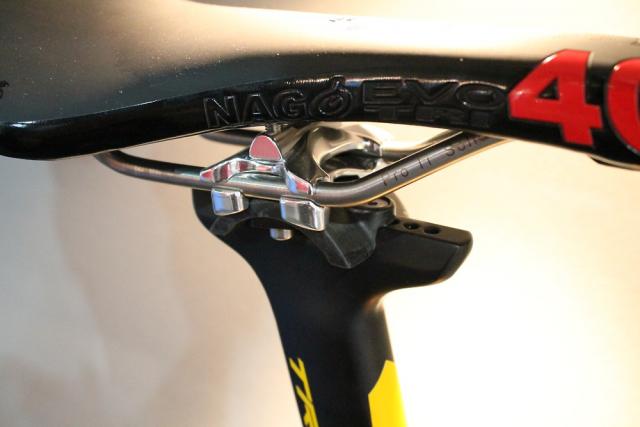 The frame is a full-carbon monocoque built with Toray 800 carbon. The seat angle is a steep 77° although you get considerable adjustment via the seat post because you can move the clamp fore/aft, selecting from eight different positions (and you can slide the saddle forwards and backwards on its rails in the usual way). The seat post is held in place by two clamping devices, by the way, so there should be no problems with slippage which can be an issue on some aero designs. 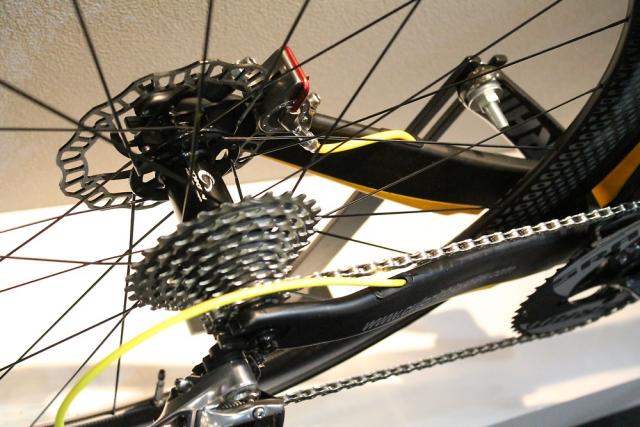 The Legend uses a PF30 bottom bracket and an Acros The Clamp headset, removing the need for a topcap. The design is compatible with a PRO or a Trigon aerobar/stem. The rear spacing is 135mm for the use of disc brakes although alloy adaptors will bring that in to 130mm. You get these with the brake kits across the Culprit range of bikes. The dropouts are horizontal so you can position the wheel accurately, with two offset positions.

The lack of chainstays and the disc brakes mean that the Legend is not a UCI legal design but there’s nothing here that outlaws it in triathlon. Interestingly, Joshua is already thinking about taking the seatstay-free design and adapting it into an endurance road bike design. Loads of the big brands are adding vertical flex at the moment – the Trek Domane, BMC Grand Fondo and so on – and a version of the Legend designed for a similar type of ride could be possible, although it’s a long way off yet.

A rideable version of the Legend should be available by June with full production likely by November. The price for a frameset is likely to be around the $3,500 mark, although that’s far from confirmed. 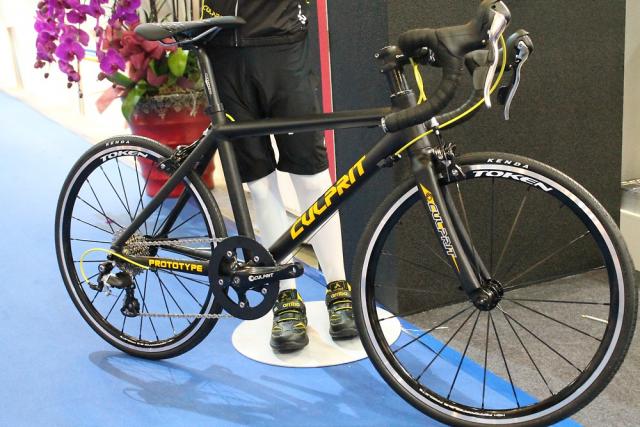 A totally different new product from Culprit is this prototype kids’ bike. It’s so new that it doesn’t have a name yet. Culprit already do kids’ bikes but this one is cheaper than previously – around $900. That’s not cheap for a kids’ bike, clearly, but the idea is that this is a high-quality choice.

The frame is 7005 aluminium alloy and the bike will be equipped with a single chainring matched up to a 9-speed cassette (a 10-speed model is shown here but don’t let that fool you). Shifting will come courtesy of Microshift and braking via dual pivot Tektro brakes.

The new bike will be available later in the year. The UK distributor for Culprit's kids' bikes is Criterium Imports Ltd (07894 314534, criteriumimports [at] gmail.com).

There's a new alloy road bike for adults coming from Culprit too. More details on that when we get them. In the meantime, check out www.culpritbicycles.com for full details on the range.