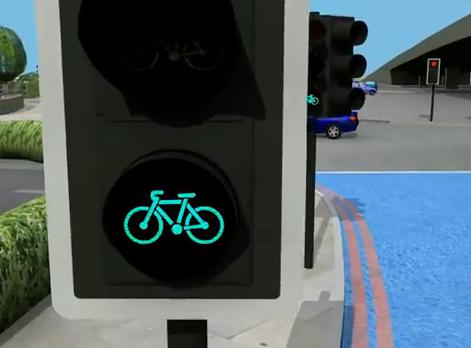 Cycling to work overtakes driving in a London borough

For the first time in decades, cycling to work has overtaken driving to work in a London borough - and more are set for a similar revolution in the coming years.

The 2011 Census figures show that even before the Olympic cycling boom, more than 15 per cent of Hackney residents were cycling to work, compared with 12 per cent travelling by car.

The figures also showed a decrease in reliance on cars in Hackney in general - 65 per cent of households are now car-free, up from 56% in 2001.

In other boroughs, like Westminster, the figures lag far behind, with only 5 per cent of residents cycling to work.

In the Evening Standard, Danny Williams, of the Cyclists in the City blog, say that it's not just down to hipster trends, or fluke, but a result of persistent work by town planners over a number of years.

He writes: "Hackney has restricted the amount of new car parking available in new residential developments and made it easier and safer for people to chose not to drive.

"Importantly, Hackneyʼs policies have focused on making sure that every scheme – whether itʼs a new building or an upgrade of an existing road – improves the public realm and sense of place.

"That means some residential streets that had become rat runs for long-distance car commuters are closed to through motor-trafﬁc and the streets become places for the people who live and work there instead."

He says: "Westminster has never embraced the bicycle, neither has it had much of a focus on making its streets better for pedestrians.

"When it did try to ban parking on street corners to help elderly and less mobile residents cross the road, a well-coordinated lobby group campaigned vociferously against the move.

"When new developments are built in the centre of London, Westminster insists a minimum number of new car parking spaces get built as well."

But it's not all good news for cyclists in Hackney. At the end of last year we reported Metropolitan police figures showing that 119 cyclists were victims of hit-and-run incidents in the London borough of Hackney in 2010 - a huge increase on previous years.

According to Critical Mass: "Nearly 1 in every 6 pedal cyclist casualties (16 per cent) in the UK occurs in a ‘hit and run’ accident – a total of 2,665 in 2007 of which 337 were seriously injured and 16 killed. Pedal cyclists are over-represented in these accidents, representing 11 per cent of hit and run casualties (compared with 7 per cent of all casualties)."