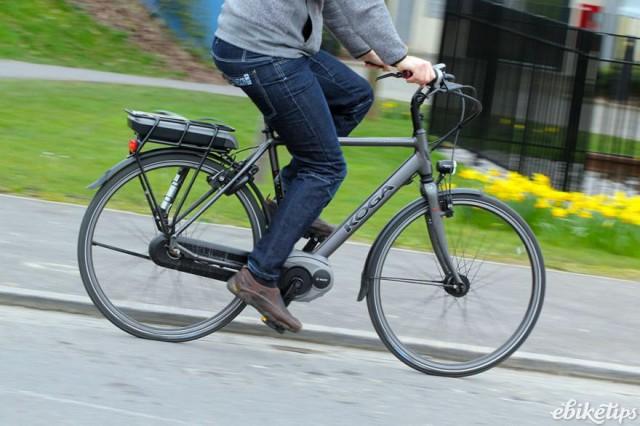 Call for government to subsidise e-bikes to drive mass uptake

A number of MPs yesterday expressed their support for the Bicycle Association’s call for subsidies for e-bikes and e-cargo bikes  to help kick-start public awareness, drive mass uptake and ensure the benefits of e-bikes are felt in the UK.

The Bicycle Association believes that e-bikes and e-cargo bikes will play a central role in the way people and goods move around in the future and would like to see the Government and the Office for Low Emission Vehicles (OLEV) introduce subsidies.

Steve Garidis, Operations Director at the Bicycle Association, said: “Air quality controls, climate change commitments and an ageing population are all important challenges which the Government is addressing as part of its Industrial Strategy. E-bikes can provide a cost-effective solution to all three of these issues and help reduce pollution, road congestion and encourage the health benefits of cycling.

“E-cargo bikes in particular can help improve air quality in urban areas by providing an alternative delivery method to vans and motorbikes. We encourage the Government to recognise the strategic urgency of supporting e-bikes by extending the current OLEV subsidy for electric vehicles, to help unlock these benefits.”

The parliamentary debate was hosted by Andrew Selous, MP for South West Bedfordshire and Co-Chair of the All Party Parliamentary Cycling Group (APPCG), who said: “I look forward to working with the Bicycle Association to support the future success of the cycling industry in the UK.

“E-bikes have a valuable role to play in the future mobility in our towns and cities but currently only a fraction of their potential has been realised compared to the rest of Europe. To ensure e-bikes are seen as a priority, I’m calling on the Government to recognise e-bikes as low emission vehicles, an important first step in promoting uptake in future.”

Ruth Cadbury, Vice-Chair of the APPCG and MP for Brentford and Isleworth, added: “There is no doubt that the extent of cycling and e-bike roll-out in other countries in Europe has been massive and that the UK is behind the trend {…} OLEV should recognise e-bikes as low emission vehicles, which would unblock some subsidy options that are available to other types of e-vehicles.”

1
Police officer caught on camera telling cyclists to ride in single file to be given "education around traffic offences"
2
Footage of cyclist's encounter with mountain goat "on steroids" goes viral
3
Driver "used bus as a weapon" against cyclist, loses appeal over sacking
4
Snake Pass section shuts to all road users... but cyclists can still reach the summit (and turn back around)
5
"I've killed one of you guys before": close pass driver who left cyclist fearing for his life gets police caution
6
“If I assaulted children, I’d be locked up”: Father of teenage girls involved in Mathieu van der Poel hotel incident slams Dutch star’s fine
7
Twin brothers accused of murdering charity cyclist after hitting him with car while drunk
8
Mark Beaumont's North Coast 500 record-breaking bike and equipment