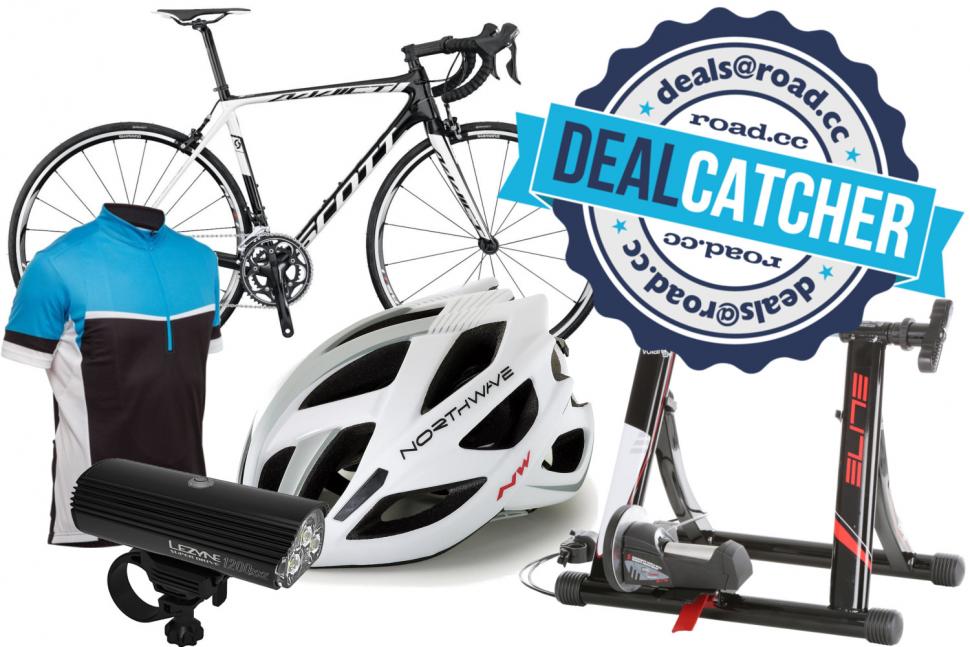 The DealCatcher's had a sweep of the nation's top retailers and has come back with a list of 5 great deals!...
by Elliot Johnston

Today's batch of hot, fresh, and delightfully delicious deals are fresh out of the oven and ready for your consumption.

The selection is large today, we've got deals spanning five different cycling retailers at discounts as high as 67%.

We get started with a 41% discount on a Scott Addict road bike over at Hargroves Cycles, followed by a Northwave helmet at today's DealCatcher high of 67% off at Merlin Cycles.

We then move to Decathlon for a massive 61% discount on their BTwin 500 short sleeve jersey, onto Halfords for an end-of-season 57% off of their range of Elite Magnetic turbo trainers, and finally over to Cycle Surgery where you can get an Lezyne Super Drive bike light for 21% off it's RRP. 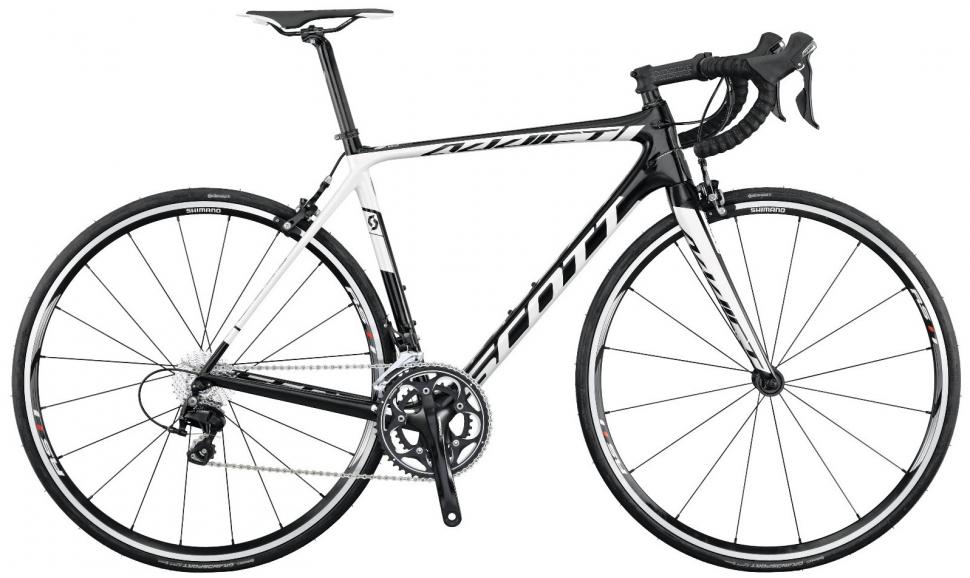 Back in 2013 we covered Scott's Addict launch. We should say relaunch, because the Scott actually took a few years off to come back leaner and meaner.

The Addict range reannounced itself as the lightest range Scott had ever produced, and the 2015 Addict 30 model here doesn't veer too far from that course.

For its substantially discounted price tag you're getting one hell of a deal. The HMF Carbon Fibre frame and fork weigh in at just 1.2kg, and Shimano's 105 groupset will keep everything ticking over.

If you're looking for a new bit of headgear to see you into the spring that keeps you cool without breaking the bank, look no further than Northwave's Aircrosser helmet.

As the name suggests, the Aircrosser is designed to keep you cool, which it achieves through its fantastic ventilation system and whitewash colour scheme.

It's cheap, especially now it's had such a hefty discount, and it looks classy too.

If you need a little more guidance on the helmet-buying front, check out our helmet buyer's guide below:

Do you know that we like BTwin gear here at road.cc? We've said it enough times, but with gear as cheap and as high in quality as the folks over at BTwin produce, it's worth repeating.

BTwin's 500 short sleeve jersey doesn't stray far from the rule that BTwin gear is as good as it is cheap. We reviewed this jersey back in 2014, and our man Shaun Audane could barely fault it.

It's perfect for every day rides, commuting, and even club runs, and for the price tag you could afford to buy a few!

Check out our review below: We say this with far more hope than conviction, but it seems that indoor training season may well be coming to an end.

Obviously though, we're in the UK. Every season has days when indoor training could definitely be in order. But, as far as retailers go, they're flogging the equipment on the cheap because the majority of you have taken to the roads once again!

So, if you're short a turbo trainer, and you're ready to take the plunge, we can't really point you in a better direction than this Elite Magnetic Cycle Trainer, especially in terms of value.

If you want a little more guidance, follow the link below for our guide.

So, you're after a new set of bike lights. You've gotta make a decision, what type of light are you after. Sure, the bigger ones are more expensive, but they produce more light, and are fantastically suited to rural environments. Smaller ones on the other hand, are much cheaper, produce nowhere near the same amount of light, and are better suited to urban environments.

That said, a big light can do the quiet stuff too. So, if you fancy hedging your bets, big lights are the better option, especially if you can get your hands on a light that's generous in the lumen department for a reasonable price.

The Lezyne Super Drive 1200XL, is just that light right now over at Cycle Surgery. It pumps out a lot of light, so no matter where you end up while it's dark, it'll have you covered.