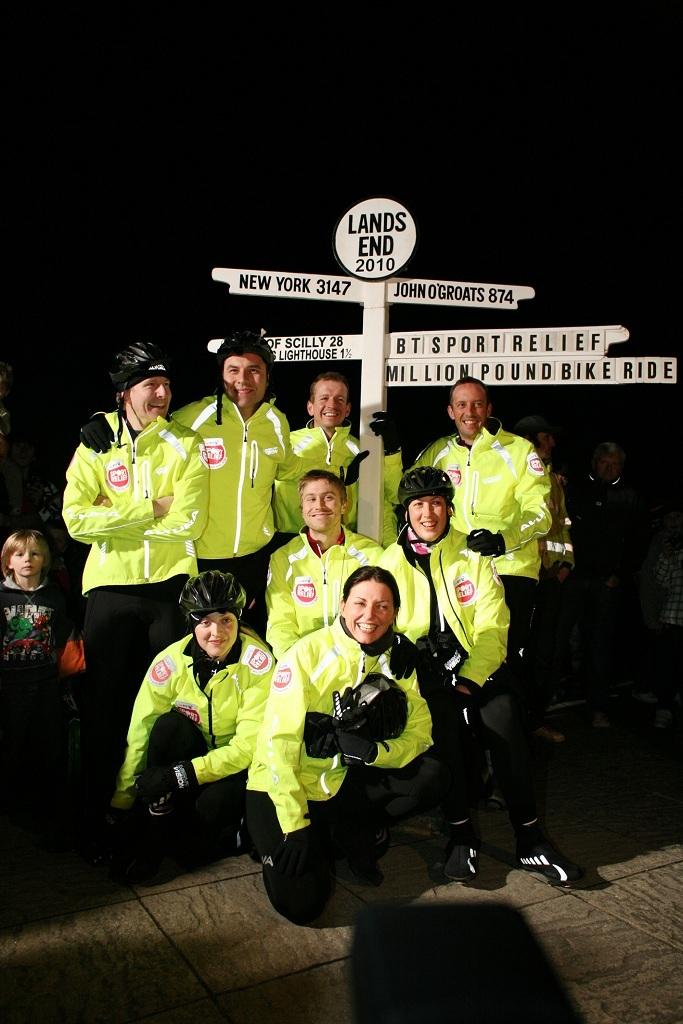 Members of the team of celebrities that earlier this month cycled from John O’Groats to Land’s End to raise more than £1 million for charity were yesterday honoured at a reception at Number Ten Downing Street by Prime Minister Gordon Brown.

The efforts of the team, which was led by comedian David Walliams and encountered blizzards and sub-zero temperatures on its 1,000-mile journey, were captured on film for an hour-long BBC One documentary which will be screened tomorrow evening at 9pm

Fearne Cotton, Miranda Hart and Jimmy Carr were joined at the Downing Street reception by former England rugby captain Lawrence Dallaglio, who last week completed his Cycle Slam ride around the RBS Six Nations host cities, which has raised over £700,000 for good causes.

Also in attendance were One Show host Christine Bleakley, who took 100 minutes to water-ski across the English Channel last Friday, overcoming a lifelong fear of water, and Helen Skelton, who kayaked more than 2,000 miles down the Amazon, setting two world records in the process - the longest solo journey by kayak and the longest distance in a kayak in 24 hours by a woman.

Mr Brown said: “I am always moved and inspired when I hear about people who have gone to incredible lengths to raise money for important causes.”

He continued: “But these celebrities haven’t just inspired me – they have also inspired people across the country to get involved in Sports Relief by raising money and getting active at the same time.

“The amount that has been raised so far is testament to the British public’s willingness to help those living incredibly tough lives in some of the world’s poorest countries as well as here in the UK,” the Prime Minister concluded.