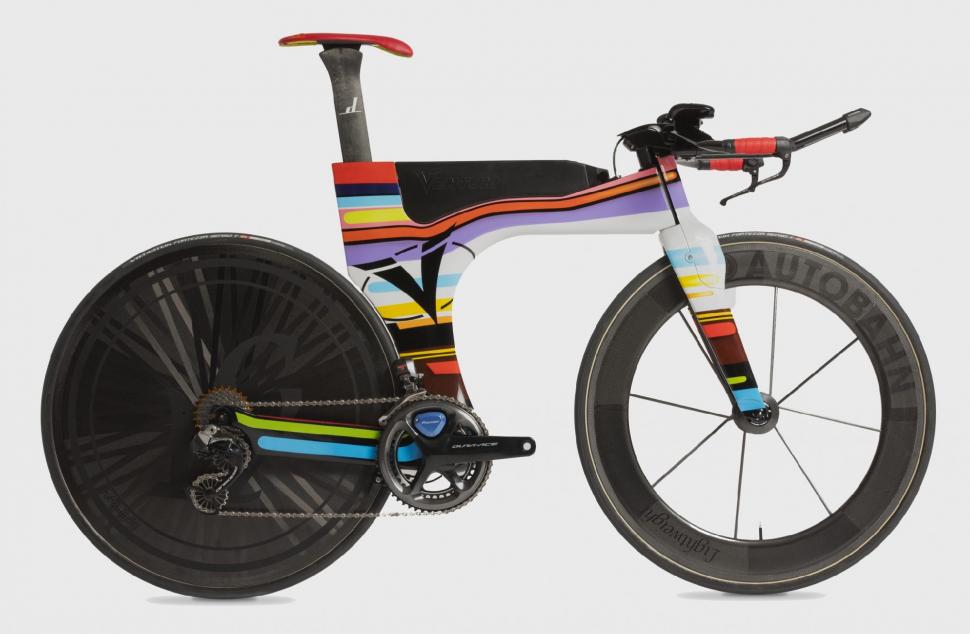 With the Ironman World Championship this weekend, here’s a collection of radical speed machines
by Mat Brett

The rules covering the bike you can use in an Ironman triathlon are different from the UCI’s so you’ll see designs at the World Championship in Hawaii this weekend that wouldn’t cut it in a time trial. Here are six of the most radical. 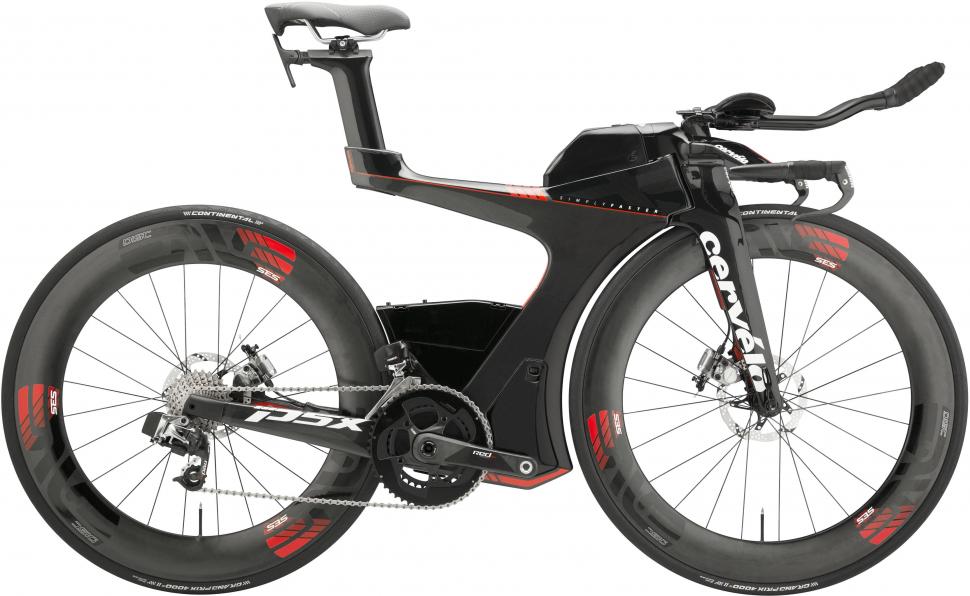 Cervelo says that it spent 180-hours in a wind tunnel during the development of the P5X and went through 150 frame iterations before arriving at the finished product.

You’ll immediately notice that the bike has no seat tube or seatstays – removed to reduce drag – and the down tube curves around the rear edge of the front wheel to manage the airflow in that area.

Find out more about the Cervelo P5X here. The Andean is designed around what Diamondback calls its Aero Core – the section of the frame that sits directly between the wheels. This is intended to be a single large airfoil.

“This bike was designed from the centre of the wheels—the least aerodynamic area—in towards the middle of the frame, then up,” says Diamondback.

The brand says that this approach leads to an improvement in the laminar flow across the entire system, dramatically reducing drag at every yaw angle.

There’s loads of storage space on offer inside the frame and in compartments on top of the top tube. This avoids the need to add non-aero elements, or to tape supplies to the frame.

The Andean takes disc brakes and is designed to use a SRAM 1x (single chainring) drivetrain.

Find out more about the Diamondback Andean here. Scott offers UCI-legal versions of its Plasma but this Premium model is triathlon-specific, a replica of the one ridden by 2014 Ironman World Champion Sebastian Kienle.

Carrying plenty of easily-accessible fuel is vital during the 112-mile bike leg of an Ironman, hence the hydration unit in front of the head tube, the bento box on the top tube, a bottle mounted to the down tube and additional storage just above the bottom bracket.

The Ventum One (this is a custom finish) lacks a down tube and seatstays, ditched in pursuit of aero efficiency, and that compartment you can see on the top tube is an integrated bottle that holds 1.4 litres of liquid. A straw and a bite valve allow you to drink without altering your ride position.

With most of the drag resulting from the rider rather than the bike, anything that allows you to remain aero for longer has to be welcome. The Viper R is an update of the straight Viper with an integrated front hydration system developed with Profile Design and an integrated stem/ bento box.

Ceepo claims that this results in “a 15% improvement in wind tunnel testing compared to the same Viper with a conventional race day setup”. 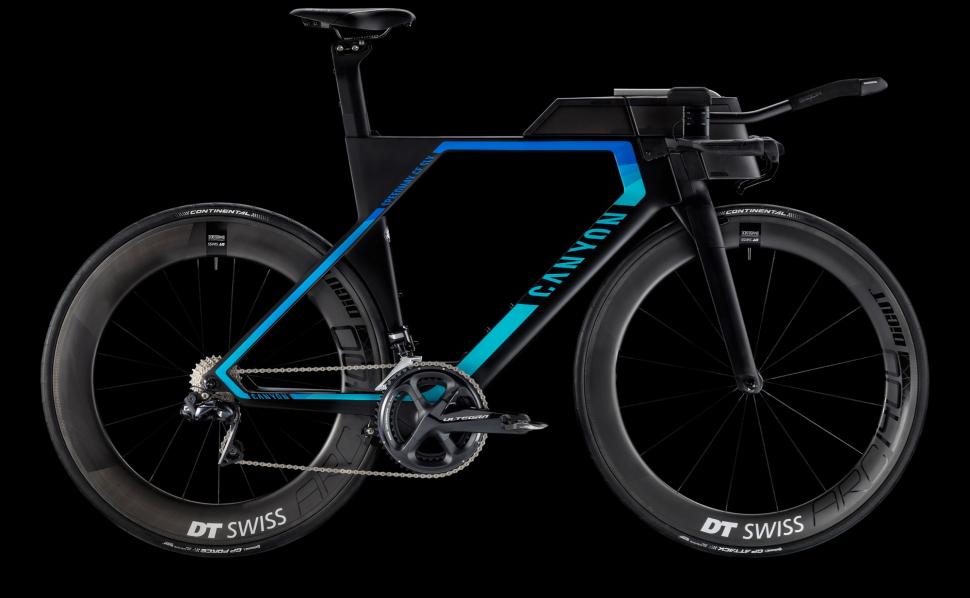 Canyon’s Speedmax CF SLX usually looks futuristic, but in this company it appears almost conventional. It is UCI legal, provided you remove the additional hydration and bento box pictured here.

You get a Gear Box storage unit for spare inner tubes and CO2 cartridges in front of the seat post, and a nutrition storage box behind the stem for stashing energy gels, bars and hydration tablets. Two water bottles can be carried behind the saddle on a removable adapter.

The handlebar has a Hydration Source, developed with Profile Design, sandwiched between the extension bars and in front of the stem, with a short hose allowing easy hydration on the move.

Find out more about the Canyon Speedmax CF SLX here.