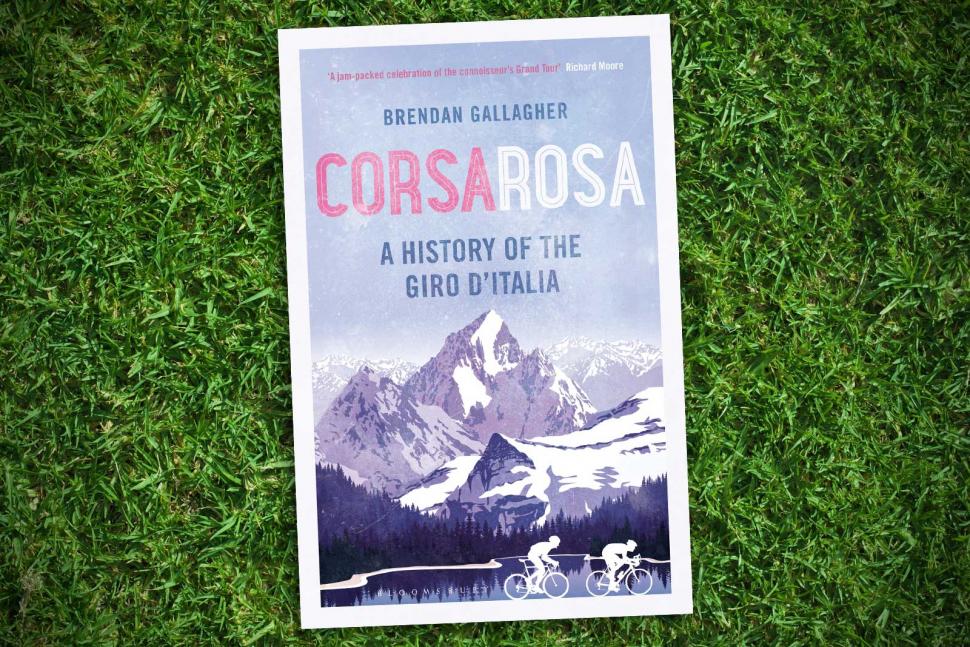 8
10
Contains little that has not been seen before, but presents it in a concise and accessible format
Weight:
495g
Contact:
www.bloomsbury.com
How we test

Even before the 100th edition of the Giro d'Italia kicked off this year, we had already witnessed another race: who could be first to market with a book about the previous 99 editions. We now know that Colin O'Brien won that one with Giro d'Italia, but Brendan Gallagher was not far behind with Corsa Rosa.

With two books trying to cover broadly the same ground, one is tempted to look for similarities or differences. We already know that O'Brien's work focused in on a few themes in detail, which suits the nature of the Giro and the stories it has spawned.

Gallagher goes for a more linear approach, with each race covered in chronological order, backed up by fairly extensive lists of results and other key facts.

If I were to oversimplify things I would say that Gallagher gives the more comprehensive coverage and race reporting, albeit at the expense of depth and analysis – but O'Brien goes into more detail and explanation of the stories he has chosen to include. Neither approach is better or worse than the other, just different.

Gallagher acknowledges that the definitive reference work on the Giro is "Bill and Carol McGann's monumental The story of the Giro d'Italia, which offers up the final statistical word in terms of classification winners, results and timings on any given day over the last 99 editions of the race", spread over two volumes.

Actually, that number 99 needs some explanation because the McGanns' most recent book only takes us to the 94th edition of the race in 2011 – but their website covers the more recent races as well.

Similar respect is accorded to Herbie Sykes' "splendid and all-encompassing Maglia Rosa" and John Foot's Pedalare! Pedalare!, although neither cover the last few years of racing – which leaves a gap that this year's crop of books are filling.

As Gallagher discovered, it was not easy to "piece together what actually happened in the early decades when much of the race took place away from the public gaze and record keeping was sometimes sketchy", so he relies heavily on all those books mentioned for his research. You won't find the race trying to avoid publicity these days!

There is a small selection of images from some of the main photo agencies, which are good but probably nothing that hasn't been seen before; this is no coffee table book, and the pictures are not the main attraction.

> Read more: 14 books every cyclist should have on their shelves

With Corsa Rosa, Gallagher's aim was to cover the whole history of the race in a "broad sweep", trying not to "linger too long in any one era, no matter how tempting". The result will be sufficiently detailed but still eminently readable for the majority of people (a McGann-lite if you like), and it makes you realise how much more there is to discover about the race: "With the Italian love of drama and intrigue, it has also witnessed more than its fair share of low-life cheating, skulduggery and rank unsportsmanlike behaviour in the ruthless pursuit of glory, fame and financial gain."

Contains little that has not been seen before, but presents it in a concise and accessible format

The Giro d'Italia is the cooler, tougher brother of the Tour de France. First staged in 1909, and only pausing for two World Wars, its hundredth edition takes place in 2017.

Inspired by L'Auto's improved circulation figures after establishing France's Grand Tour, the Gazzetta dello Sport saw an opportunity to outdo its rival paper, the Corriere della Sera, by organising its own race. From its first years the Giro pushed riders to their limits with brutal climbs, treacherous road conditions, appalling weather and epic distances. Time has changed the Giro to a degree, but it remains as ferociously testing – and as beloved of cycling's romantics – as ever.

All the winners are covered: from the first victors Luigi Ganna and Carlo Galetti, to the likes of Alfredo Binda, Costante Girardengo and Gino Bartali, past the legends of Fausto Coppi and Eddy Merckx, on to Bernard Hinault, Miguel Indurain and Marco Pantani, and then right up to today's champions Vincenzo Nibali, Nairo Quintana and Alberto Contador. The history of the Giro is the history of cycling's superstars.

The battles for supremacy, the controversies and skulduggery, the fame and the glory, and the iconic stages all feature. In Corsa Rosa, Gallagher skillfully combines history, anecdote and analysis to bring this ultimate test of endurance vividly to life.

It is wide-ranging and covers a lot of ground.

It won't have enough detail to suit everbody...

Would you recommend the product to a friend? It would be a good introduction to the Giro for anyone wanting to learn about the history of the race.

Comprehensive enough to suit most people's needs while still being an enjoyable read, and more up to date than any other book about the Giro (at present).