Mavic is developing a new carbon fibre shoe that aims to be extremely lightweight with a minimal stack height, and Dan Martin, sponsored by the French wheel and clothing brand, is currently putting them through their paces at the Tour de France.

Look hard enough and you’ll spot some prototype equipment being used at the Tour de France, and so it was when we watched Dan Martin heading out for one last training ride before the start of the race. On his feet were a pair of cycling shoes we’ve never seen before. 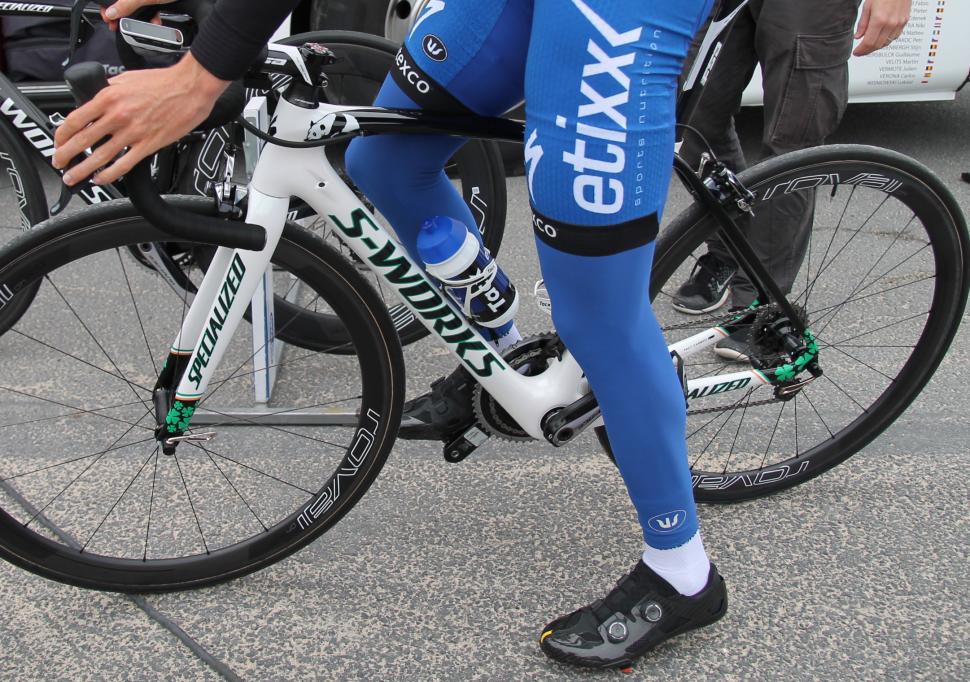 They’re made by Mavic, with just the telltale yellow flash on the front, and of course, we know Dan Martin is sponsored be the company. The shoes appear to be made from a single piece of carbon fibre with large mesh inserts for ventilation and a  generously padded foam tongue. A pair of rotary dials secures the shoe onto the foot.

We’ve contacted Mavic but they’re remaining tight-lipped at the moment, but they did tell us:

“These carbon shoes are under development. We work closely with our athletes to improve and bring new items in the future. These are prototypes, no definitive options taken yet. Aim is extreme lightweight and power transfer with minimal stack height”

One thing is for sure, they’re a much more radical design than Mavic’s current flagship shoe, the Cosmic Ultimate which weighs 240g for a size 42. Just how light these new Mavic shoes will come in at remains to be seen. Will they be in the same league as the Rocket 7 shoes which, at 145g for a size 42? We'll have to wait and see.

Carbon fibre has been used increasingly in the construction of cycling shoes, with the likes of Bont’s mouldable shoes and more custom creations worn by Adam Hansen, who actually makes his own one-off carbon shoes, and more recently Bradley Wiggins has got in on the act, wearing a pair of carbon lace-up shoes on the track.

As soon as Mavic releases more information on these new shoes we'll update this story.