Katusha’s Alexander Kristoff has shared a photo of his new training bike, a Canyon Aeroad Disc. It also appears to be fitted with SRAM’s new eTap hydraulic disc brake levers as well.

Putting aside the current disc brake ban in professional racing for a moment, some teams have been dabbling with disc brakes since the UCI’s disc trial was formally introduced last autumn, and some manufacturers have suitable disc-equipped race bikes ready to go.

This isn’t the first time Canyon has shown that it’s working with disc brakes. At Eurobike last year, it showed a prototype Ultimate CF SLX Disc packed with the latest technology, such as 12mm thru-axles, space for 30mm wide tyres (huge for a race bike), flat mount disc mounts and internal hose and cable routing. 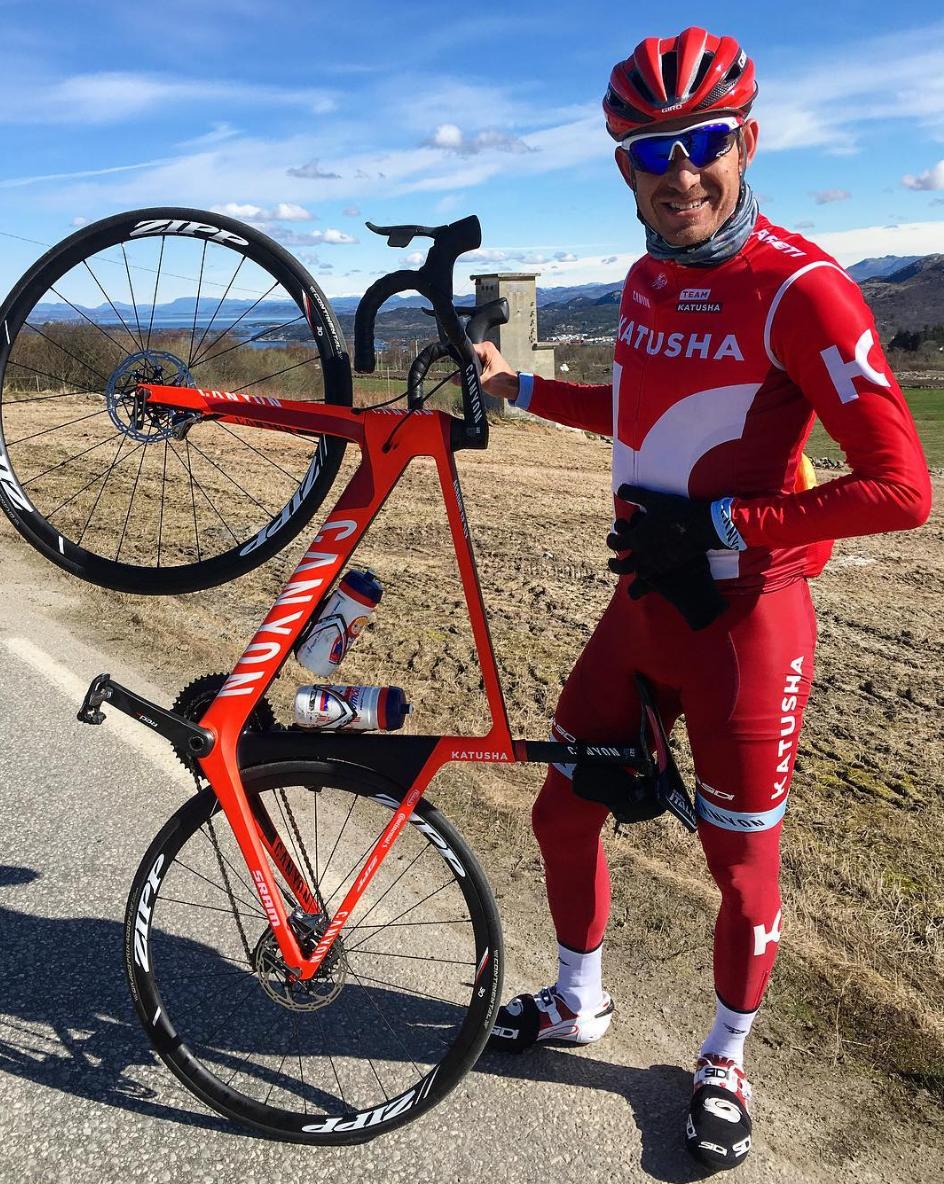 That Canyon has developed a disc version of the Aeroad is no surprise. It’s the bike favoured not only by Kristoff but most of the Katusha pro team as well. That’s because it offers the aerodynamic edge that appeals to any racing cyclist but manages, as we found when we reviewed it, to combine excellent comfort as well.

The bike looks to be sporting SRAM’s new eTAP hydraulic disc brakes. SRAM hasn’t confirmed a hydraulic disc version of its wireless groupset yet, but it’s only natural that it would be working on that follow-up product to eTap.

We can’t tell what size the rotors are, they appear to be 140mm rotors because there’s no adapter between the caliper and frame/fork - an adapter would be needed for larger 160mm rotors.

The wheels are Zipp 30 aluminium clincher rims, and there’s the usual Canyon one-piece handlebar that Kristoff normally races with.

Since writing this story, the photo seems to have vanished from Kristoff's Instagram feed... Still, it got a lot of likes and comments before it disappeared. 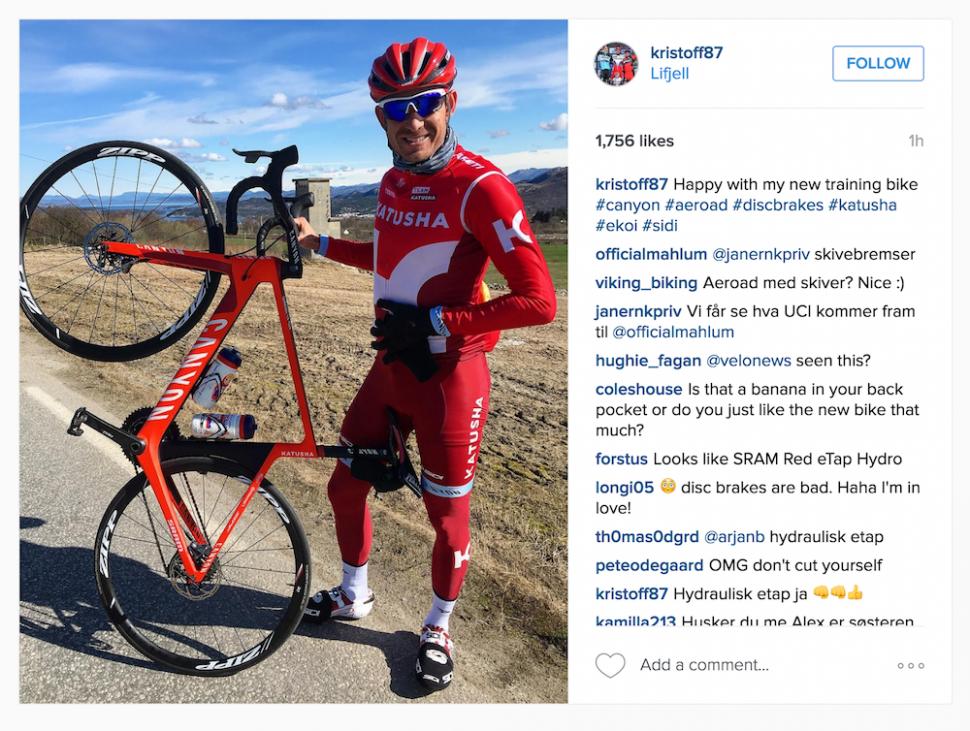