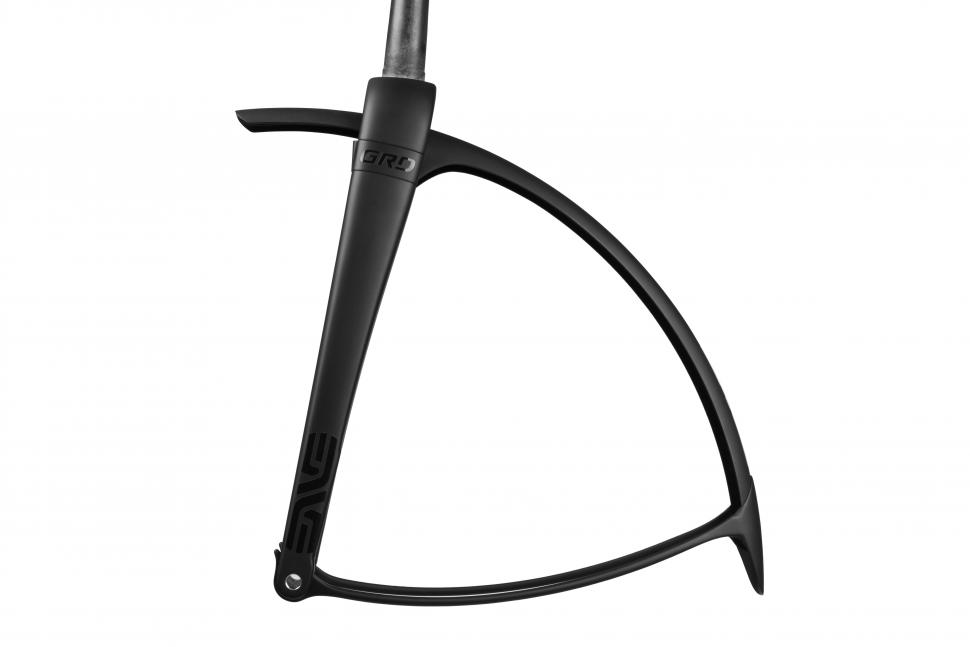 Enve’s new Gravel Road Fork (GRD), which we first spotted last year, is now available. It's aimed at the growing number of gravel and adventure bikes, and features an integrated carbon mudguard, 12mm thru-axle and a flat mount for the disc brake caliper. 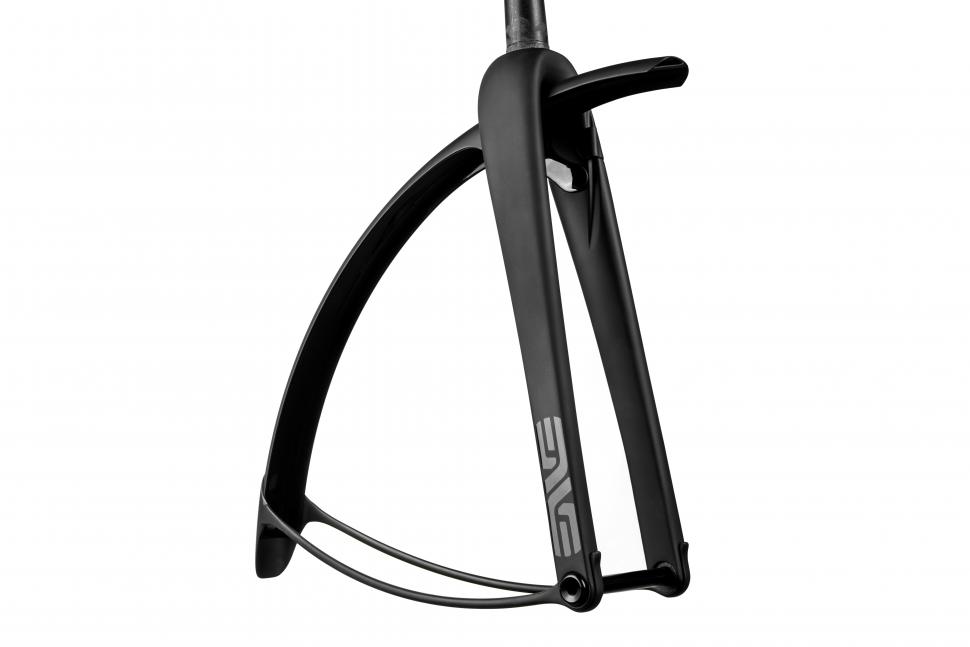 The fork is made from carbon fibre and weighs 750g and is provided with a carbon mudguard (150g) that clips into the fork at the fork tips and via two small recesses on the inside of the fork blades. The fork has space for a 35mm tyre with mudguard and 38mm without. 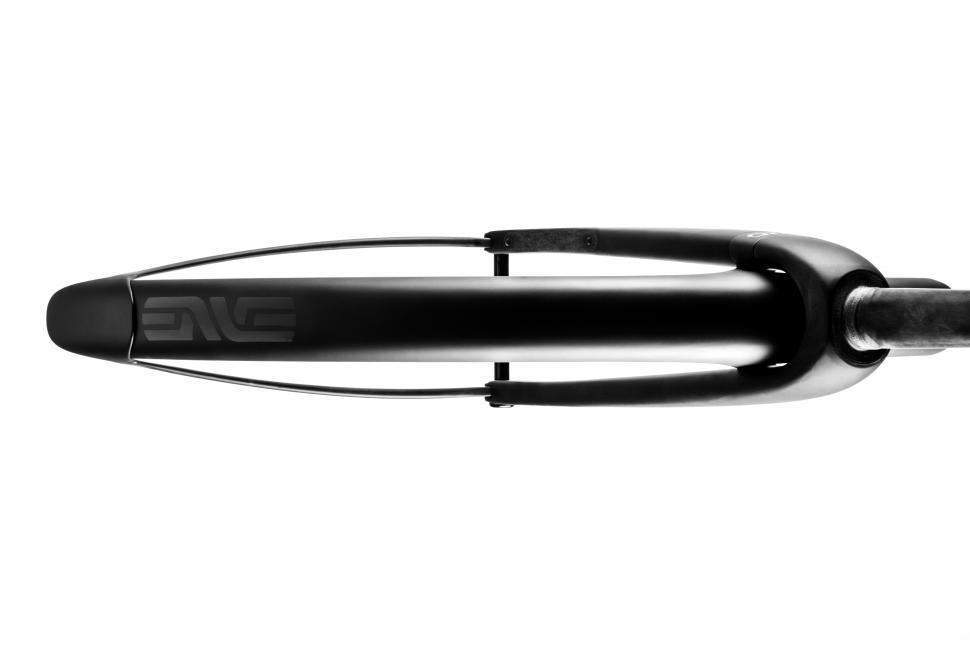 “Creating a road fork with an integrated carbon fender system that offered tool-free installation and removal is something we’ve wanted to do for years,” said Marketing Director Jake Pantone. “We wanted a fender that was so simple to install that you wouldn’t avoid riding in nasty conditions just because the fender was overly challenging to quickly install. 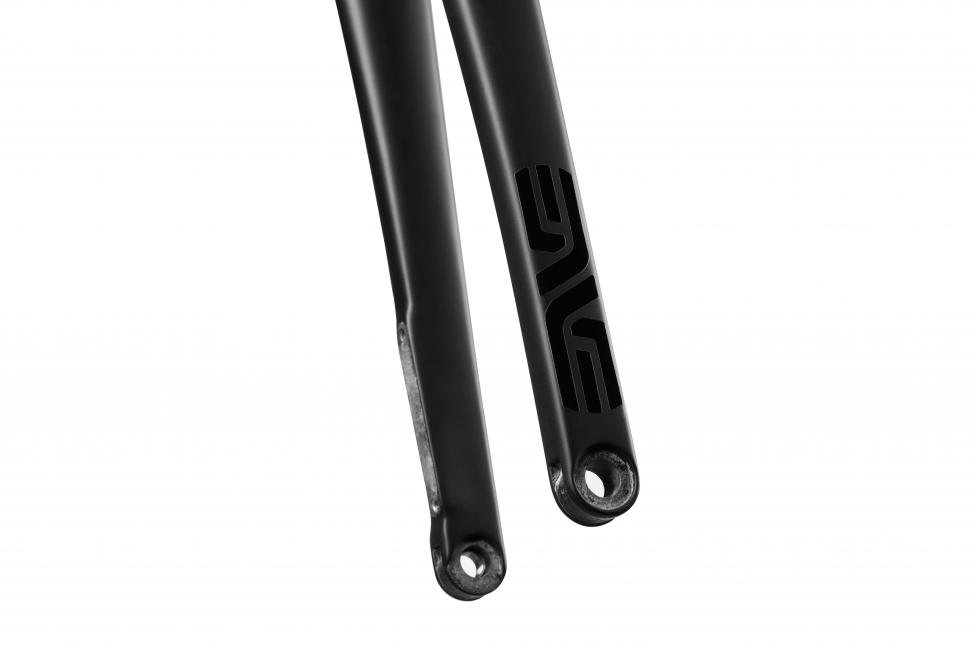 “Additionally, once the fender is on the bike, we wanted fender removal to be equally simple.  The rapidly emerging adventure, all-road, gravel road market provided the perfect platform for a fork with this functionality.”

Enve produces road and cyclocross forks (which we've reviewed) but this new GRD fork slots in between the two. It's purpose-built for the growing number of gravel bikes, and splits the difference in terms of length and clearance between a road and ‘cross fork. It has a 382mm axle to crown length and 47mm rake. 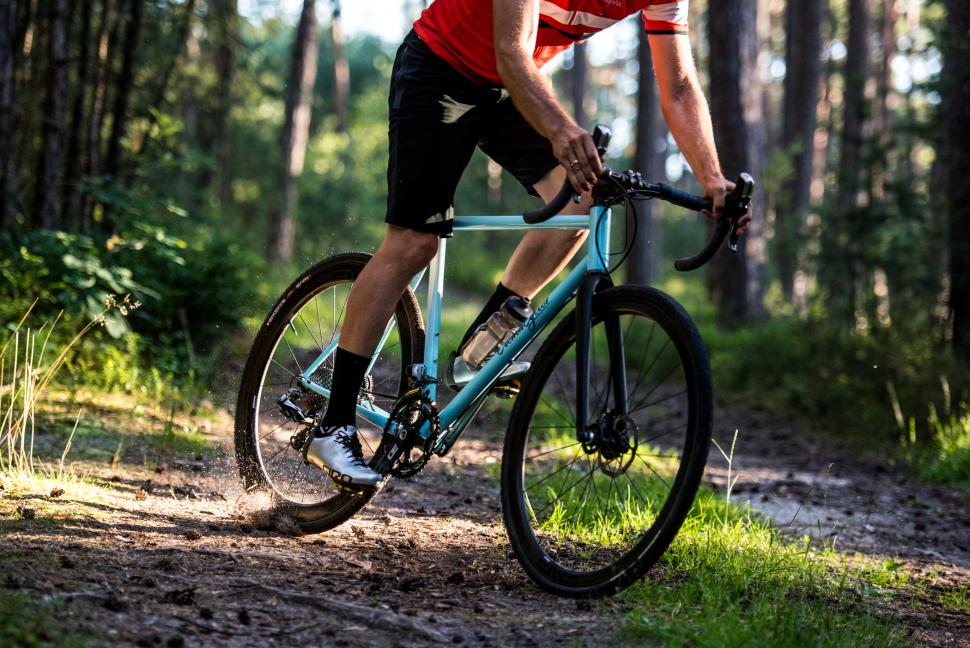 A change for production is a switch to a flat mount disc caliper fixing. This method of attaching the caliper to the frame/fork is rapidly becoming a standard and offers a much cleaner appearance as no adapters are needed. 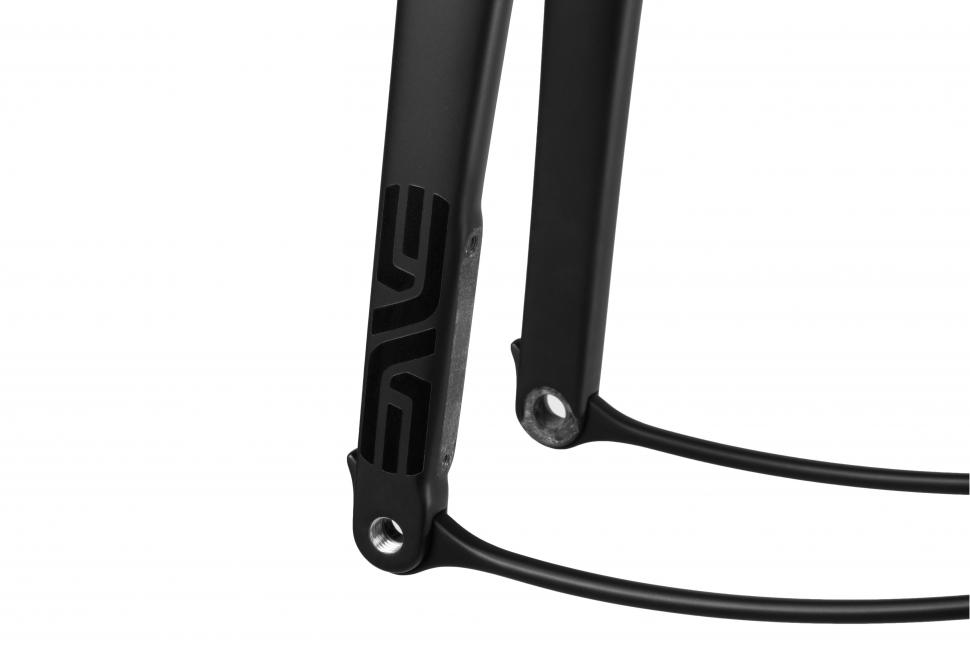 The carbon fibre mudguard can be easily fixed to the fork with no tools required. It can be removed with the front wheel still in place. There’s a clip for the front brake hose, which is routed externally.