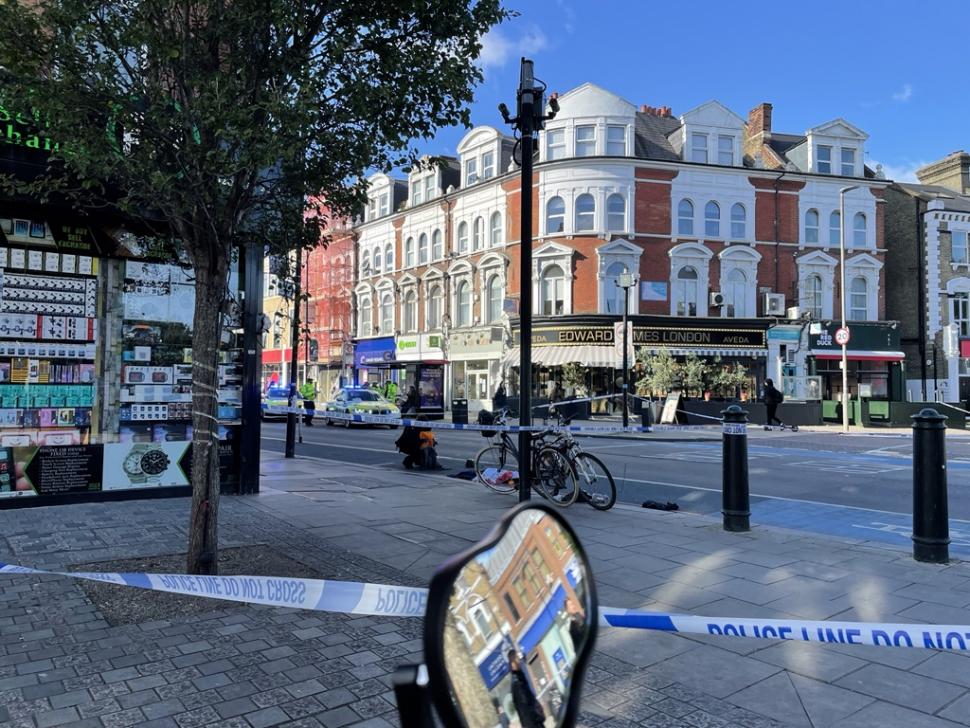 Cyclist dies after collision with another rider on major London cycleway

A cyclist has died after suffering what police describe as “a medical emergency” following a collision with another rider on a major cycle route in south London this morning.

The Metropolitan Police Service says that officers were called to the incident on Balham High Road at the junction with Bedford Hill at 0822 hours.

“A man in his mid-40s was at the location suffering a medical emergency,” police said. “He was taken to hospital where he died a short while later. His next of kin have been informed.”

"At this early stage there appears to have been a collision between two cyclists before the man was taken ill,” the force added.

London Ambulance Brigade, who were called at 0817, said: “We sent an ambulance crew, an incident response officer, a clinical team manager, and two medics in cars. The first of our medics were at the scene in two minutes.”

While no motor vehicle was reported to have been involved in this morning’s incident, it has thrown the spotlight on the safety of cyclists using the route.

CS7, which runs for 14km from Colliers Wood to the City of London, was one of the capital’s first Cycle Superhighways, opening in 2010.

However, it attracted strong criticism from cycling campaigners due to the lack of physical protection, with the route marked out in the then-signature blue paint that characterised the early routes in the programme.

Lying mainly on the A24 before joining the A3 at Clapham Common as it heads towards the city centre, CS7 lies entirely on a ‘red route’ forming part of the TfL Road Network.

Last year, in response to the coronavirus pandemic and calls from cyclists to provide physical segregation, Transport for London (TfL) began upgrading the route, including installing wands to afford some degree of protection to riders, including at the location where this morning’s fatal incident happened.

In response to a thread on Twitter regarding this morning’s fatality, Councillor Jo Rigby, Wandsworth Labour Active Travel and Transport Speaker, pointed out that the Conservative-controlled borough opposed the upgrades to the route, creating a “hostile environment” that resulted in wands being removed.

OMG, that's the right hand turn I take every day onto Ramsden Road. Wands have been removed over time so very little protection left.

Several wands have been removed over time. I kept trying to screw them back in.

This is TfL, the cycle lane was upgraded. What the Conservatives did is campaign against the upgrades. This created a very hostile environment and wands were removed to pacify/palcate. Other wands have been taken away by unknown people.