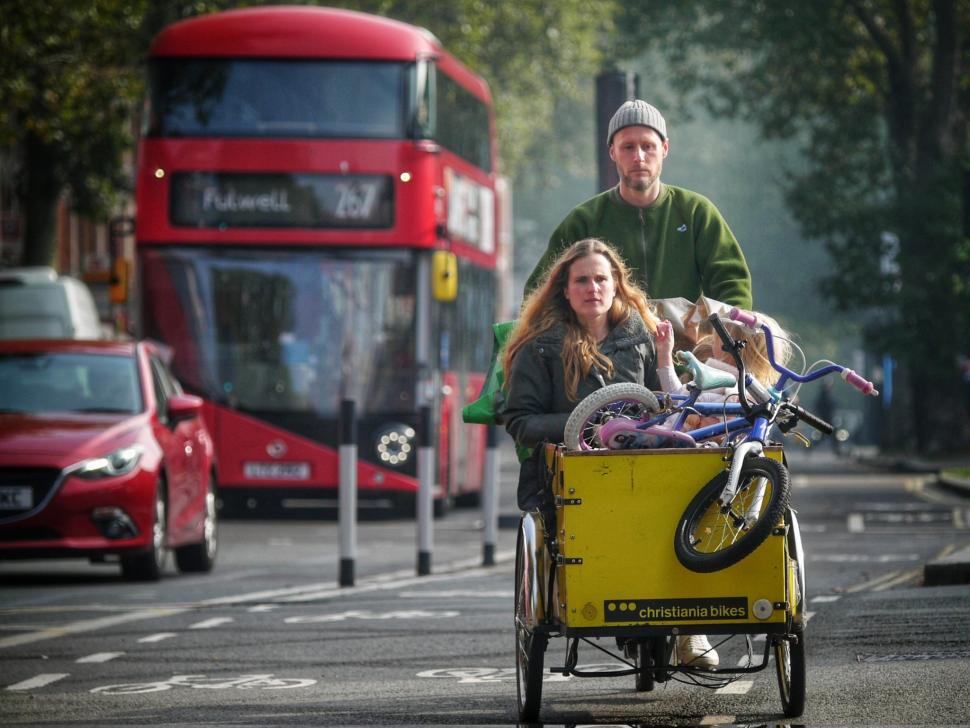 The president of the UK’s biggest motoring organisation, the AA, says that drivers should welcome cycle lanes because by encouraging people to get out of their cars and onto bikes for everyday journeys, they help improve motor traffic flow and reduce congestion.

Edmund King has also called on the government to protect active travel funding from falling victim to widely expected spending cuts in the Budget, which is due at the end of this month, reports the Daily Telegraph.

“Even though we're a motoring organisation, that doesn't mean you need to use your motor all the time,” explained King.

“Journeys under a mile and a half are in many ways the most expensive way to use a car,” he said, “because your car's not warmed up, you're only going a short distance, and you’ve got to pay to park.”

Research conducted by the AA found that during the coronavirus lockdowns, a reduction of between 5 and 10 per cent in levels of motor traffic was the sweet spot in ensuring that it flowed freely, rather than drivers being stuck in traffic jams.

“It doesn't have to be a massive cut, but can make a big difference,” said King.

He has previously spoken of how people should use the most appropriate means of travel for the journey they are undertaking, whether that be by car, public transport or cycling or walking – or a mixture of different modes, if the trip requires it.

King has also called for an end to what he termed the “two tribes” mentality which often sees cyclists and motorists depicted as entirely separate groups when in fact many people both drive motor vehicles and ride bicycles.

While one in five AA members ride bikes regularly, the organisation says that more would be encouraged to do so if there were more safe infrastructure, with around half claiming they would seek to replace at least one car journey a week with a bike ride.

The AA has added its voice to those of campaigners including the charity Cycling UK in calling for the government not to cut funding for active travel.

King said: “There is a commitment to spending for walking and cycling, and we don't think they should cut back on that. It would be short sighted, particularly at this time in the economy,” he added.

At the start of last year, as the UK emerged from lockdown, King urged people to reconsider their travel habits as life returned to some semblance of normality, urging them to replace trips by car with active means of travel where possible.