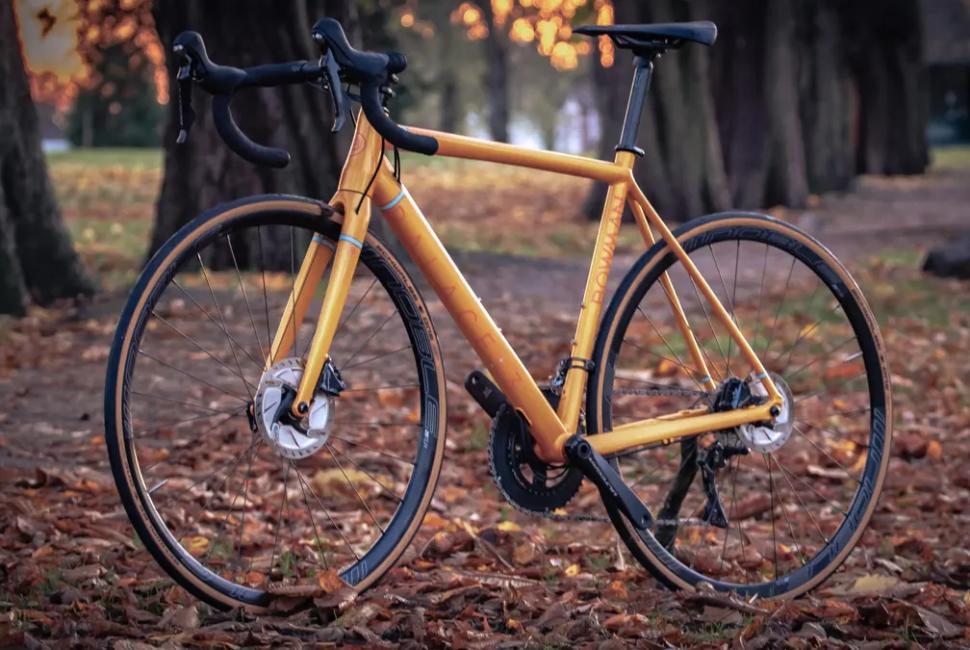 Bowman’s founder says supply chain issues have had a devastating effect on the company’s ability to fulfil orders, and is trying to “work out how to refinance” the business
by Nick Howes

Last month it became clear on our forum that some of you were experiencing problems with the popular British bike manufacturer Bowman Cycles. @Yavuz asked the question ‘What is your experience with them?’ and the deluge of replies was striking.

Claims of incorrect builds, poorly packed bikes and a total lack of response to emails or calls was alarming, so we went on our own quest to contact them and managed to sit down with their founder and managing director Neil Webb this week to get his response to some of the allegations that had been made against the brand.

As the title of this article suggests, Webb revealed the company has been beset by a raft of supply chain issues during the COVID pandemic which have had a devastating effect on their ability to fulfil orders.

He told road.cc: “All that has made life very difficult this year and there isn’t an end in sight to the manufacturing issues coming out of Asia [where many of their components are produced].

“For instance, we placed an order with Shimano in December last year that will only start arriving in August 2022. Usually, we’d have bought some stock from Madison [Shimano’s UK distributor] to see us through, but there’s absolutely nothing around.”

The situation was exacerbated for Bowman by the fact they’d launched a new frame right before the pandemic hit.

Webb added: “We’d put in orders for 12-1400 frames over the course of 2020 but didn’t see the first of those arrive until May this year. There are still 600 frames from that order which haven’t been shipped.

“Then you throw in all the extra shipping costs, extra costs of materials. Everything is more expensive, delayed, or simply doesn’t turn up. It’s just an absolute clusterf**k for want of a better word, to run a manufacturing business at the moment, the delays go all the way up the supply chain.”

Webb also revealed that suppliers and distributors seemed to be favouring larger clients over more modest enterprises such as his own.

“The big players are taking all the space," he added.
"All the smaller businesses like us that I know are experiencing this same problem in some way, shape or form and these constant delays have taken huge amounts of man power to manage.”

When pressed on the company’s lack of responses to concerned customers, Webb admitted Bowman had fallen short of expectations and was apologetic to anyone that may have been affected.

He said: “I’m aware we haven’t been able to get in touch with people for five or six weeks, which I understand is really sh*t. In hindsight we should maybe have told people ‘yes, we’ve got your email but we can’t tell you an answer’, but we thought the problems we’re experiencing would have been sorted out quicker than they have been.

"We’ve been waiting to give people the correct information and I can only apologise for people’s frustrations about that. It’s a s**t situation but any outstanding queries will have some form of reply from us within the next 14 days.”

Perhaps most pressing for Webb is the fact that Bowman Cycles appears to be hanging by a thread, and it’s a situation he is determined to rectify sooner rather than later.

“We’ve basically got a deadline of another 10 to 14 days,” he said. “It’s a self-inflicted deadline because we just can’t keep going on as we are. We need to work out [how to] restructure or get some more assistance, work out how to change things and refinance.

"We’re not out of business currently… everyone in the company is working out what the next best step is, how to do it and how that happens. If that doesn’t work then we don’t know what happens next.”

One thing Webb was keen to point out though, was that any existing orders customers have with the company should be fulfilled. “That’s another of our top priorities. There’s around 50 people with outstanding orders and the most important thing we can do is get those out. As far as I’m aware, that’s either happening or they’ve been refunded in full.

“We've had to stop accepting new orders since the end of September though, because we wouldn’t be able to guarantee we could fulfil them in a timely fashion.

“Hopefully people can bear with us. Those that are angry will continue to be angry, there’s nothing we can do to placate them now unfortunately.”

What has your experience with Bowman Cycles been over the last few years? Let us know in the comments below.

Update, 22/11/2021: Some accusations were made about the partnership between Bowman Cycles and Noble Wheels on the road.cc forum and in the comments under this article. A response from Bowman Cycles can be found below.

When we started expanding the relationship with Jonny at Noble, we worked with him to develop a good benchmark alloy wheel using available parts - with the focus being build quality. We purchased numerous wheels from Noble Wheels, some of which were built by Jonny himself - some by his staff.

When he reduced his capacity, he suggested we work directly with his ex-staffer to do the wheel builds to the standard and specification Jonny required, and deal with the decal vendor directly to maintain the same branding. The specification and build quality was maintained throughout. As supply chains shifted, we occasionally used a different rim manufacturer - such as DT Swiss (as per the "specification may change" small print) - but maintained build quality and continuity through the identical build process as previously.

Noble provided us with the decal artwork and the individual contact at the decal manufacturer. At no point did Jonny at Noble inform us that he did not view the wheels built to his specification, and using his decals as anything other than the Noble Wheels originally specced.