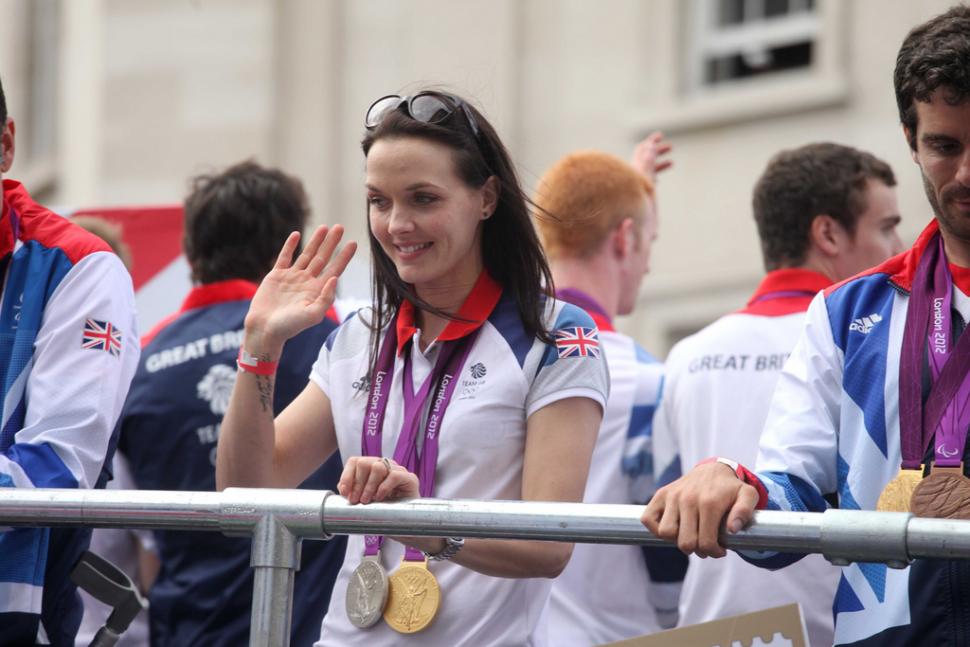 Victoria Pendleton says 'inequality' kept her away from road racing

Victoria Pendleton has ruled out returning to cycling and says the inequality between the top male and female cyclists kept her from turning to road cycling during her racing career.

Speaking to the Manchester Evening News while presenting a National Lottery award on behalf of female-only sports programme Us Girls to Stretford High School, Pendleton said she was planning to move to the South of England after marrying her long-time boyfriend Dr Scott Gardner this past weekend.

“I have sold my house and we move next month,” said Pendleton. Gardner is head coach to the Great Britain sprint canoe squad, which is based in Marlow, Buckinghamshire. “Scott’s job means it’s a bit far to commute,” said Pendleton.

Pendleton retired after London 2012 and says she has no plans to come back to cycling.

“I can’t believe a whole year has passed since the Olympics.”

Pendleton had a sometime fractious relationship with her team-mates and the management of the British team, but now looks back fondly on her racing days.

“I miss the training routine and I miss my team-mates and the coaches,” she said. “They are more than just work colleagues.

“I catch up with them as often as I can but it’s not the same as going into your work place every day.

“Not having that weight of expectation is something I have welcomed with open arms.

“There are times when I have a dream about being at training or in a competition and suddenly wake up feeling ‘oh gosh, I need to do something or be somewhere’.

“Then I realise I don’t. It’s quite strange and has taken time to adjust.”

The future of women’s cycling

Track racing has been the most successful branch of women’s cycling in terms of international, and especially Olympic, visibility and the creation of a career path for riders like Pendleton.

“It was suggested to me that maybe I should consider road cycling long ago,” she said.

“I have had a few people suggest it to me in the past because it was felt that I would be better suited to it.

“But I’ve never really had a huge desire to do it myself, mainly because of the inequality factor.

“When you see your male counterparts living a completely different lifestyle, I think it would be quite depressing! So no, it’s not for me.”

She feels women’s road cycling is on the right road, though.

“I think in terms of the track, women’s cycling has come a long way to be equal to the men’s side of racing. Road racing is a bit different – they are not quite there yet, but it is definitely progressing in the right direction,” she said.

“I think it will take longer to really introduce the changes to make it, in cycle culture, on the same level as men’s road racing.

“It is going to take more time and a lot more investment.

“Having one or two strong teams isn’t going to be enough – it needs to be a whole cycling scene domestically and internationally, to give women something to train for.

“It is going to take a bit more time, but I think what has happened with the track has shown that it can be done.”