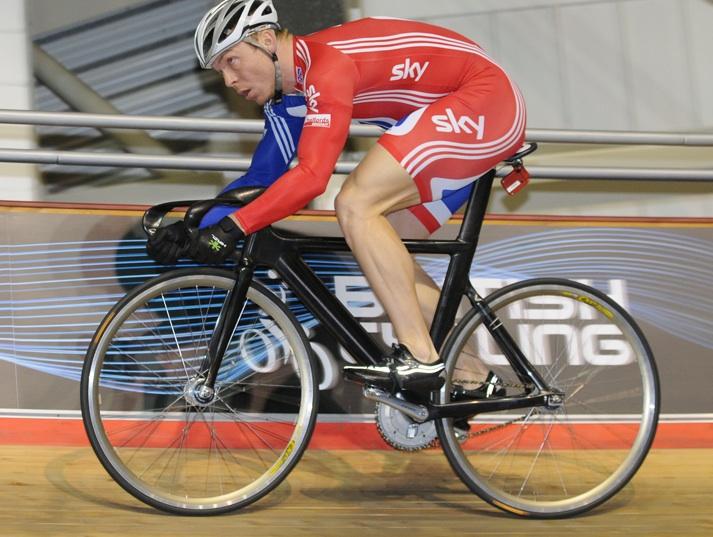 Chris Hoy, Victoria Pendleton and Sara Storey will feature in the Autumn calendar
by dave atkinson

British Cycling has confirmed the appearance of some of the country’s top track stars at a trio of events to be held had the Manchester Velodrome this autumn. First up will be Olympic and World Champion Victoria Pendleton in the National Track Championships, held between 20-24 October, where she will defend the Keirin and Sprint titles she won last year.

The following week sees four-time Olympic gold medallist Sir Chris Hoy heading a list of star names in action in the British round of the UCI Track Cycling World Cup series, the curtain-raiser for the 2009/10 international track season. The event runs from 30 October to 1 November.

Finally, from 6-8 November, Britain’s Para-Cycling team will be line up for the UCI Para-Cycling Track World Championships. Sarah Storey, fresh from winning two world titles on the road in Italy earlier this month, will be defending her rainbow jersey in the Individual Pursuit.

Jonny Clay, Cycle Sport and Membership Director at British Cycling, promises “ten days of exhilarating track action and entertainment for cycling fans”, but you’d better be quick booking your place – seated tickets for the Saturday and Sunday of the UCI Track Cycling World Cup have already sold out, although standing and track centre tickets have gone on sale today.

Tickets for all three events are available from www.ticketmaster.co.uk or over the phone on 0844 847 2425.