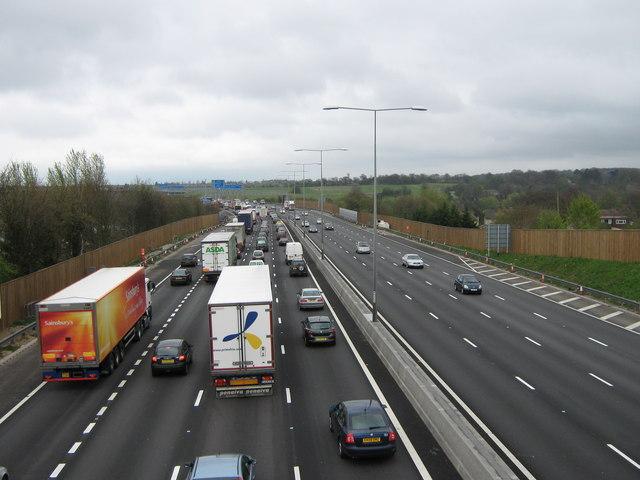 With many initiatives in place around the country to get people out of their cars and onto their bikes, research published today rates how dependent each region in England still is on the car. And for many it makes poor reading, with very few making the grade.

The Campaign for Better Transport has rated English regions for car dependence and the Car Dependency Scorecard reveals that people are facing different reasons for car dependency and shows what is needed in each region for people to begin to have real choice about how they travel.

The scorecard examines factors that contribute to car dependency, including people’s proximity to school, work, shops and services, where new developments are built and at what density, the attractiveness – availability, quality and cost – of
bus, rail and tram services, the attractiveness of walking and cycling, taking
account of traffic volumes, speeds and accidents, investment in public transport, and public perception of local transport.

1. North West: 68%. C+
Innovations like ‘cycling towns’, and good tram and train networks are good options for people to leave their cars at home.

2. Yorkshire & the Humber: 57%. D+
City streets are good for walking along but public transport not attractive and it could be after for cyclists.

4. East of England: 54%. D
No need for a car to reach the office but public perception of the non-car option need to be improved.

5. North East: 54%. D
Rural people are close to services and the region had the lowest transport costs, but it had the highest traffic flow, making its streets unfriendly to cyclists.

6. East Midlands: 53%. D-
People think the bus is a good option but more innovation is needed to get people out of their cars.

7. South West: 49%. E+
Drivers in the South West do a better job than anyone else not injuring cyclists and walkers but public transport is the most expensive

Stephen Joseph, executive director of the Campaign for Better Transport, has said: "Car dependency is hurting people's health, communities and the environment. Our new scorecard shows that while car dependency is a big problem it is not inevitable.

"In each region, there are initiatives helping to reduce car dependency. But more needs to be done. We want local councils to take action in their upcoming local transport plans and spend on projects that will make it easy for people to get out of their cars, and we want the Government to set policies and funding so that car dependency is reduced."

A recent study from the Institute of Advanced Motorists (IAM), identified that motorists who cycle hold the key to les congestion, better health and less pollution.

The study showed the enormous potential for more motorists to take up cycling, but what deters them are inconsiderate drivers, heavy traffic, lorries, the poor state of roads and risk of an accident. More cycle lanes, safer roads and less traffic topped the wish list of cycling motorists.

The study also revealed that around half of all motorists own a bike, and two in five of them cycle regularly, while half ride their bikes very occasionally.