Last week's Bespoked Bristol (12-14 April) was a sellout weekend that saw over 6,000 people travel far and wide to see a beautiful collection of handbuilt frames and meet the makers behind them. Here are the bikes that came out on top in the show's awards...

The judges had to pick winners in nine categories, with one a public vote. Picking just one winner in each category was no easy task when they were faced with so much quality.

road.cc contributor Steve Worland was one of the seven judges. He gave us an idea of the general criteria for judging and what was in the minds of the judges for each category winner...

Steve: “It's an almost impossible task coming up with winners at a bike show. The biggest problem is simply that there's so much there in terms of style and innovation, not to mention basic build quality, artistic flair, rider desirability and pure originality. Every judge has a different background so personal bias was inevitably weighted in many different directions.

"With renowned frame builder Dave Yates on the judging panel we were all aware that established quality in workmanship was as crucial as anything else, but we didn't want to skim over the innovative ideas coming from some of the new builders. To be honest, a few of the categories were a very close run thing between several builders - so close, in fact, that a few tactical votes slipped in to avoid one builder winning in more than one category. The big problem these days is in the categorisation itself.

"Most bikes and frames tend to span categories. The other problem is that we don't get to ride the bikes, so judging is inevitably weighted towards aesthetics, and basic execution of good ideas. Anyway, I've added some comments next to each category winner to try to shed some light on the whys and wherefores.” 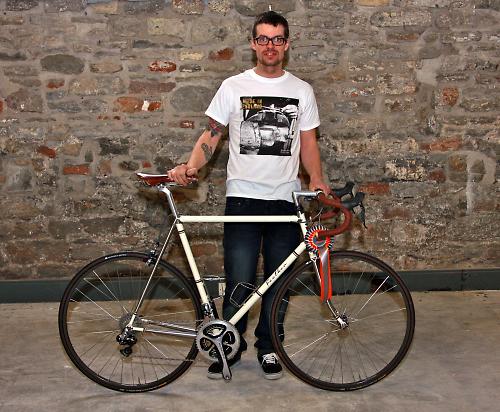 “Ricky Feather won the 'Best Road Bike' award last year, and there were several bikes on his stand that could have repeated that, as well as a whole lot of others on stands from the likes of Donhou. Feather frames featured high up on the judges' lists in a few categories but the winning bike encompassed the best of traditional and modern in one perfect package. Subtle innovation and desirability were there, as was Feather's superb construction skill.” 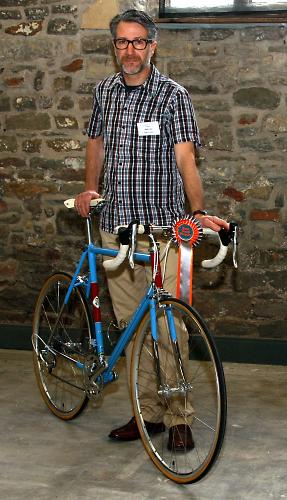 “In many ways this was a prize shared by all the longer established builders at the show. It could very easily have been won by the likes of Rourke, but the Swallow (like the Feather in many ways) appeared to capture the essence of both new and traditional in its build and finish.” 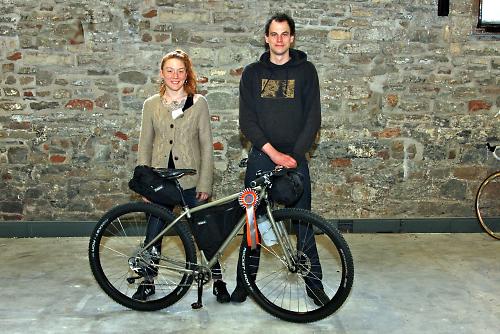 “This was a contentious choice, simply because the focus of this bike was on lightweight touring on trails and backroads. But using a mountain bike for this sort of touring is essentially what's getting a lot of new riders into adventure riding these days. And, let's face it, adventures are what touring is about. Okay, it's not a 'traditional' touring bike, but the design and finishing detail of Oak's bike was superb.” “The track category is a tough one, as it tends to include urban single geared riding in its more purist forms. Traditional aesthetics certainly played a part in the Winter Bicycles choice, but the superb build quality won the day.” 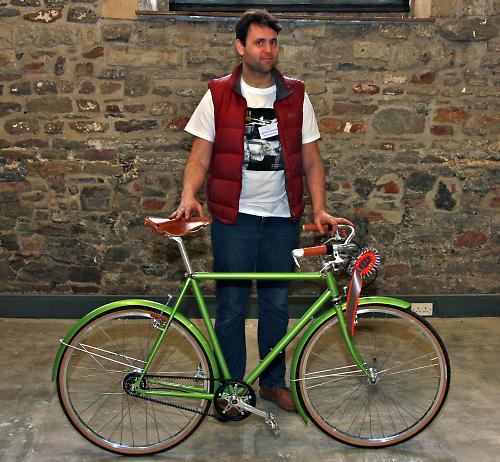 “Saffron was at the leading edge of a couple of other categories too. Again, a utility bike can be many things to many people, but this one seemed to find the perfect middle way between practicality, desirability and ordinary”. “The off-road category has grown to encompass a whole range of bikes, from MTBs to cyclo cross to traditional Rough Stuff Fellowship style dropped bar touring. Shand's dropped bar fat tyred 29er encompassed a bit of everything but remained a practical and beautifully executed bike for almost all uses.” “This was probably the most contentious vote of the lot. There were loads of excellent frames from new builders, but this was one of the most masterful uses of wood in a bike frame the judges had ever seen, and we've seen a lot of wooden frames. The comedy value of the prize being a bunch of Columbus tubes was a minor highlight too.” “Innovation can be subtle or spectacular. There was plenty subtle innovation on show at Bespoked but the judges would love to think that there'll always be room for painstakingly beautiful and thoroughly practical utility creations like this on our streets”.

Spirit of Cycling  - Supported by Brooks – The Bicycle Academy 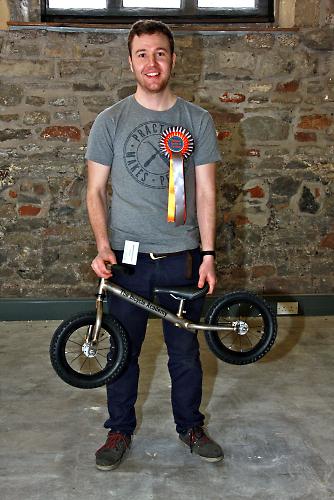 “The Bicycle Academy, like Dave Yates and his many students of what he once called 'sophisticated plumbing', is essentially keeping the spirit of frame building alive and kicking.”

For more from Bespoked check out our two whopping galleries from the show the Sneak Peek gallery features Feather, Hobo, Paulus Quieros, Rourke, Royce, Sword, Faggin and more while our Sunday gallery has Hewitt, Enigma, Saffron - inc bikes built for Mike Hall and Vecchiojo (can you guess which one?), Hewitt, Donhou, Rusby, Ted James and more.

1
Near Miss of the Day 474: "It's more fun to drive straight at a cyclist"
2
Scottish cyclist tells of how driver tried to ram him and friend off road
3
Tadej Pogacar stuck (most of) his Tour de France rides on Strava
4
Near Miss of the Day 473: Nottinghamshire Police now treating close passes as ‘victimless crime’
5
Near Miss of the Day 470: Terrifying head-on close pass (+ video)
6
Amazon launches Peloton rival Prime Bike – at fraction of the cost
7
Near Miss of the Day 471: Builder's truck driver in illegal right turn across cyclist's path (includes swearing)
8
Are a truck tyre company stopping Specialized from launching a new bike? Trademark application refused due to naming similarities