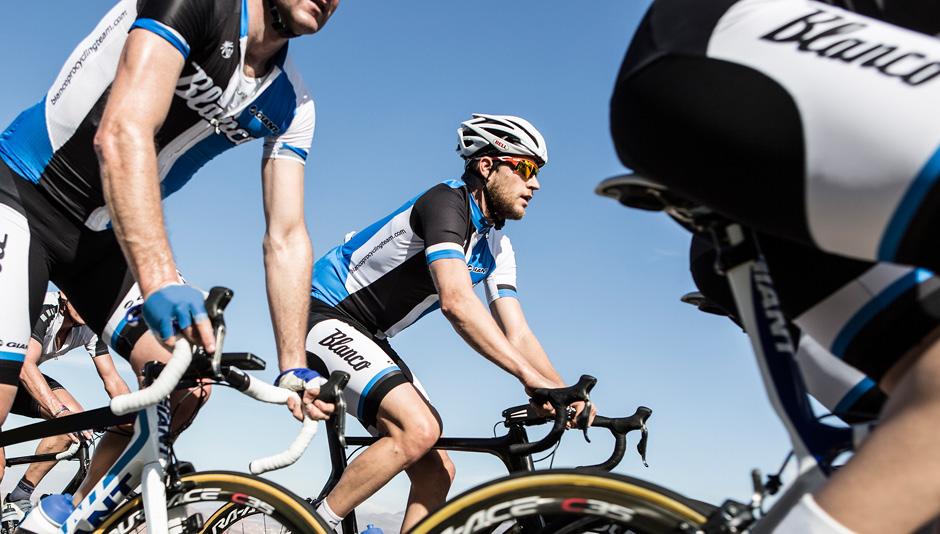 Change of name and kit for Dutch outfit
by Simon_MacMichael

The Former Rabobank team has unveiled its new identity today, and in the absence of a title sponsor will start the 2013 season as Blanco Pro Cycling, describing itself on its Facebook page as “A new team, a fresh start, a blank canvas.”

Earlier this week, the UCI announced that the outfit had secured a WorldTour licence for the next 12 months, with the Dutch financial institution that announced its withdrawal of sponsorship in October continuing to pay staff and riders’ wages for next season.

However, should Blanco prove unable to secure a replacement sponsor from the Dutch financial institution that announced its withdrawal of sponsorship in October but is continuing to pay staff and riders’ wages over the next 12 months, the team will probably disappear at the end of its first season under its new name.

Meanwhile, Richard Plugge replaces Harold Knebbel as manager, and he will be supported by Louis Delahaije, Nico Verhoeven and Merijn Zeeman.

The Rabobank name isn’t disappearing altogether from the sport, or at least not just yet. The under-23 men’s squad, which races at Continental level, keeps its name Rabobank Development through to 2016.

The women’s team too will continue to benefit from Rabobank sponsorship under the name Rabobank Liv/Giant, but is now run by a foundation chaired by team leader Marianne Vos herself.

Again, sponsorship is secure through to 2016, when the world champion is already aiming to defend her Olympic road title in Rio.

The teams will of course ride Giant bikes and the same business is also supplying the kit, with the men’s version also unveiled today, and gone is the former signature orange.

If you’re of a certain age, when seen head on the overall design with those two halves separated by a white line down the middle may remind you of a Crystal Palace shirt from the early 1970s, albeit with a darker blue and black replacing claret. Blue, black and white is a palette that steadily seems to have been taking over the peloton in recent years, so another one isn’t going to hurt, is it?

“Our new partnership with Giant shows that this is a very good relationship,” said Plugge. “We get the chance to build and foster great cycling talent and we will inspire a new generation of riders and fans.”

Tom Davies, Giant Sports Marketing Manager, added: “Team Blanco represents a fresh start for this young and talented squad, and we’re excited to play a vital role in developing the next generation of stars.

“Through cutting-edge bicycles and apparel, we’ll be providing riders the advantage they need to win at the highest level.”