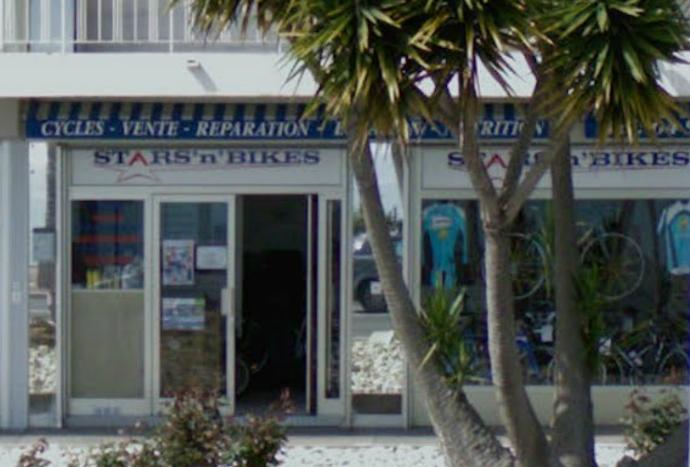 Philippe Maire, who remains on friendly terms with former Tour de France winner, says it wasn't him...
by Simon_MacMichael

Philippe Maire, the owner of a bike shop near Nice on the Côte d’Azur named as ‘Motoman,’ the motorbike rider said to have supplied EPO to Lance Armstrong and others during the 1999 Tour de France, has told France's L'Equipe that such allegations are 'conneries’ – that’s French for “bullshit.” Maire had been named as Motoman in Tyler Hamilton and Daniel Coyle's book, The Secret Race, after Coyle tracked him down.

In the book, Coyle decribed how starting from the first name that Hamilton had supplied and subsequently tracking down that photo of Maire and Armstrong, he had been able to identify him.

Several pictures that previously appeared on Maire's Facebook page are published in the Appendix to USADA’s reasoned decision, albeit with his face blanked out and the word ‘redacted’ superimposed.

It’s not too difficult to still find unredacted versions of those pictures, including one USADA published showing Armstrong and another with Team Sky sports director Sean Yates, on the internet.

According to testimony filed with USADA, the nickname ‘Motoman’ was bestowed on a handyman and gardener employed by Armstrong and former wife Kristin when the lived in Nice, who followed the 1999 Tour de France on a motorbike, couriering packages of drugs including EPO to be used by Armstrong, Hamilton and Kevin Livingston.

When L’Equipe approached Maire this week to ask whether he was the Motoman named in Hamilton and Coyle’s book as well as in USADA’s documents, he denied it flatly, describing such a notion as “madness” and “fantasy.”

“Yes, I’ve kown Lance since 1998,” he added, “and all his friends when they all lived in Nice, too. “Yes, I’m a biker,” he went on, “and yes, I went along to some stages on my motorbike to greet Lance. But for the rest, the EPO, the thermos [that the EPO was said to be stored in to keep it cool], that’s rubbish. Bullshit.”

Maire is the owner of bike shop Stars ‘N’ Bikes in Cagnes-sur-Mer, located just to the west of Nice on the way to Antibes, and the town that will host the departure of Stage 5 of next year’s 100th edition of the Tour de France, following the team time trial in Nice the previous day.

By coincidence, the shop, which appears prominently in some of the redacted pictures published by USADA, stocks three brands closely associated with Armstrong – Trek bicycles, Nike clothing, and Oakley sunglasses.

According to local newspaper Nice Matin, the former cyclist and Maire remain on friendly terms, catching up for a morning coffee earlier this year when Armstrong was training for June’s Nice Ironman, a race he would not take part in due to being provisionally suspended once USADA had charged him.