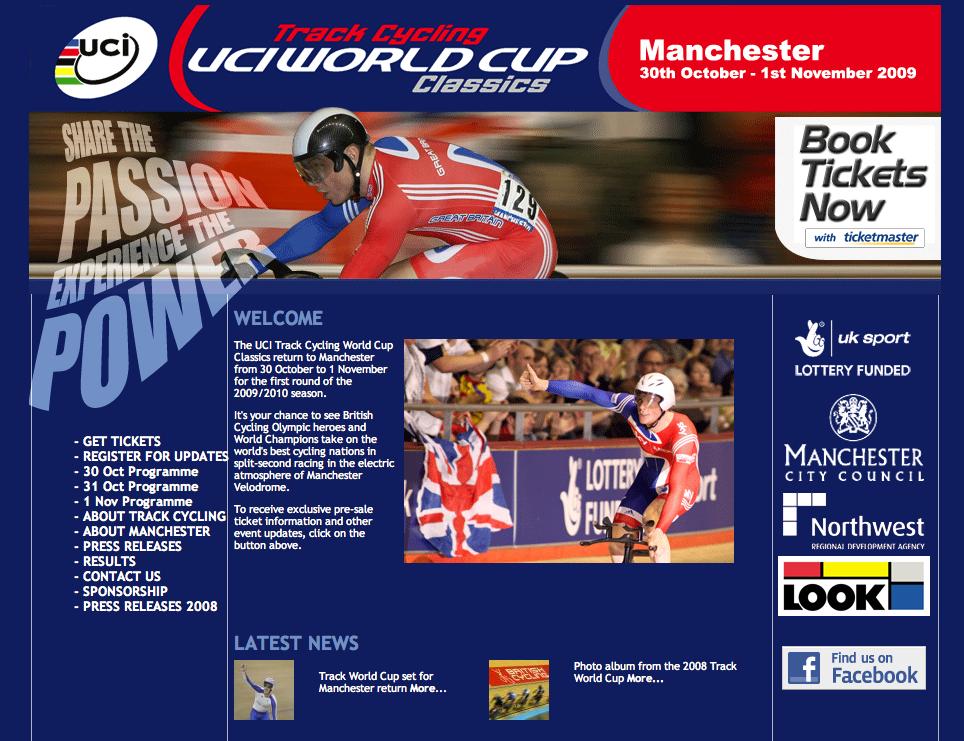 Tickets on sale for Manchester round of Track World Cup

Tickets for the UCI Track Cycling World Cup Classics - Manchester went  on general sale through Ticketmaster at 9am today.

Taking place between 30 October and 1 November 2009, British Cycling expects the event to be jam-packed with exhilarating performances from some of the worlds fastest track cyclists.

Spectators are encouraged to book early as tickets are sold on a first come first served basis and the same price applies irrespective of seat location within the Velodrome.

Up to date information about the UCI Track Cycling World Cup  Manchester, including event schedule and rider lists once confirmed, can be found at www.trackworldcup.co.uk.

1
Near Miss of the Day 378: What is it about overtakes on straight roads into oncoming traffic?
2
Former Swiss pro leaves the team he founded after admitting involvement in Aderlass doping ring
3
Business is booming! Garmin, Shimano and MIPS reveal profits boost in 2019
4
How coronavirus is taking its toll on the bike industry and what it means for you
5
Bike stolen from funeral after late cyclist's friends rode alongside hearse during procession
6
Near Miss of the Day 377: Yet another close, quick overtake despite oncoming traffic
7
Police warn cyclists not to use Taff Trail after dark following spate of robberies
8
Met police officer tells London cyclist to get off bike to ride on shared use path