No sooner had we posted our Top 10 Bikes of 2011 yesterday with Canyon's flagship Ultimate CF SLX at number one than the Russian team Katusha announced that Canyon has signed as bike sponsor for 2012.

This means that rather than just being the ex-supplier of Omega Pharma Lotto and and the phenomenal Philippe Gilbert in 2011, the German bike company will now be making bikes for the Katusha WorldTour team as well as a second-string Pro Continental squad and both under-23 and under-21 feeder teams beneath the Russian Global Cycling Project umbrella.

Out goes another German bike company Focus who we had assumed up until yesterday were the continuing done-deal but they're going to be supporting Acqua & Sapone the Italian Pro Continental team, according to rumour, so not lost to professional sponsorship.

This is what our Mat Brett said about the Canyon in crowning it number one from the 2011 Top 10:

"Now we know that £2,600 is a lot to spend on a bike but, believe us, the Ultimate CF SLX 8.0 is still fantastic value for money. You get the same carbon-fibre frame as the 2011 Omega Pharma-Lotto team and it’s incredibly rigid and efficient; even big, powerful riders won’t be able to push this one out of shape. Various builds are available but this one gets Shimano’s top-level Dura-Ace groupset which is professional-level stuff. Our test bike weighed in at 6.96kg (15.3lb) and was amazingly responsive. More surprisingly, it also managed to provide a decent level of comfort thanks to some smart engineering, particularly in the seat post and the fork. An absolute gem for the money."

Perhaps more telling though is that the bike being carried over for Team Katusha duties is more or less that same Dura-Ace equipped bike we liked for £2,600 and which in turned propelled Mr Gilbert and others to a whole lot of top class victories in 2011. Winning top level races and good value; it really does look like a perfect package. 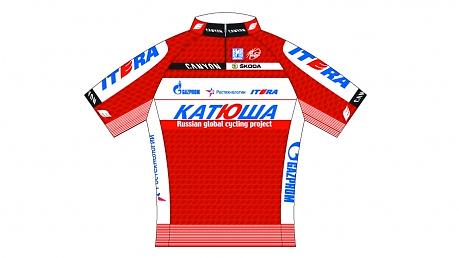