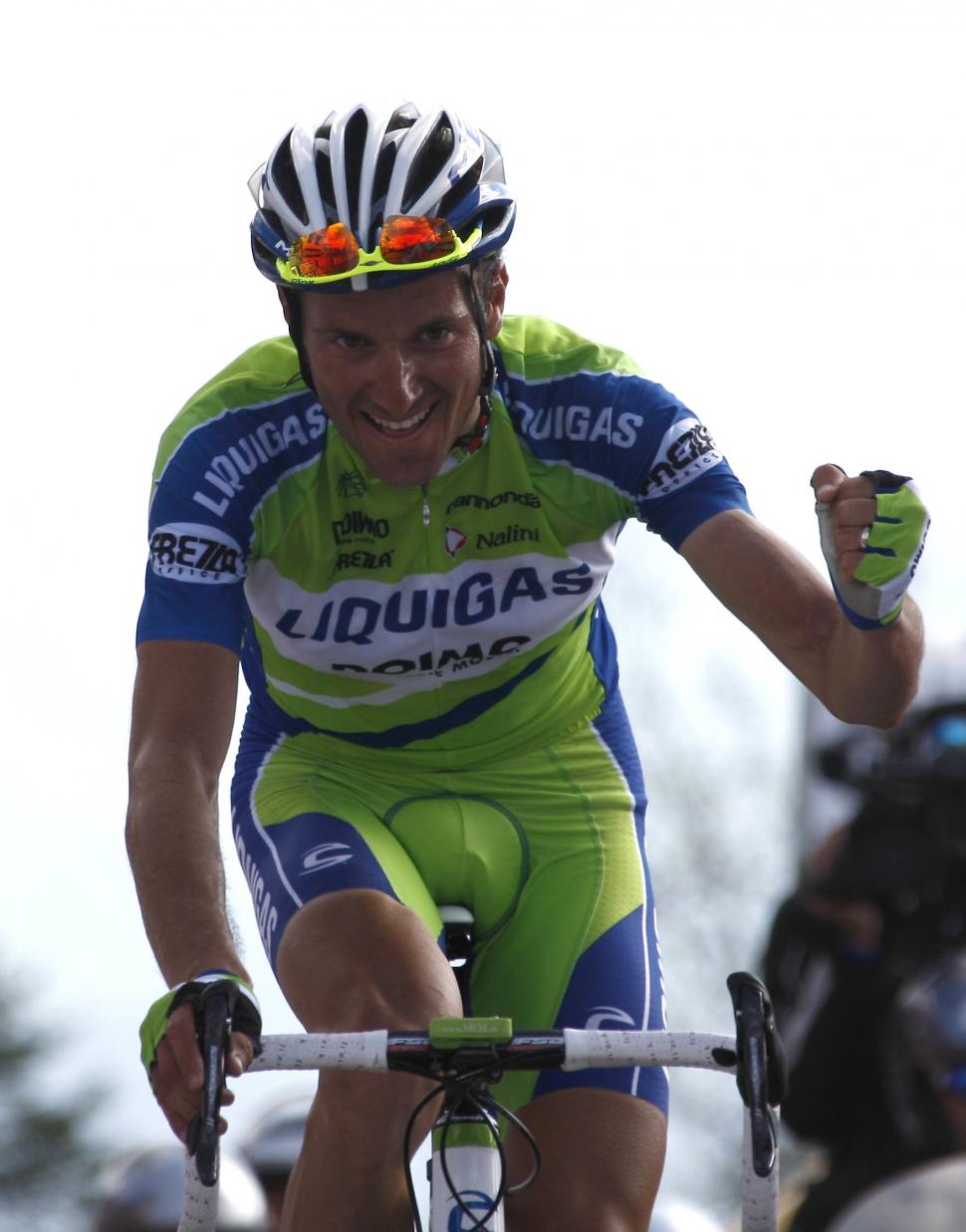 Remember your first bike? Ivan Basso does, and he wants his back

Giro d'Italia champ offers maglia rosa to whoever reunites him with first ride...
by Simon_MacMichael

Giro d’Italia champion Ivan Basso may get to ride some top-of-the-range Cannondale frames as part of his day job, but in an echo of the fictional newspaper magnate Citizen Kane’s deathbed wish for his childhood sledge, the bike the Italian cyclist wants more than any other is the one he made his first faltering pedal strokes on when he was just four years of age.

Now, the Liquigas-Doimo rider, who has targeted victory in next July’s Tour de France as his main goal for 2011, has launched a public appeal to get that very first bicycle back and complete the collection of all the bikes he has ridden, currently taking up much of the space in his garage.

La Provincia di Varese, the local newspaper for the town on the shores of Lake Maggiore where Basso was born and still lives today, and which hosted the 2008 UCI World Championships where his compatriot Alessandro Ballan won the rainbow jersey, reports that Basso is offering a maglia rosa from this year’s Giro d’Italia for anyone helping reunite him with the bike to complete his collection.

“I’m missing my very first bike,” explains Basso. “The one which my Dad brought home one evening when I was four years old, making me the happiest kid in the world; the one that I used for my first training rides which at the time was just playing, which I used for my first races with the team from the Oratorio di Cassano Magnago.

“I’ve managed to recover all the other bikes, but I haven’t managed to find this one,” he continues. “I remember it as if it were in front of me right now; small, blue, made by Asperge.”

“It’s all I think about,” he adds, saying “it has an enormous sentimental value for me, because that little bicycle is linked to my first memories as a racer.”

The 32-year-old confesses that he has no idea where the bicycle may have ended up. “I don’t know,” he admits. “The only thing that I’ve managed to ascertain is that a few years ago my mother gave it to someone who had asked her for it to give as a present to their son. So it must have been someone close to my family – a relative, a friend, a close acquaintance.”

He continues: “It’s true that years have gone by, and I’m perfectly aware that there exists the possibility that the bicycle may have already been thrown onto some rubbish tip and is now untraceable. But I have the feeling that it’s still out there somewhere; maybe abandoned in an attic or a cellar, covered in dust and unusable. I’d like to try and find it.”

La Provincia di Varese is helping Basso in his appeal, with the cyclist saying, “if whoever is in possession of the bike is reading these words, please make yourself known. In exchange, I’m offering a maglia rosa from the last Giro d’Italia, together with a very special dedication. The condition the bicycle is in doesn’t matter to me, I’ll take care of that and make it good as new. Whoever has my old Asperge, or can help me find out what happened to it, please contact me.”

We’re not sure how extensive road.cc’s user base is in the Italian lakes, but stranger things have happened, so we’re happy to repeat Basso’s appeal and ask anyone with information to call La Provincia di Varese on 0039 347 8222360, or email them at sportvarese [at] laprovincia.it.

In the meantime, this seems like a good opportunity to ask what happened to your first bike? Do you still have it, did it end up on a skip, or did it suffer some mysterious fate?