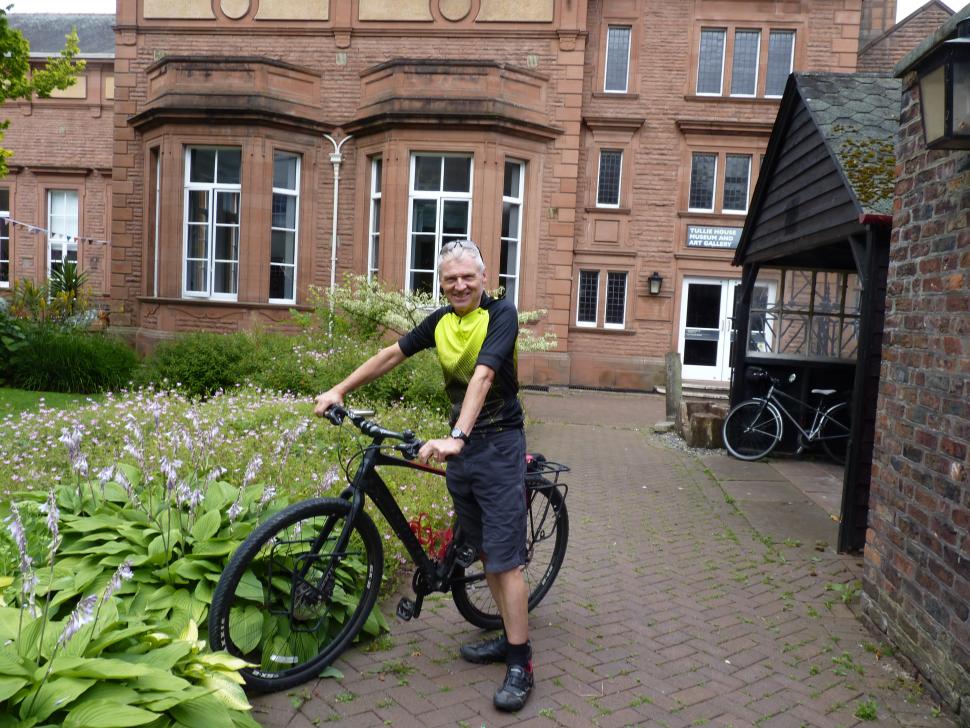 Richard Ingham was elected to new position in July
by Simon_MacMichael

The UK’s first Bicycle Mayor has been outlining his plans to get more people in the county cycling following his election to the position in July by members of the Bicycle Mayor of Cumbria Support Group.

The position is independent of public and private sector bodies and forms part of the global Bicycle Mayor network co-ordinated by Amsterdam-based community interest company BYCS, which aims for 50 per cent of all journeys to be made by bicycle by 2030.

Richard Ingham, who runs a transport planning consultancy specialising in cycling says that “joined up” infrastructure and support from employers are the two key steps towards encouraging people to use bikes for journeys of up to five miles, reports the News & Star.

“We need the cycling infrastructure joined up,” he said. “By that I mean you could get on your bike at Kingmoor Park and you could cycle all the way to Kingstown Road, into the centre of Carlisle and then out the other side to where you live.

“We only have bits at the moment, it is not joined up. We need a dedicated cycle lane on every throughway in and out of the city.”

Moving onto his second point, he continued: “We need employers to encourage people to travel to work by bike and on foot.

“Employers can benefit so much by doing this, first by not needing as many car parking spaces and the fact the workforce will be much more motivated and sickness and absence rates will drop because they will be healthier.”

Since taking up the voluntary, unpaid position which runs for two years, Ingham has held meetings with local politicians including Stewart Young, the leader if Cumbria County Council and with management at the Sellafield nuclear power plant, one of the county’s biggest employers.

There are currently Bicycle Mayors in some 50 towns, cities and regions worldwide, with their work explained in the following video from BYCS.