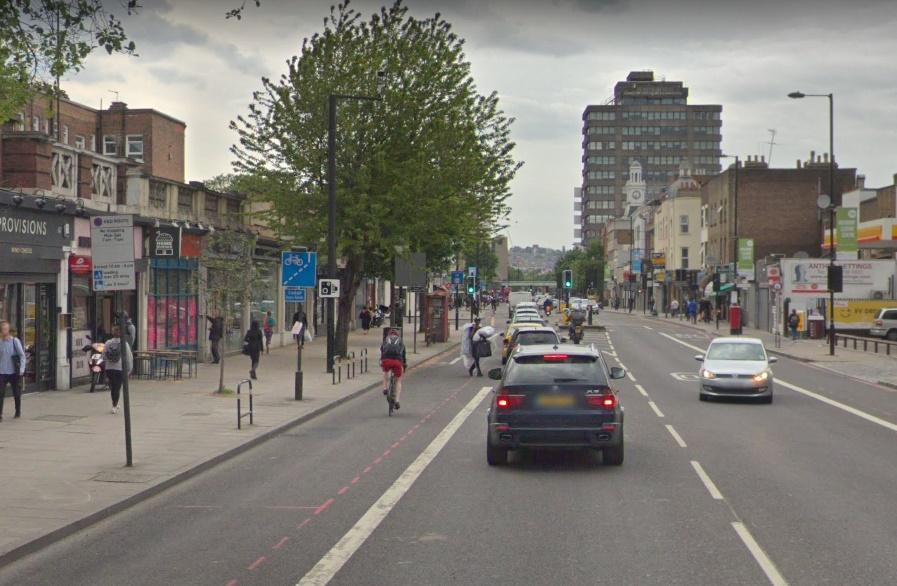 A Transport for London (TfL) plan to improve pedestrian safety on Holloway Road will see the removal of bus and cycle lanes. Local campaign group Cycle Islington says TfL, “should be protecting all vulnerable road users, not pitting modes against each other.”

A consultation is currently underway on a scheme that would see more pedestrian crossings added to Holloway Road. The plan would however also see the removal of the cycle lane south of Palmer Place.

Speaking to the Islington Tribune, Cycle Islington’s Nick Kocharhook said: “We believe all streets in Islington should be safe for walking and cycling and welcome the new pedestrian crossings.

“However, we can’t ignore that the scheme makes Holloway Road worse for cycling by removing bus lanes and the existing cycle lane. TfL should be protecting all vulnerable road users, not pitting modes [of transport] against each other.”

Penny Rees, Head of Network Sponsorship at TfL, said: “We welcome feedback from everybody on our plans.

“TfL believes that the scheme provides much-improved pedestrian crossings, including at the Drayton Park junction which has historically lacked them, and addresses identified safety concerns in line with Mayoral priorities.”

However, David Harrison, of Islington Living Streets, said the measures would result in only minimal improvements.

“It will remain a busy, unpleasant series of junctions because the scheme seeks to maintain motor traffic levels,” he said. “In fact, the scheme might even encourage rat-running by making the right turn from Holloway into St George’s Road easier. Amazingly, bus lanes will also be lost.”

Islington environment chief councillor, Claudia Webbe, said the crossings were ‘a step in the right direction’.

“I have written directly to the Mayor of London several times making clear we want to see major improvements along Holloway Road to protect pedestrians and cyclists. We will continue to campaign on this issue. We have argued strongly for these changes, particularly given recent road injuries and fatalities.

“In the meantime, whilst we await the necessary long-term solution, the significant junction improvements and changes being proposed are a step in the right direction – providing greater safety overall for all vulnerable road users.”

The London Borough of Islington is currently consulting on a new Cycleway nearby. The new Cycleway would connect Finsbury Park and Highbury Fields, crossing Holloway Road at the existing cycle crossing at Fieldway Crescent.