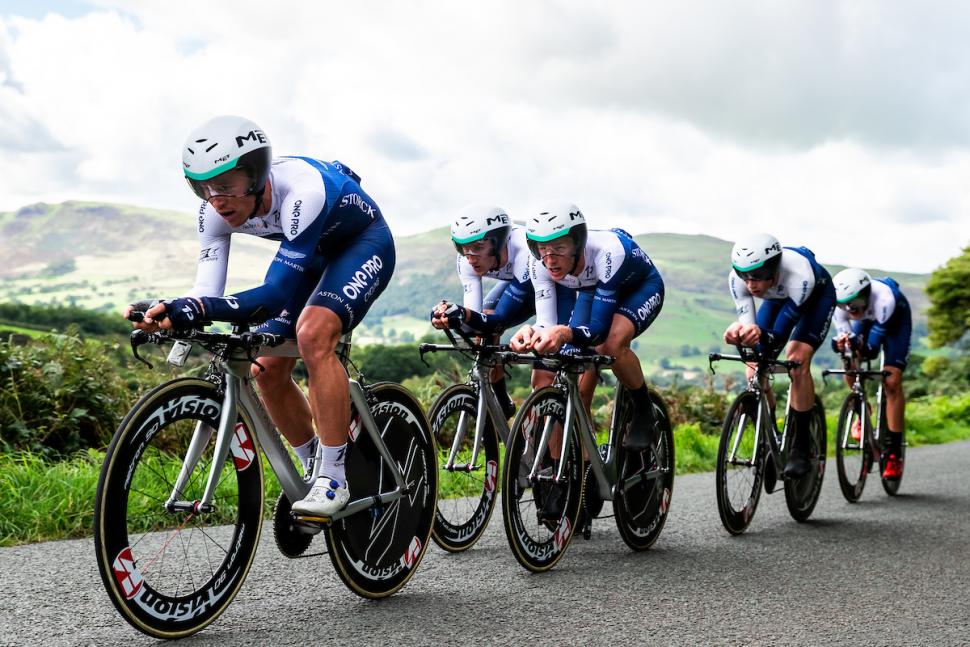 Matt Prior: Cycling must change to become "stable and healthy" sport

Former England batsman and wicket-keeper and One Pro Cycling founder Matt Prior says that cycling needs to change if it is to become a “stable and healthy” sport.

The UCI Continental team was disbanded at the end of last season with Prior saying that it was impossible for men’s teams to operate below UCI WorldTour level.

Founded in 2015, it spent the 2016 season at UCI Professional Continental level before dropping back down to the third tier of the sport due to budgetary constraints.

Speaking to Yahoo Sport, the 37-year-old, who retired from professional cricket in 2015 due to an Achilles injury spoke of the perspective that his change from athlete to management between two totally different sports had given him.

“One thing I hadn’t realised until I had my injury and finished playing was that as a professional sportsman you spend so much time out of your comfort zone, you actually feel more uncomfortable in a comfort zone,” he said.

“I lived in the bubble of cricket, quite literally, since I was eight! I wanted to go and see the big, wide world.

“I wanted to get involved in the business side of sport as well and I’ve learned a huge amount.”

Speaking of One Pro Cycling, he said: “We put a lot of work into the team. I think we had the right idea about the direction we wanted to go and what we were trying to do within cycling and professional cycling.”

“But the reality is there were a couple of things out of our control that really made life difficult. Particularly finding sponsorship and raising enough money to run a team on a budget that we wanted.”

Contrasting cricket with cycling, he said: “The sports are so different. It has taken a lot of learning. I have a huge amount of respect for the cycling world. I love the sport, that’s why I got into it.

“But there are significant challenges, and coming from another sport, I think they are more obvious because I haven’t been in cycling for 20 years.

“I look at things and think ‘just because it’s been done like this for so long doesn’t mean it is right now’.

“The reality is that changes probably need to happen if it’s ever going to be a stable and healthy sport or profession.”

Prior said he believed pro cycling suffers because there is not the same connection between fans and teams that happens in other sports such as football.

“If you look around, cycling is a huge growth area,” he explained. “The bridge between amateur and professional cycling is not there. It’s completely broken.

“You drive past a park and see guys kicking a football around. 99-100 per cent of them will follow a professional football team, whereas in cycling you see hundreds of thousands of people riding bikes but how many of them do you think actually follow professional cycling? Maybe 5 perc ent, if that.

“So trying to build that bridge between your amateur cyclist who loves the sport and professional cycling is the next step. We try to do that on a very small level,” he added.

Prior, who when the men’s team was terminated said he was thinking of setting up a women’s team, was speaking at the London Bike Show where he was promoting the One Pro Nutrition brand he has launched.

Matt Prior
ONE Pro Cycling