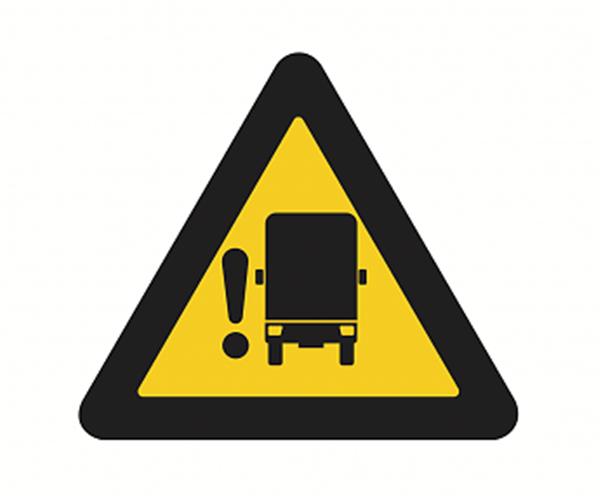 “I couldn’t see the cyclists until they were in front of me. They should have waited”
by Alex Bowden

A Stroud HGV driver has shared dashcam footage of filtering cyclists near Temple Meads train station in Bristol and called for lorry firms to invite cyclists on ‘ride-alongs’ to appreciate the challenges presented by the vehicles’ blind spots.

The anonymous driver sent the footage to the Bristol Post in response to a video submitted by a cyclist who experienced three near misses in as many days.

While he agreed that the cyclist had suffered as a result of others’ poor driving, he said his video shows “the other side of the issue”. It shows cyclists filtering past his articulated lorry as he is about to pull away.

“It was a very, very near miss,” he said. “Because I’m much higher up, my blind spots are massive compared to car drivers.

“I couldn’t see the cyclists until they were in front of me. They should have waited or gone down the pavement.

“There is no audio on the footage but as you can imagine I did swear quite loudly, because I was just about to pull off."

The man, who has been a professional driver for the last years, went on to say that he spends more time looking for cyclists “in silly places” than paying attention to oncoming traffic.

“The guys who wear racing gear are often the worst offenders. People on motorbikes do it as well. When you have 44 tonnes behind you, just trying to make sure you are safe is stressful enough.

“I don’t deny there are idiots in lorries. I know a few and I have worked with a few. But some cyclists are putting themselves and others in danger.”

A number of firms ask their HGV drivers to ride a bike on the roads for a period as part of their training, but the Stroud driver said he would also like to see firms invite cyclists on ‘ride-alongs’ so that they might better appreciate the challenges of driving large vehicles.