Back to news
news
Health
Riding 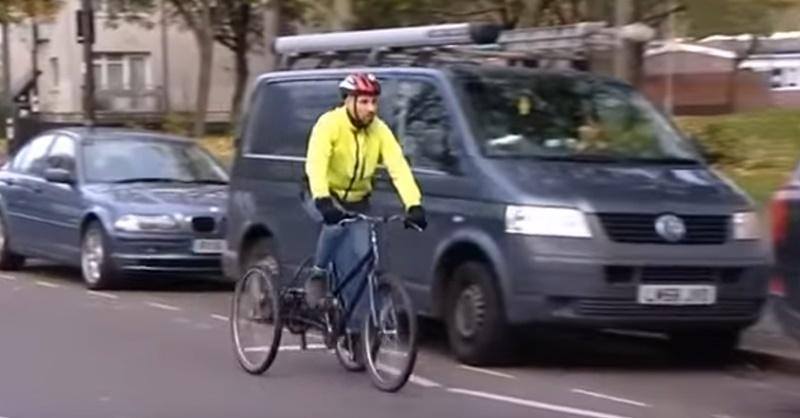 Almost half of disabled cyclists are afraid of being seen riding their bikes due to the fear that being seen to be “too active” could cost them their benefits, according to the Wheels for Wellbeing charity.

Wheels for Wellbeing supports disabled people of all ages and abilities to enjoy the benefits of cycling. The Huffington Post reports that the charity surveyed 202 disabled cyclists and found that 72 per cent use their bikes as mobility aids, while three quarters find cycling easier than walking.

Despite this, almost half of respondents feared that being seen riding their bikes could result in losing their benefits. 17 per cent of those people  nowride less as a consequence, while six per cent have had their benefits reduced or withdrawn because they cycled.

While many respondents own non-standard cycles, such as recumbent tricycles, or bikes with electrical assist, 43 per cent own a standard two-wheeled bike, which makes it hard for others to tell they are disabled.

John, in his late 50s, was born with cerebral palsy, and struggles to walk. He has cycled since the age of six, but when a neighbour started photographing him on his bike four years ago, he stopped, fearing he would be reported and that his benefits would be taken away.

He said: “I can’t walk properly. Walking is dangerous for me, because I have falls, but if I get on a bike or get in a swimming pool then you can’t tell I have got cerebral palsy.

“I used to cycle to work every day. I haven’t cycled for four years, and it has ruined my life; it’s awful. Cycling to me is just as important as the day I fell in love.

“I thought I would be cycling until I was 90. I was going to put a badge on the bike saying ‘I’m a disabled cyclist, if you knock me over and kill me don’t blame yourself, this is the way I would have wanted to go, out on my bike’.”

Isabelle Clement, director of Wheels for Wellbeing, said: “If it’s stopping people cycling it is also probably stopping them trying to do any physical activity, because people are so concerned about the hostile environment out there.

“It condemns them to worse health, shorter lives and social isolation, which can lead to depression. I am sure this isn’t the policy intention but it is a result of the current environment.

“I think the government needs to really tackle that through statements, through clarifications; really get the message out once it’s aware of it, which by now it must be. Otherwise, even with the best and most inclusive cycling infrastructure, those who could benefit most won’t be able to access it.”

1
Near Miss of the Day 378: What is it about overtakes on straight roads into oncoming traffic?
2
Dangerous driver who killed cyclist fails to have 10-year driving ban overturned
3
3 winners chosen! 3 sets of Altura autumn/spring cycling kit have been won.
4
Drunk driver who crashed into traffic island blamed cyclist
5
Win! Fulcrum Wind 40 DB wheels worth £1,100 up for grabs!
6
Near Miss of the Day 375: Close pass, traffic island and left-hook - all by one driver in the space of seconds
7
Zwift partners with Haute Route for three-day Watopia challenge
8
BMC’s NTT Pro Cycling team bikes for 2020