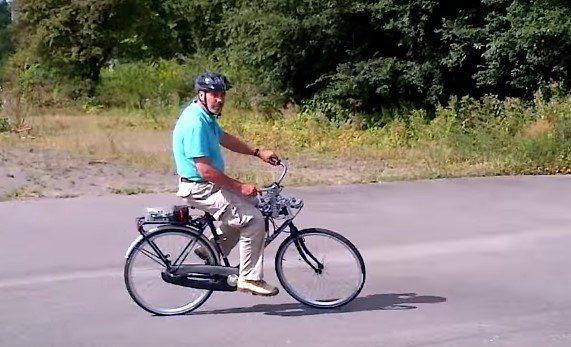 Gazelle, the largest bicycle manufacturer in the Netherlands, has been working on a self-stabilising bike in partnership with the Delft University of Technology (TU Delft). A small electric motor within the handlebars adjusts the steering whenever a cyclist is likely to fall.

Bike Europe reports that the device has been developed with the growing trend for e-bikes – particularly among the elderly – in mind. The work is part of the university’s ‘measurement-bike’ project for which it has received the National ‘Sportinnovator’ Award.

Earlier in the project, researchers worked with Team Giant-Alpecin riders who descended on a road bike equipped with sensors so that their movements and the bike’s position could be analysed with a view to optimising their descending abilities.

“We have already seen very interesting results by analysing the riders’ handling and cornering on the descents. We measured differences of three to four seconds between the fastest and the slowest riders on a descent of 1km.

“This adds up to a minute lost on a long descent of 20km, which is very common during mountain stages. It is especially interesting to see what makes the difference between fast and slow descenders. This information is valuable data that we can use in coaching our riders to improve their descending skills.”

The study involved development of a set of sensors to measure roll angle, steer angle and rear and front brake force, as well as the location, speed and acceleration of the bike.

These sensors have now contributed to development of a ‘smart’ bike prototype that corrects its positioning whenever the cyclist is about to fall.