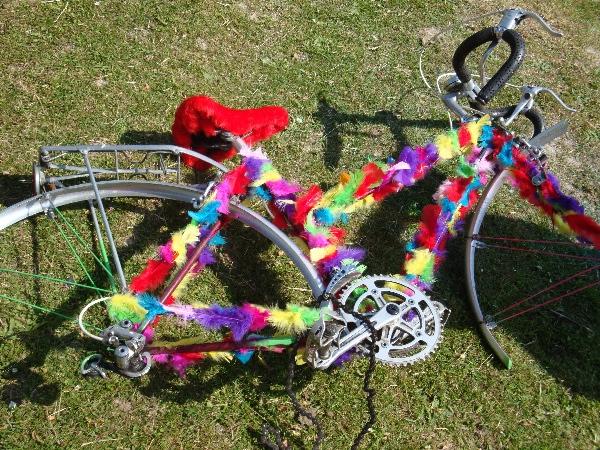 Cyclodelic and Cycle Cambridge team up for I Bike Cambridge

The event forms part of The Big Weekend being held in the city’s Parkers Piece on Saturday 10th and Sunday 11th July and will highlight the work of both professional designers and local students.

The initiative reflects the fashion world’s recent use of cycling to influence designs, with cycling shorts featuring in collections from the likes of Karl Lagerfeld and Louis Vuitton, while supermodel and actress Lily Cole, a student at Cambridge University, has been pictured in the newspapers riding around the city on her Pashley Princess.

However, Cycle Cambridge says that many women are still deterred from cycling because they are worried about their appearance, and the group has now joined forces with designer Amy Fleuriot from Cyclodelic and students from CSVPA, Impington and Netherhall Colleges, as well as designer brands such as Dashing Tweeds, Lost Values and Bobbin Bicycles to show that cycling and fashion aren’t necessarily exclusive concepts.

The result, I Bike Cambridge, will provide tips on cycle fashion with catwalk shows, stalls selling exclusive gear, an exhibition of work produced by the students involved and advice on cycle routes and bike maintenance. Full details are available on the event website.

The event itself will be pedal-powered, with electricity for the sound system, provided by Magnificent Revolutions, generated by members of the audience on bikes customised by local students, with goodie bags available to the best dressed teams of riders helping provide the power, as well as those who demonstrate exceptional feats of endurance.