Fully loaded steel tourer for under a grand
by dave atkinson

Off somewhere nice? Why not get there in style, fully loaded on a proper touring bike. The Kona Sutra is just such a beast, with a few interesting touches and design and spec changes from last year's model that make it a lot more practical straight out of the box.

So what's changed? Crucially, the positioning of the rear disc mount has changed. Kona have moved the calliper to the chainstay in the same way as Salsa on the Vaya and Fargo, and that means that it doesn't interfere with the rack and guard mounts any more. It's a simple change but one that makes a lot of sense. The frame is still Cromoly steel, butted in the main three tubes, and the stays have been redesigned. You've always been able to fit mudguards to a Sutra but now you don't have to, because Kona have bolted them on for you down at the factory. Finally. Anyway, that means you've got a fully fledged, full steel tourer (the fork is a Kona P2) that comes with full racks and guards front and rear, ready for whatever you want to throw at it. Conventional wisdom was that a steel frame and bar-end shifters are what you need for a trip to the wild places, though that's been somewhat muddied by some of the latest round-the-world merchants. Anyhow that's what you're getting here, along with some very sturdy looking wheels and tyres. The heavily sloping top tube gives masses of sandover clearance, and suffice to say that you won't need to add much to make the Sutra properly expedition capable. All that expedition kit, added to the fact that the frame is built for dependability, means that this machine is no lightweight at 14.6kg, but that won't bother you much if you've got 30 kilos of camping kit to move, now will it? 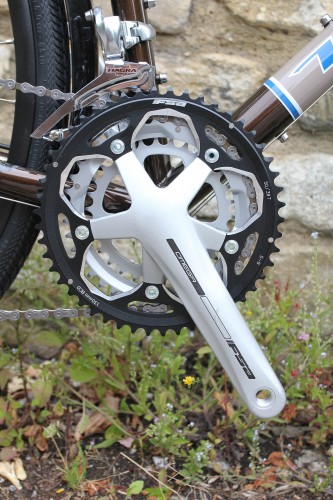 The Sutra sneaks under the £1k Cyclescheme limit by less than a bag of chips, and there are a couple of sacrifices along the way but nothing major; everything on the bike is dependable even it's not top of the range, and you still get an XT rear mech. Stopping is taken care of by Shimano's M525 mechanical discs operated by Tektro levers. Most of the finishing gear is Kona own brand, the bars are a shallow and long sweep that should be just right for touring and the rest of the components look plenty solid and fit for purpose. 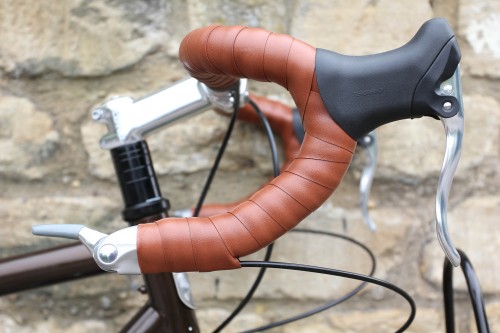 We'll be getting the miles in on the Sutra – loaded and unloaded – over the next few weeks and we'll report back here.