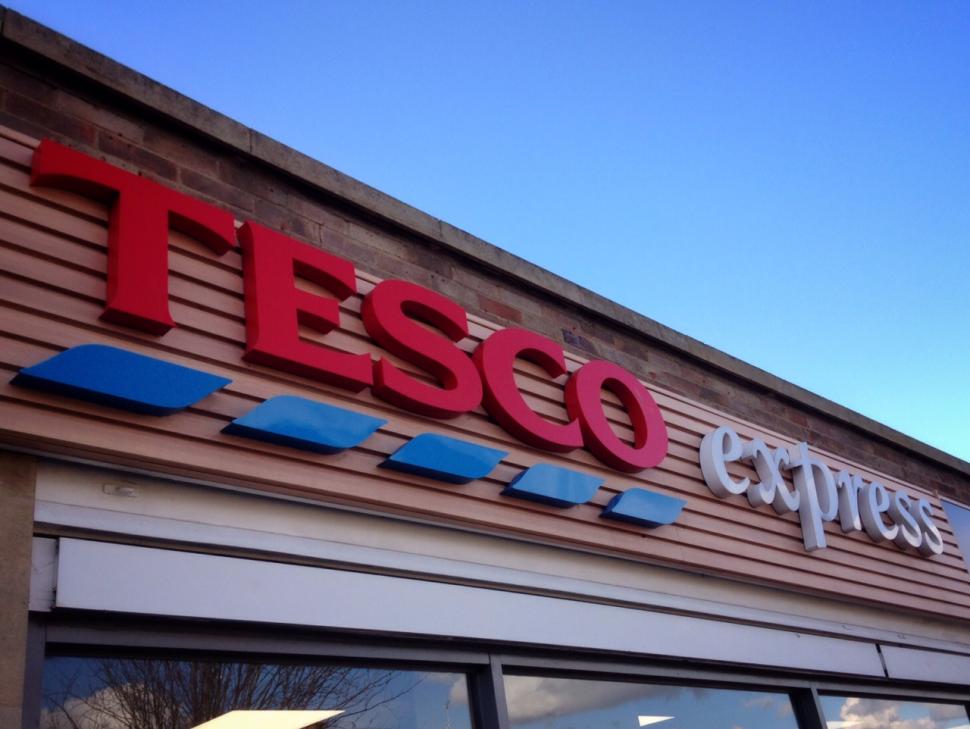 Supermarket giant had initially said "health & safety" meant he couldn't take bike with him...
by Simon_MacMichael

Supermarket giant Tesco has said that Brompton folding bikes are welcome in its stores - just a day after telling a cyclist who had questioned on Twitter why he had been asked to leave a Tesco Express convenience stores since he was carrying one that it was due to “health & safety.”

The u-turn follows a Twitter exchange yesterday between cyclist Ben Bawden, who has the user name @HushLegs on the social network, and the grocery retailer’s official account, which attracted comments from others, some pointing out that other wheeled forms of transport, such as push chairs, were allowed.

The incident happened yesterday at a Tesco Express store by Epsom station in Surrey.

The store provides shoppers with baskets rather than trolleys, and Ben told road.cc: “When I only want to get a few bits I like to whizz to the shops on the Brompton as it's so convenient – I can wheel it round if it's quiet or fold it up apart from the handlebars and use it as a shopping trolley.

“I've done this several times over the last 18 months at the Tesco, and never had a problem.”

Or rather, he didn’t until, “A few weeks ago, the security guard at the Tesco told me they weren't allowed, but didn't seem too sure so let me finish my shop.”

Which leads on to the incident that sparked the exchange on Twitter.

“Yesterday, the same guard was adamant that I wasn't allowed to bring it in, even if it was folded,” said Ben.

“I argued about it, and he just said it was ‘Tesco policy’. While we were discussing it, someone came in with a double buggy, and someone else came in with a wheeled suitcase, both of which are bigger than the Brompton.

“He wouldn't budge, and said I would have to leave the store if I didn't comply. He did suggest I locked it outside, but there are no bike racks by the Tesco, and in any case I hadn't brought my lock.

“In the end he let me leave it leant up by the door, which he said he was being 'lenient' letting me do. He refused to stay near it to keep an eye on it, so I was worried someone would grab it when my back was turned, but it was OK.

"When I got home, I tweeted about it to Tesco. Their only explanation was that a bicycle was ‘a mode of transport’ which apparently magically makes it a higher risk than other wheeled objects of similar size!

"I don't blame the security guard much – he's just applying the policy as he's been told it, but it is stupid,” he added.

Yesterday, he tweeted: "Asked to leave @Tesco because of my Brompton. Why? "policy" At same time, someone wheeled suitcase through, taking more room. That's ok tho."

In a reply from Tesco's official account that has subsequently been deleted, a customer service representative told him: "I'm sorry about this. Due to health & safety bikes are not allowed in store, regardless if they are foldable. Thanks - Luciano."

Subsequent tweets from Tesco, also deleted, said: "There is not the same risk with a luggage case. I hope this helps" and "As we explained as it is a method of transport, it causes a risk. Our stores provide bike stands outside."

. @Tesco why does it being a method of transport magically make it more of a risk than another wheeled object of similar or greater size?

But this afternoon, shortly after road.cc had contacted Tesco to seek clarification of their policy towards folding bikes, they tweeted:

@HushLegs We're very sorry for the error in our last tweet. There is no policy on Brompton bikes & welcome customers who use them.

It's unclear whether that extends to other types of folding bikes, and we are awaiting a reply to our enquiry on the issue.

Some who chipped in on yesterday's conversation pointed out that they had been allowed to take a Brompton – as well as non-folding bikes – into stores – with one saying that mobility scooters were permitted, too.

@lstwhl @stuarthelmer @HushLegs I've forgotten my lock a few times and security guard at @Tesco has always let me bring in my MTB.

@HushLegs A heavily loaded shopping trolley (a method of transporting shopping) or pram poses less risk to others? #Cyclophobic @Tesco

@HushLegs a trolley is a mode of transport, so are scooters. Kids or otherwise. Will these be banned in stores too? @Tesco

One cyclist mentioned that he had encountered no such problems when visiting rival supermarket chains.

Another said he had experienced no issue taking his bike into Tesco, but had at Sainsbury’s, suggesting that any “policy” is perhaps down to the whim of local staff.

@HushLegs That said - never any problem with local @Tesco carrying mine round store but dumped local @sainsburys when new, abraisive manager

Finally, some could not resist highlighting examples of poor driving by Tesco drivers such as illegally using a hand-held device at the wheel, or parking in a cycle lane.

.@HushLegs a Brompton in @Tesco is not allowed, but using a PDA whilst driving is not a problem https://t.co/uZC2oqjHJh