The route for the 2016 edition of the Tour of Britain has been launched in Bristol this evening, with the city in the southwest of England promising to provide a spectacular backdrop on the penultimate day  when it hosts an individual time trial followed by a circuit race.

Starting in Glasgow on Sunday 4 September, the race finishes in London a week later on the same circuit in the heart of the West End that made its debut in last year's edition, when Edvald Boasson Hagen won the overall for the second time in his career.

On its way from Scotland's largest city to the UK capital, the race will pass through Dumfries and Galloway, the northwest of England, mid and south Wales and England's southwest, where it returns after a one-year absence.

Race Director Mick Bennett said: "We are confident that this year's route for the Tour of Britain will provide the opportunity for eight exciting days of racing and a multitude of opportunities for riders and teams to be aggressive and make the race.

"We believe that with the combination of longer stages of over 200-kilometres, the tough circuit and time trial in Bristol and the summit finish at Haytor we have not just a great preparation for the World Championships but also a fantastic race that will showcase the British countryside and stands alone in its own right as a race riders will want to win.”

British Cycling director of cycle sport and membership, Jonny Clay, commented: "We are proud to announce the 2016 route for Britain's national tour. Every year the Tour of Britain offers a chance for the public to see some of the world's best road riders racing through their local area.

"Last year's race had a bit of everything; fast flat sections, rolling roads and a great hill top finish which led to exciting racing for the competitors and fans alike. .This year's route has all the same ingredients, so promises to be a great event.”

Once again there will be live TV coverage courtesy of Channel 4, while returning jersey sponsors are Chain Reaction Cycles (points), Yodel (sprints) and Skoda (king of the mountains).

Hugh Roberts, chairman of SweetSpot who have organised the race since it was revived in 2004, since when it has gone from strength to strength, said: "This year's Tour of Britain features a fantastic combination of major cities like Glasgow, Bristol and London, smaller communities across Scotland, England and Wales and the stunning scenery and testing climbs of the Lake District and Dartmoor.

"With hundreds of thousands of fans at the roadside and millions more watching via live television in the UK and around the world, the 2016 Tour of Britain is a fantastic showcase for the brands involved in the event. 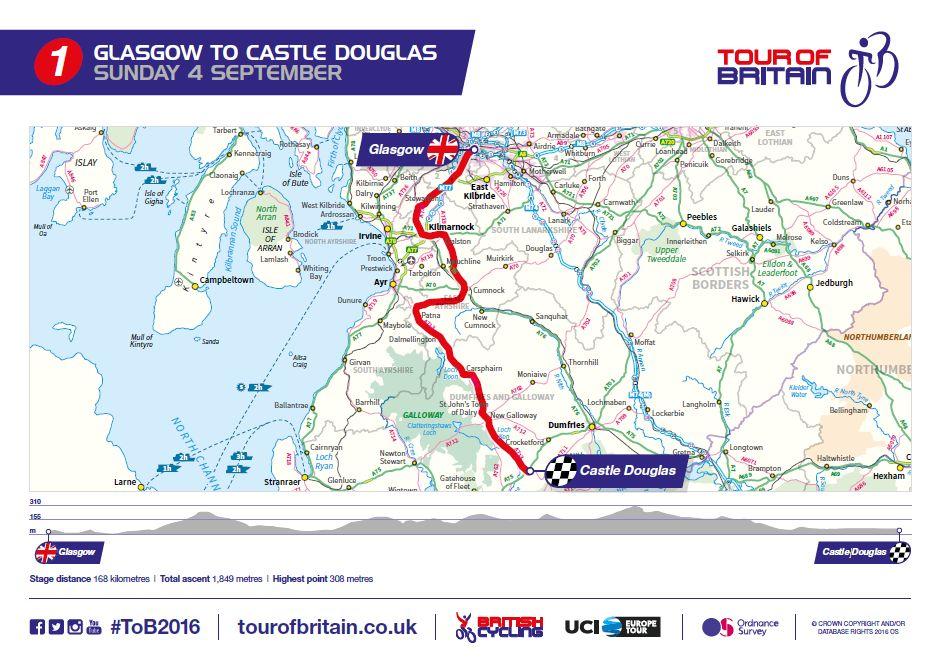 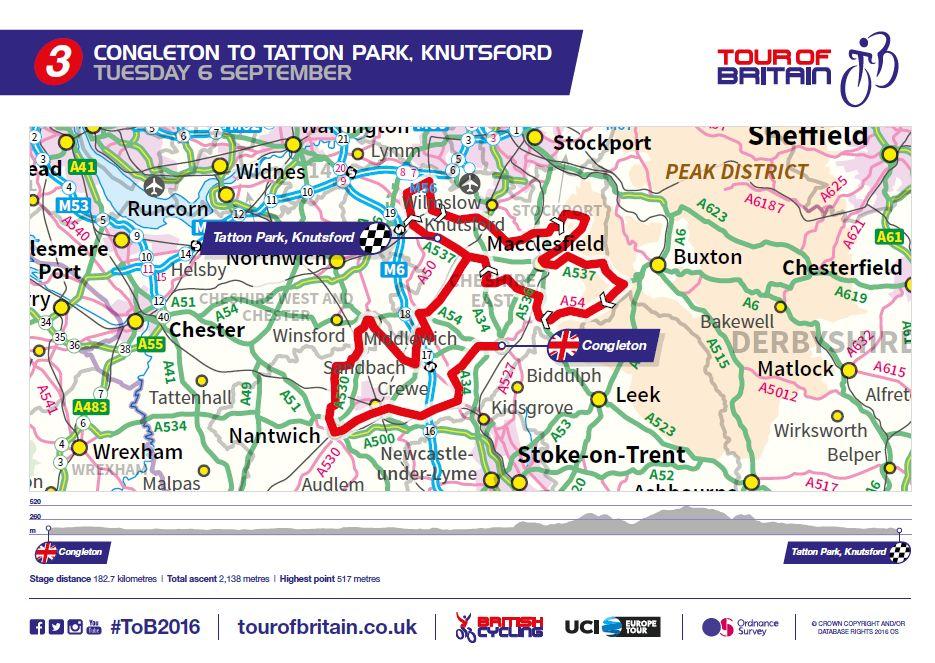 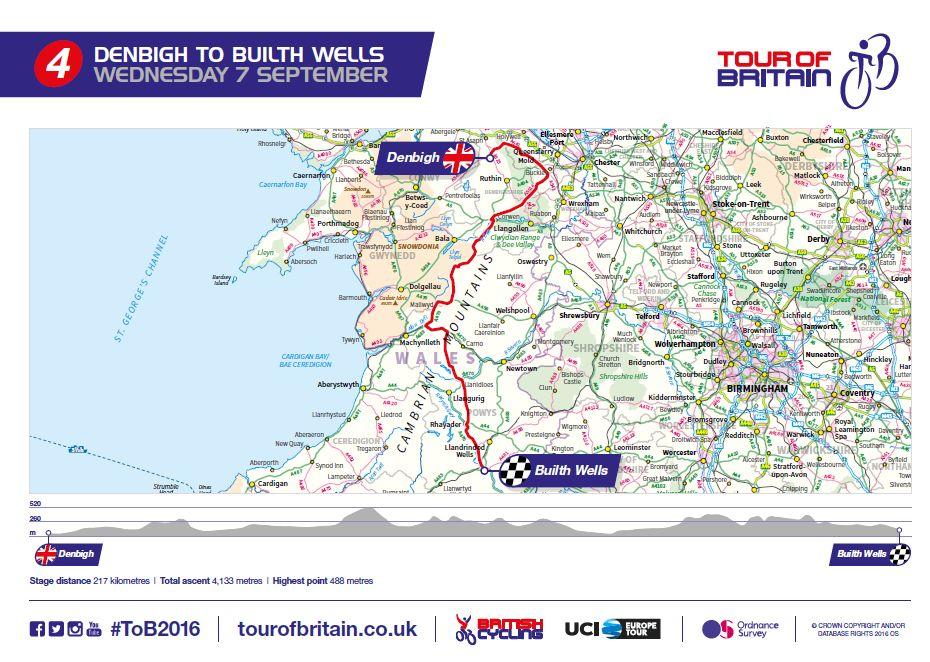 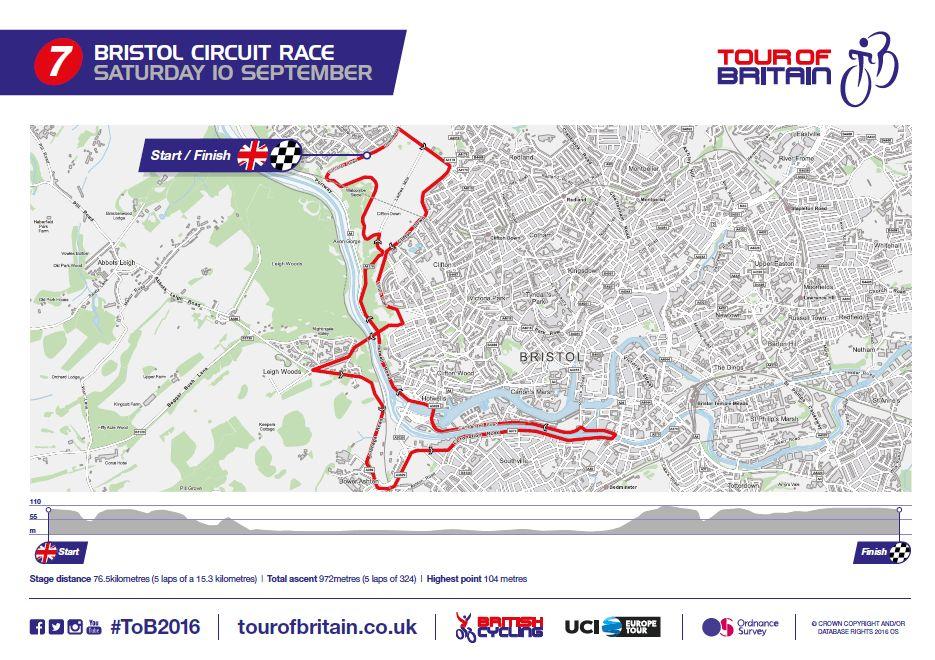