German direct-sales brand Rose has been offering disc brakes on road bikes for a number of years, and for 2016 the company’s new X-Lite CW combines an aerodynamic frame with disc brakes.

The new bike, which replaces the previous Xeon CW aero road bike, is actually offered in two versions. You can have it with direct-mount caliper brakes and quick release axles or, as pictured here, disc brakes using 12mm thru-axles front and rear. It’s actually the same frame. There are disc and caliper rim brake mounts on both, but obviously a different fork is used on the two different bikes. That'll probably help keep costs down. The disc version uses Shimano’s Flat Mount standard for attaching the brake calipers to the frame and fork. The redundant disc mounts on the chainstay are covered with rubber bungs. The frame has clearly been designed to slip through the air cleanly, with truncated aero main tubes, a seat tube that hugs the rear wheel, internal cable and hose routing, and an aero seatpost. Rose claims 8% less drag with this new and improved bike. Will the aerodynamic benefits of the new bike be enough to offset the apparent drag caused by disc brakes? We don’t know, but we’ve contacted Rose to find out more. 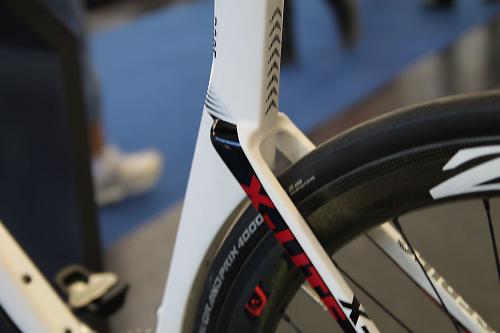 Tyre clearance is increasing on modern road bikes, and the new X-Lite CW accommodates up to 25mm on the rim brake version, and 28mm on the disc bike. Why the difference? 25mm tyres is the widest the direct-mount brake calipers will accept, there is obviously less limitation with disc brakes. 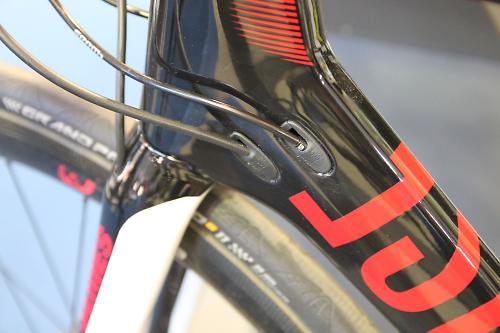 The frame has a modular cable routing system, so it’s compatible with mechanical and electronic drivetrains. There are three bottle bosses on the down tube, the standard position or a lower position which is claimed to be more aerodynamic. To appeal to multisport types, the seatpost can be flipped around to steepen the effective seat angle and push the saddle further forward. 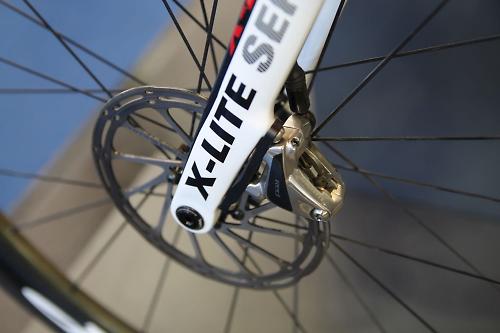 While improved aerodynamics as a key motivator behind the development of the new bike, stiffness hasn’t been ignored - the new bike is claimed to be stiffer than the previous model, with a reported 20% improved stiffness to weight ratio. 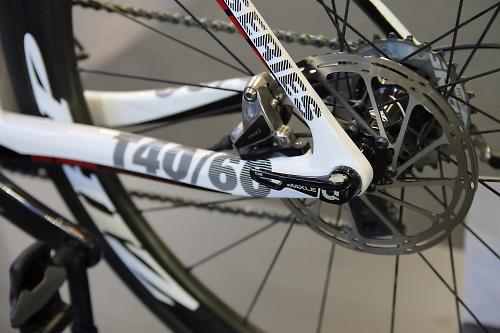 Frame weight is a claimed 990g (but doesn’t specific what size that is for) and will be available in five sizes from 51 to 62cm. The pictured model is the X-Lite CW C-8800 and costs £3,630 with a SRAM Red 22 Hydro R groupset and DT Swiss RC38 Spline wheels. Claimed weight is 7.1kg (15.65lb), impressive for a disc-equipped carbon road bike.