Mio Cyclo has launched its new 200 GPS navigation cycle computer, which retails for £149.99 and comes with OpenStreetMaps pre-installed and a host of other features that should ensure it appeals to new cyclists wanting a simply and easy-to-use GPS computer.

road.cc has tested previous Mio Cyclo GPS computer and been impressed, finding them easy to use with a host of unique but useful features. The GPS cycle computer market is growing all the time and prices are starting to come down quite a lot, making them a more realistic investment for many more cyclists than before. 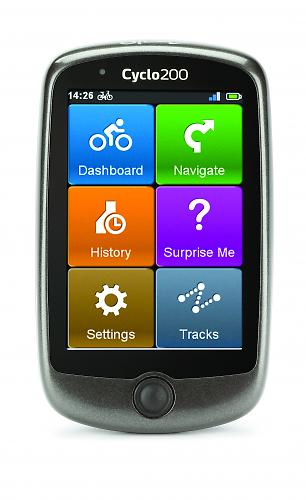 “The Cyclo 200 is the ideal companion for those who enjoy cycling and want a quality navigation device at value for money,” says Harold Cobben, Sales Director B2C at MiTAC Europe.

“Many cyclists don’t need a fully featured, connected bike computer; they just want to trust a navigation device to get them home on a route of interest that is customised to their bicycle type. The Cyclo 200 meets these demands and is the perfect companion for cyclists using an e-bike, or couples cycling on a warm summer day.”

The new Mio Cyclo 200 brings some of that functionality and ease of use to a much lower price point. Featuring a 3.5in screen with an interface designed with simplicity in mind there are six large buttons intended to make it easy to get to the feature you want to use.

The device is water resistant (IPX5 rating) with a battery that is claimed to last 10-hours. It comes pre-installed with OpenStreetMaps software which is a free editable map created in much the same style as Wikipedia, and avoids the usual high costs associated with maps. The mapping software has cycling-specific points of interest such as bike shops, cafes and emergency contacts already loaded up. 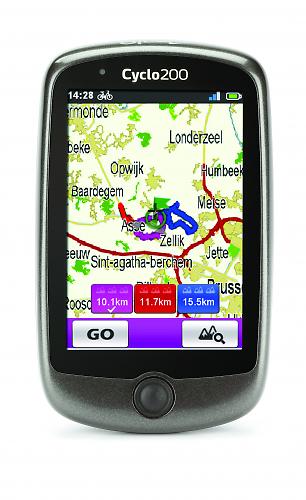 It’s packing the latest Cyclo software which includes the Surprise Me feature. What’s that you ask? It offers a choice of three routes based on time or distance. To help you choose it also provides detailed elevation data and a difficulty level. It’s the sort of feature that would be ideal if you’re riding somewhere new, such as if you go on holiday.

If you prefer you plan your own route, GPX files can be downloaded to the Cyclo 200 using a computer software application provided by Mio. The Mio Cyclo 200 will then provide turn-by-turn instructions with both visual and audio alerts.

Here are the key features of the new Mio Cyclo 200 at a glance: