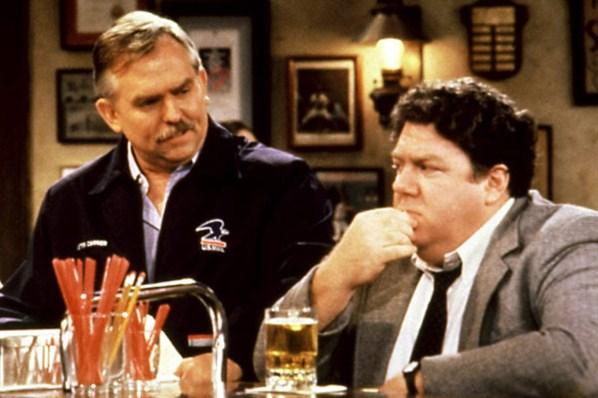 $40m backing of disgraced cyclist's team was worth $140m to government, says defence team...
by Simon_MacMichael

Should he join former England footballer Geoff Thomas on his charity ride in France in July, Lance Armstrong is unlikely to get the same kind of welcome Norm from Cheers received whenever he walked into the eponymous bar in Boston that provided the setting for the hit 1980s and 1990s sitcom.

But it’s another of the show’s characters, Cliff, who has been cited by Armstrong’s defence team in documents lodged in the ‘whistleblower’ case originally brought by former team mate Floyd Landis, and which has been joined by the US Department of Justice.

Played by John Ratzenberger, Cliff Clavin was a postman and the bar’s resident know-it-all (though all too often, he didn’t) with a habit of winding up the other regulars.

So what’s he got to do with Armstrong, stripped in 2012 of his seven Tour de France titles and banned from sport for life, and potentially facing a $100 million sanction in the case?

Well, according to a report on Yahoo.com, documents recently lodged by his lawyers include a 2000 presentation to the US Postal Service’s board of governors about its sponsorship of the team Armstrong had won the first of his seven yellow jerseys with the previous year.

The sponsorship ran from 1998 – the year Armstrong made his comeback from cancer – and ran to 2004, with US Postal backing the team to the tune of $40 million during that period.

But Armstrong’s lawyers say that the government agency’s own review of its sponsorship of the outfit assessed it as being worth $140 million in terms of sales and public relations.

That includes a reference in that 2000 presentation to how its support of the team had helped it combat negative portrayals of postal workers such as Cliff in Cheers and Newman in Seinfeld.

Another US Postal document, from 2003, says that sponsoring the team "may be one of the most effective public relations ventures the Postal Service, and for that matter, any other global service agency, has ever undertaken."

The report says Armstrong’s defence team plan to interview former staff of US Postal to find out whether they had suspicions regarding his doping during the period in question.

His lawyers saying government papers suggest they were "well aware of extensive doping" in the sport and "eye-witnessed its consequences" – the implication being, if that was the case, why sponsor the team?

Meanwhile, the Department of Justice is also waiting on the judge presiding over the case to rule over whether it can secure a deposition from Armstrong’s partner, Anna Hansen.

While they only became a couple in 2008 and he insists she has no knowledge regarding the case, government lawyers want to question her about his record of lying, highlighting an incident earlier this year regarding a road traffic incident in Colorado where she initially claimed she had been driving when, in fact, it was Armstrong at the wheel.

And as for the character of Cliff the mailman? Well, he re-emerged last year in a Superbowl half-time advert that also featured other 1980s icons including the wrestler, Hulk Hogan, on behalf of a retailer that wanted to change perceptions that it is a relic of the past.

That retailer was RadioShack – by coincidence, the sponsor of the team with which Armstrong rode his last ever Tour de France in 2010, the Texan retiring early the following year as the government began to build its case against him that once picked up by the United States Anti-Doping Agency would lead to his downfall.