Round-the-world cyclist Mark Beaumont will attempt to break the Cairo to Cape Town cycling record, a distance of 10,609km, when he sets off today. The record is currently 59 days, but Beaumont aims to reduce the record to just 50 days.

Before he hits the road, Mark has posted this video walking us through the main details of his bike. He's aiming to travel as light as possible, and reckons the kit he's carrying weighs just 8.5kg, which is very impressive indeed considering he's carrying a tent, sleeping bag, tracking kit and spare clothing.

The bike, a Koga Solacio Disc with a carbon fibre frame with Shimano Di2 and hydraulic disc brakes, probably weighs no more than 8.5kg, so it's not a lot of weight at all. 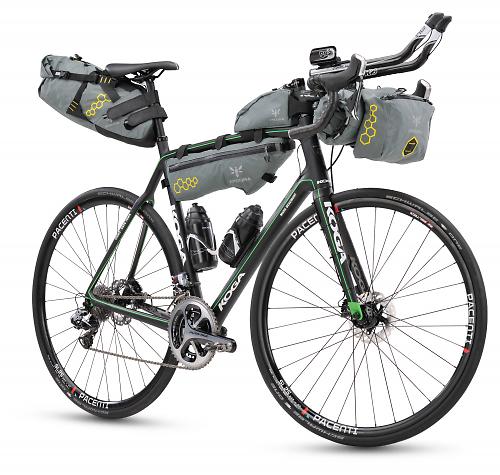 The Solacio Disc is available off-the-shelf in several builds, starting at 105 for £1,399 and topping out with a Shimano Ultegra mechanical groupset and hydraulic disc brakes, costing £2,249. Beaumont’s Solacio isn’t standard though, he’s upgraded to a Shimano Dura-Ace Di2 groupset, the electronic drivetrain offering the sort of reliability in adverse conditions you want in such a distance challenge.

Wheels have also been upgraded. Pacenti SL25 disc-specific rims, which have a 26mm deep profile and 24.5mm width, and an internal width of 20mm, will be shod with Schwalbe One tubeless 28mm tyres. They which should minimise the risk of punctures during his attempt.

He’ll be using a Supernova dynamo front hub to power lights and, via The Plug USB stem kit he has fitted, his computers and other electrical equipment essential for recording the record attempt. 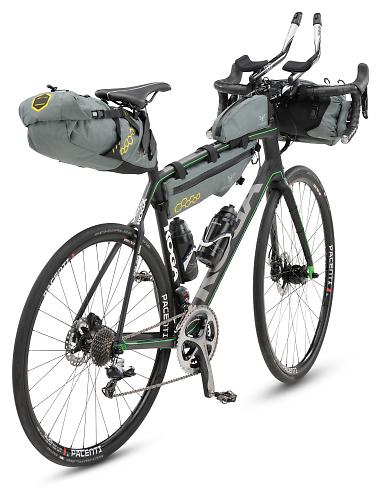 Time trial extension bars are a popular addition for distance and endurance cyclists, and Beaumont is using a PRO Missile setup with a ski-bend, with optional Di2 TT shifter buttons, so he doesn’t have to change position to change gear. For transporting the luggage for his record attempt, Beaumont is using Apidura bike packing bags. He’s using a Mountain Frame under the top tube, a Handlebar Pack, Saddle Pack and a Top Tube Pack.

Cast your minds back to 2008 and Mark Beaumont rode around the world, a distance of  for the 18,296 miles, beating the then world record by 81 days with his time of 194 days and 17 hours. Beaumont’s bike of choice was a custom built Koga Signature Traveller with an aluminium frame and 14-speed Rohloff gear hub and Smitz front hub dynamo.

We’ll have more details on the record attempt when Mark Beaumont announces them on Monday. More details at his website http://markbeaumontonline.com