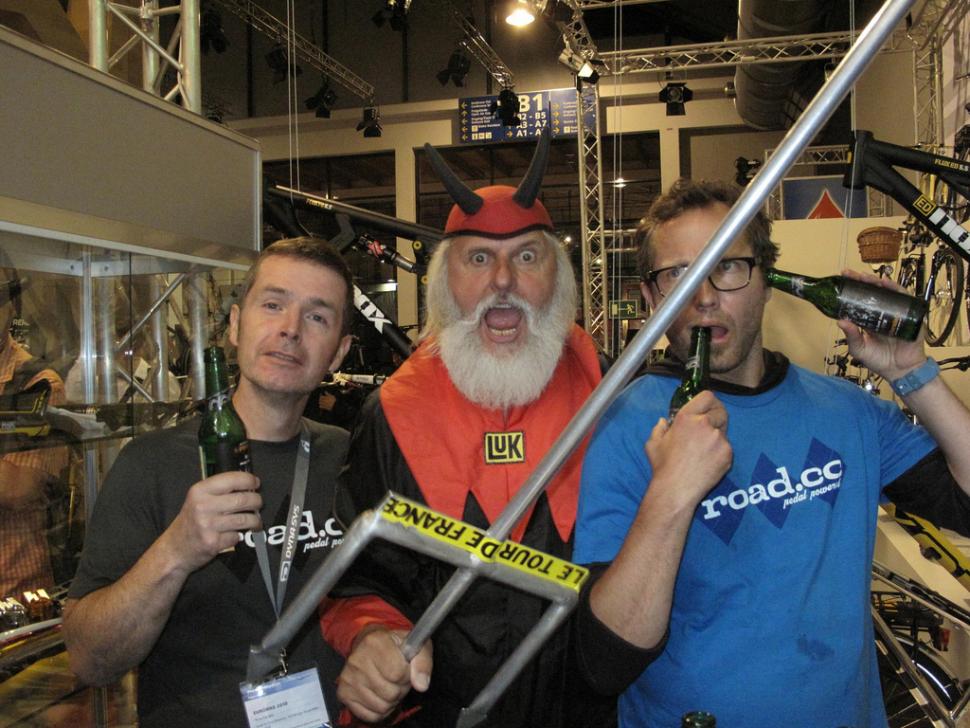 Didi the Devil set to retire?

Cycling's most famous fan to hang up trident after sponsorship dries up...
by Simon_MacMichael

Cycling’s most high profile fan, Didi Senft – better known to followers of the sport here as Didi the Devil – may be set to hang up his trident, the victim of the fallout of a succession of drugs scandals that have hit German cycling in recent years.

The 62-year-old, who apart from skipping the 2012 edition due to brain surgery has been a near-constant presence on the roadside at Tour de France stages over the past couple of decades, has found himself unable to secure sponsorship to continue his passion for the sport, says Bild.

Senft can often be seen on TV towards the end of stages of the Tour de France and other races, his presence heralded by tridents painted on the road, often followed by camera shots of him jumping up and down excitedly, yelling encouragement at the riders.

The problem is though that those pictures don’t air in his home country, with broadcasters pulling the plug on professional cycling there in recent years following doping scandlas including the likes of Jan Ulrich and Stefan Schumacher.

That also caused Germany-based sponsors to pull out of the sport, although there is one back in the highest tier of the sport next year with Alpecin coming on board with the current Giant-Shimano team.

The revival in interest in pro cycling in Germany comes after a Tour de France in which Marcel Kittel, Tony Martin and André Greipel won seven stages between them.

It seems too late for Senft, though, who missed the 2012 Tour de France after having surgery on a blood clot on his brain, and who has set that the lack of media coverage in his home country means he can’t now get backing to finance his travels.