Austrian rider Matthias Brändle of the IAM Cycling team has announced he's having a crack at the Hour Record next Thursday October 30 at the velodrome of the UCI World Cycling Centre (WCC) in Aigle, Switzerland.

The 24-year-old is the reigning Austrian time trial champion, and won two stages of the 2014 Tour of Britain. He says he was inspired to tackle the record after Jens Voigt's successful record attempt on September 18, when the German set the current record of 51.115km. 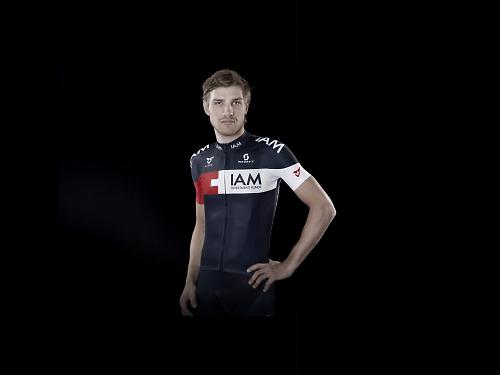 Brändle said: "I have decided to try my luck with the record-breaking effort partially because Jens Voigt has been a role model for me since my childhood. His personality and style mark him out as an exceptional man in my mind. He attacks, and then attacks again in any conditions, and fights to exhaustion, knowing that a win in the end remains a small prospect. That mindset has also become my trademark.

"After he made his own successful assault on the Hour, I knew I also had to try and match his effort. Within just a few weeks, I surprised myself since I was dreaming his dream for myself. Just imagine if I have what it takes to match and improve upon his performance in time and meters." That a second Hour Record attempt is scheduled within a few weeks of Voigt's is something of a victory for the UCI, which amended the record rules in May so that any bike could be used that was within the regulations for track endurance events such as pursuit.

UCI President Brian Cookson said: “I am delighted that a young rider is interested in attacking the Hour Record just weeks after Jens Voigt’s stunning performance. This proves that the Hour Record has again become a dream for athletes. “This is exactly what we hoped would happen when we decided to authorize the use of track bikes with modern designs and technology.”